Five of The Most Entertaining Slots to Play Online

Categorized as
5482
Tagged as
Entertaining Slots to Play OnlineTechnology
Related

How long do you have to hold Bitcoin before Selling

The Importance of Research and Analysis in Cryptocurrency Trading

What’s the Purpose of a Crypto Wallet – 2021 Guide

Why are Cryptocurrency Markets so Volatile?

Why does Bitcoin influence other Crypto Coins

Things all people get wrong about Cryptocurrency Mining

Which Cryptocurrency has the highest volatility?

Fans of online slots are now spoiled for choice after the world’s leading software developers unleashed a barrage of exciting titles in recent years. They bring the excitement of the casino floor to the palm of your hand, while offering a wealth of intriguing features and spiralling jackpots.

These are seven of the most entertaining slots to play online:

Jackpot Giant is a 5-reel, 50-payline progressive jackpot slot, set on a volcanic island in the Stone Age. The graphics are superb, featuring a bearded giant bounding about behind steaming volcanoes. Ace to Jack stacked symbols are carved out in stone. The progressive jackpot generally goes past the $1 million mark. You can trigger it by landing a five of a kind combination across the middle row. 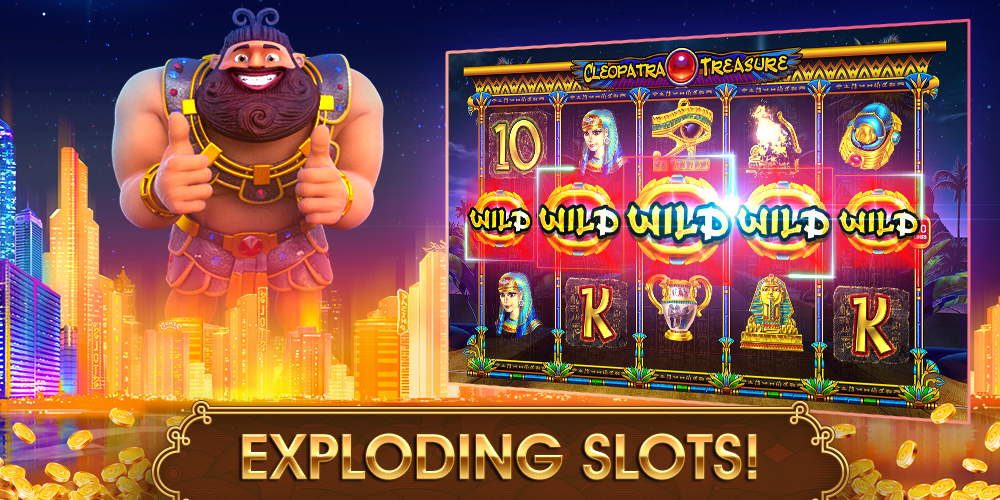 Just bear in mind that you need to play at the maximum stake of $4 in order to be in with a shot at winning the progressive jackpot. If you get five wilds, but they are not all on payline 1, you will win 50,000 times your line bet, which essentially works out at 1,000 times your stake. There is also a click me bonus, which sees you earn between 15x and 30x your bet by picking volcanoes.

Age of the Gods Norse: Ways of Thunder

Join forces with Zeus and Aesir in this 5-reel Norse-themed video slot, which can be played here. This legend-based game features wild and scatter symbols, four jackpots and a variety of bonus features. There are initially 45 ways to win, but the active parts of the reels expand after you win, providing an additional 3,125 ways to secure victory.

Playtech designers worked hard to create an authentic Nordic setting, replete with snow-dusted rocks, mysterious runes and a portentous sky. Fans of Norse mythology and Marvel Comic Universe enthusiasts will love the lightning feature, which boosts your paylines. The wild symbol is naturally Thor’s hammer. This feature-rich slot has an average return to player (RTP) of 96.61%, while the maximum win is 5,000 times your stake, alongside a thunderous jackpot.

This is an exciting new slot game released in 2020. It transports you back to the rootin’ tootin’ Wild West, where you will find all manner of fun and mayhem. Swing open the saloon door and discover a gorgeously designed 5-reel, 25-payline slot with a broad betting range and a max payout of 10,000 times your stake. Wagers start at just $0.05 and go all the way up to $500 per spin, ensuring that all budgets are catered to.

It has a high volatility, which can ensure that you strike it lucky early on. Overall it has an average RTP of 96.14%. Wilds include the sheriff badge and the “WILD” branded sign, while you will see scattered revolvers alongside the gunslingers, bandits and saloon girls that pop up.

Legendary jockey Frankie Detorri rode all seven winners on the card on a single day at Royal Ascot in 1996. The cumulative odds were 25,051 to 1 on his astonishing achievement, which saw bettors take the bookmakers to the cleaners. The Italian rider’s achievement has now been immortalized in the popular Frankie Dettori’s Magic Seven Jackpot slot. It features 5 reels and 25 paylines, If you land two Magic Seven logos, you will be rewarded with a scatter win. Land three and you will unlock the free spins bonus.

The jackpot allows you to earn 7,777 times your stake. The maximum regular jackpot is pretty substantial, and the prospect of winning 35 free spins with relative ease keeps things interesting. You can adjust the number of active paylines to suit your preferences, and many fans will enjoy this level of customization. It is primarily aimed at horse racing enthusiasts, but there is much to appreciate here for all manner of players.

This classic slot from Habanero has kept fans enraptured for many years. It replicates the opulence of Ancient Egypt, featuring pharaohs, Pyramids, scarabs and wondrous treasures. Ancient Egypt is a popular theme for slots developers, but the graphics in this game are a cut above the competition.

The gameplay is also captivating. It features 25 paylines and 5 reels, with Pyramid scatters that activate respin bonus features. Wins during the bonus game will be trebled as a gift from the pharaohs. The RTP is 96.7%, which is a little higher than average. It is another high volatility game, which pairs well with the preferred strategies of many players.

This high-quality online slot from RTG immerses the player in Chinese culture and dazzles with a number of rich features. Lucky Tiger is entertaining and challenging in equal measures, featuring 5 reels, 88 paylines, a gong scatter symbol and a golden tiger wild.

You will find 44 different ways to win. A unique feature is the inclusion of three separate bonus rounds, which are significantly different from one another. The Lucky Tiger feature gives you up to 8 free spins, and scoring up to five scatters leads to additional free spins. The gong feature gives you 8 or 18 free spins, with wild scatters providing another 5 free spins. The Tiger Fortune feature awards you 8 free spins, with a multiplier equal to the number of free spins you are on. There are two progressive jackpots, which increase in value with each spin.

The Power Zone feature sees regular symbols lit up with a blue electric line, and these zones can be connected to neighboring areas, boosting your chances of landing a significant prize. You can land anywhere from 3 to 6 scatter symbols, resulting in 12 to 50 free spins. This is a high volatility game with interesting features, so it has proved popular among many players.