How to choose a tablet to fit your needs

The world of gaming is a diverse and evolutionary realm, and one which is capable of surprising and delighting players in equal measure. From wildly unusual games to the rising trend for cross-platform gameplay, this market is constantly changing while it is also continuing to grow at a frightening and exponential rate.

With this in mind, here are five genuinely shocking facts about gaming in 2016. Buckle up and fasten your chin strap, as it is going to be a bumpy ride!

Did you know that a new game has recently been released in which babies attempt to kill themselves while their parents try to spare them? Think of infant lemmings being shepherded by watchful parents, who continue to remove hazards and deadly items from their babies’ wake. This underlines just how competitive the modern market is, and how far developers will go to create an inventive concept.

The rise of social gaming and has been pronounced in recent times, with bingo sites as the source, there are now in excess of 3.4 million online bingo players in the UK alone. Statistics suggest that this number is higher than those who play traditional bingo, so this represents a huge market shift!

Have you ever heard of Victor De Leon III (aka ‘Lil Poison’)? He is considered to be the world’s youngest ever professional gamers, having started out when he was four and begun playing competitively when just seven years old. He lives in the U.S and is something of a celebrity in his hometown, as you would expect.

Board games remain surprisingly popular around the globe, especially in poorer countries where technology is prohibitively priced and relatively expensive. Some of these games are incredibly complex and long-winded, however, with the seriously-titled ‘Campaign for North Africa’ taking an average of 60 days to complete! It is therefore the longest and most convoluted board game in the world, and one to be avoided during holidays.

Aside from educational games, we are constantly told that video and PC gaming is bad for us. Scientific research has suggested that certain types of games actually boost mental aptitude and brain power, however, particularly those that involve strategy and forward-planning. 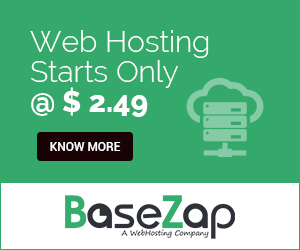 January 16, 2016, No Comments on How Technology Has Changed The Consumer Market For Good