Sony has already released two teasers for their MWC 2015 event where they are going to launch Xperia M4 Aqua and Xperia Z4 Tablet and continuing the streak Sony came up with the third teaser which confirms the PS4 Remote Play coming to Xperia Z4 Tablet as well (first seen in Xperia Z3).

Sony’s MWC event is schedule on 2 March 2015 where Sony will release two new devices which have already been confirmed by so many leaks.

Below is the third teaser pic released by Sony on Twitter. 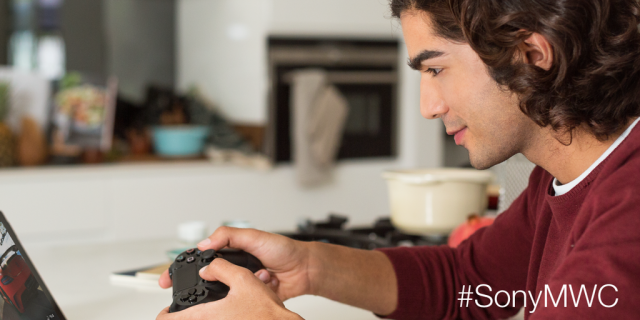 We are expecting one more teaser before Sony goes for their MWC 2015 press conference which is only 1 day far now.

What are you expectations from MWC 2015 event, let us know. Drop your comments below.