Sony’s MWC 2015 conference expected to be on 2 March, Barcelona

Mobile World Congress Event is near now, it is scheduled between 2-5 March 2015 in Barcelona. Sony’s MWC Conference is expected to be on 2 March as revealed now. Recently at CES 2015 Sony launched stainless steel edition of SmartWatch 3, Sony NW-ZX2 Walkman and Sony stated the timings of Android 5.0 Lollipop update release. 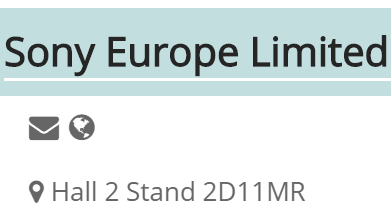 Xperia Z4 and Xperia Z4 Ultra have been in rumors, can we expect any of the device at MWC 2015, chances are very less but if not any flagship device, will Sony go with some mid end device; questions arises. It is also in news that Sony is planning to cut a bit of its smartphone business, in that circumstances where does Xperia lineup stands.

What are you expecting from Sony at MWC 2015 ? Let us know, drop your comments below.