User “iRimas” who holds a prototype version of Sony D6503 Sirius has leaked some of the new android 4.4.2 KitKat based new Xperia UI’s Walkman Lock Screen Screenshots which are almost similar to android 4.3 Walkman lock screen except some of the native android 4.4 KitKat features, let’s have a look at it.

On the lockscreen, music scrubber is displayed and you can select any part of music to be played, this feature is right now not available on android 4.3 Xperia Z1 as it is a native KitKat feature. Camera launch icon is also spotted at bottom. 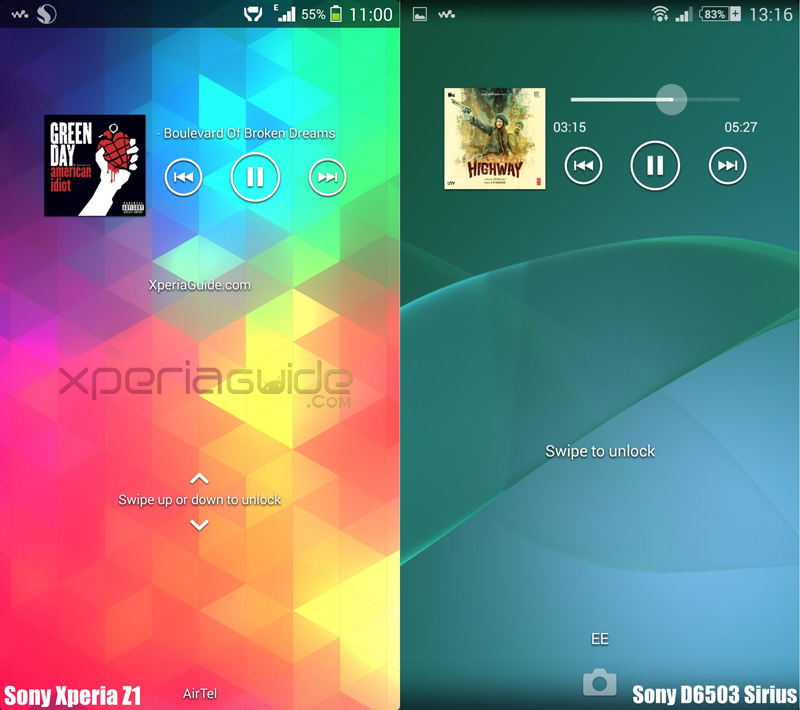 Another interesting statement was quoted by “iRimas” that right now there is no option to switch on ART settings in the firmware running on this prototype, which is again a native KitKat feature. We hope all new features which we saw in Sony D6503 Sirius KitKat firmware also comes to Xperia Z1, Z Ultra and Z1 Compact when android 4.4 KitKat arrives on them.

What do you think guys, is Sony gonna provide these all features on other devices also, we hope so they do. Drop your comments below.