It seems new Sony models are raining daily in year 2014, just now we spotted Sony D6603 in AnTuTu Benchmark database and it seems a high end device probably one of the flagship devices of Sony for year 2014. Earlier today we saw Sony D6503 live photos getting leaked which shows the hardware design of Sony D6503 which seems almost similar to Xperia Z1 in design.

Sony D6603 scores 32996 points in AnTuTu Benchmark along with Sony D6503 which scored 29745 points and was also seen in Indonesian certification. 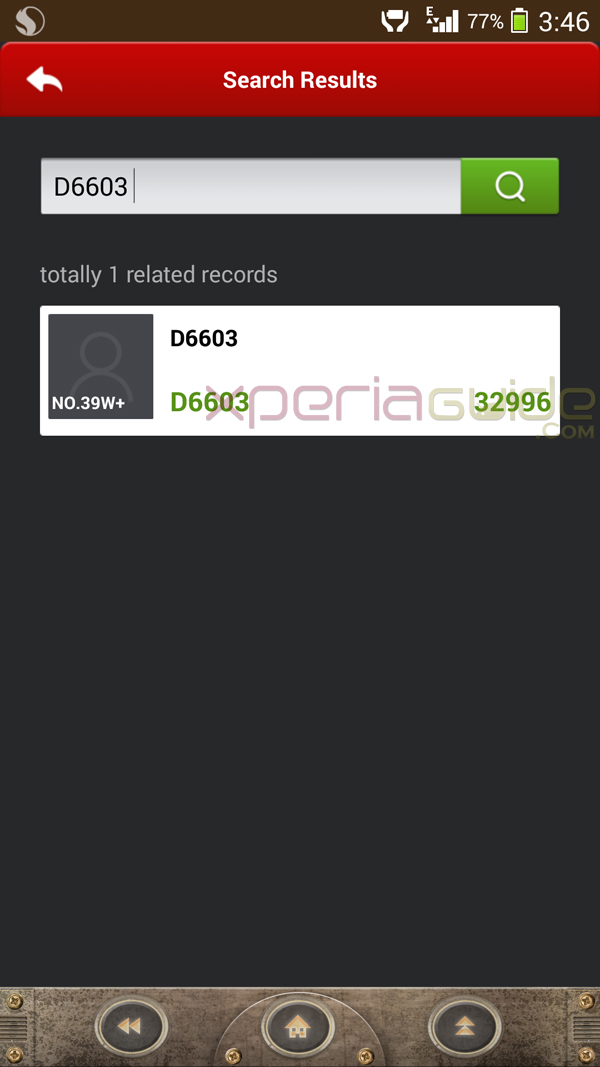 Recently Sony Sirius popped up which as per @Evleaks may see it’s debut at MWC 2014 so we hope that these two devices Sony D6603 and Sony D6503 get unveiled at MWC 2014 event.

What do you think guys, so many Xperia devices for year 2014 have already been launched like Xperia Z1 Compact, Xperia Z1S, Xperia T2 Ultra and Dual, Xperia E1 and Dual. It seems Sony is pretty much ready to compete in 2014 among all categories of android smartphone.