A few days ago we saw leaked LG V510 manual which showed that is measures 216.8 x 126.5 x 8.3 mm with 8.3-inch display, 1920 x 1200 pixels resolution which certainly makes it a 8 inch device, well probably a tablet. Just now the legendary EvLeaks posted on their Twitter page confirming that “LG V510 is indeed a Nexus Tablet”.

Well it sparked new rumors about new Nexus 8 tablet and a 2nd generation Nexus 10 tablet. Let’s see what EvLeaks has got on LG V510.

The LG V510 tablet is indeed a Nexus device. [via tip] pic.twitter.com/hhKZ2B9NtQ

At present nothing can be said about the existence of  LG V510 but if the  leaked service manual of LG V510 is to believed it’s a 8 inch device so we may see Nexus 8 tablet soon and under the markings of LG this time, not ASUS or SAMSUNG. 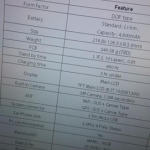 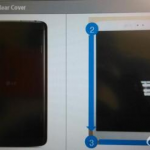 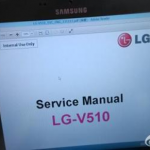 No specific info yet, as soon it comes we will keep you posted. Excited about Nexus 8, yes we too.