Mysterious Sony device with code name “Sony 78YB16RC98PW62B1” running Snapdragon 810 MSM8994 Octa Core chipset has been benchmarked on GeekBench exclusively. It is spotted running Android 5.0.2 OS. A few days back Qualcomm released a statement that future Sony Xperia device of 2015 will have Snapdragon 810 SoC so is this mysterious device Xperia Z4 ? ( can’t be said at this moment ).

It is very clear that Snapdragon 810 SoC is associated with some high end device and most probably the next Sony Xperia flagship device.

Below you can see a screenshot from the benchmark. 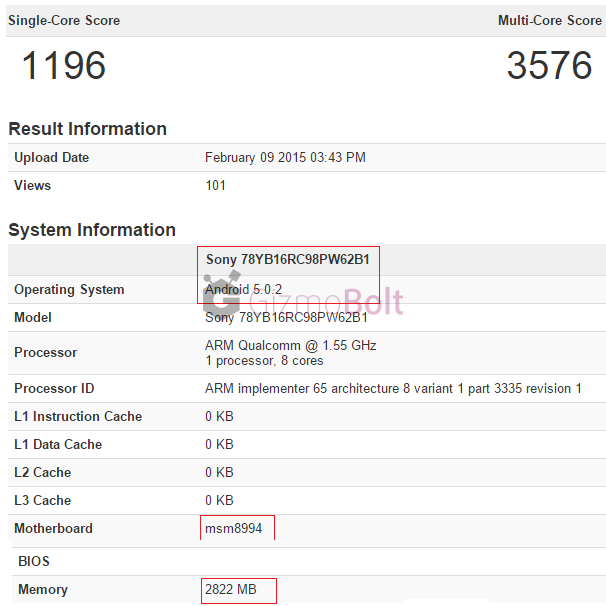 Do you think Sony is playing 1 flagship per year strategy now ? Let us know, drop your comments below.