Earlier today serial leakster @evleaks posted a pic of Xperia device named Sony Lue Z which was assumed as Sony’s upcoming windows device as seen from the pic where pox of Sony Lue Z was seen and a snapshot of Sony Lue Z with Windows 8.1 running.

Though @evleaks confirmed that tip came from an unknown tipster so take it with a pinch of salt well now confirmation has come that Sony Lue Z doesn’t exist.

@evleaks have confirmed saying “Pretty convinced that Sony is fake now, after consulting numerous people, so I pulled it down. Sorry if it got your hopes up” Sony Lue Z is fake device for the time being. Rumors came a few months back that Sony will be launching a Windows based device well it seems hopes are not so good for now.

Below you can see the FAKE pic of Sony Lue Z sent to @evleaks. 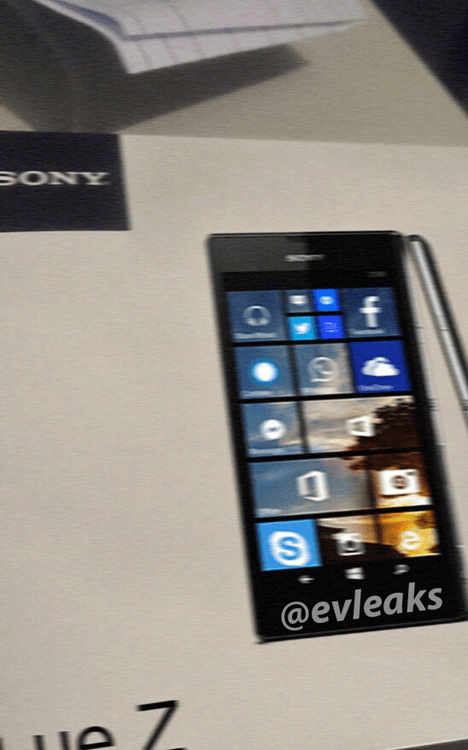 Time to time some rumors and leaks are coming about Sony working on a Windows based device well now it seems this is kind of a smoke without fire!

Do you want to see Sony launching a Windows OS based device with “Xperia” tag or some other “tag” ? Let us know. Drop your comments below.