A few days back we saw a bit info regarding Sony’s 2014 models viz. Sony D6503, D5322, D5303 and D5503 on Indonesian Postel website. Sony D5503 is considered as the global version of Xperia Z1 f ( released in Japan only for the time being ). Just now we spotted a few more Sony 2014 models listed on same legitimate Indonesian Postel source. 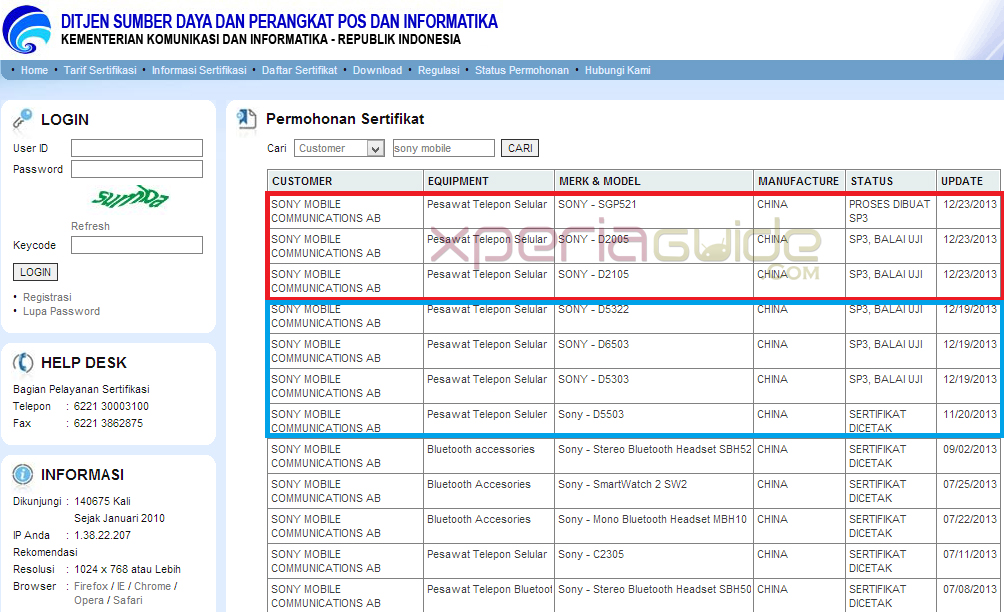 Above listed new Sony 2014 models clearly states that many new models are cooking up in Sony’s camp now. Sony has already mentioned that they are having a press conference on 6 Jan 2014 at CES 2014, hope to see some new models either at CEs 2014 or MWC2014 event.

What do you think guys on it…