Xperia C3 is right now on Android 4.4.2 version and a new 19.3.A.0.468 firmware has been certified on PTCRB, which seems that it is the new Android Lollipop firmware which Sony mentioned. 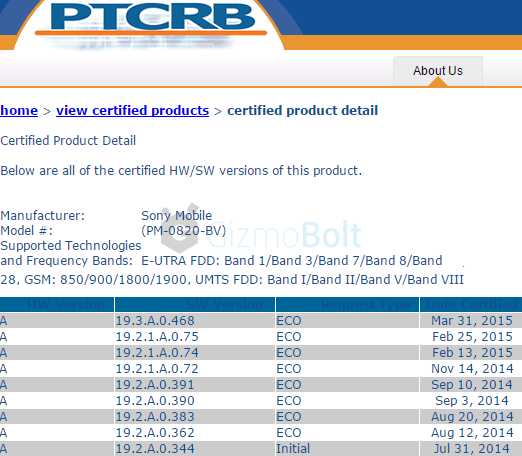 We have already seen some alleged screenshots showing Android 5.0 Lollipop running on Xperia C3 which earlier seemed fake but now it looks they were real.

We will keep you updated once Sony rolls Lollipop update for Xperia C3 users.