Sony has scheduled the launch of Xperia E1 Dual and Xperia E1 on 10 March and 25 March respectively at a price of Rs 10490 i.e $172 and Rs 9490 i.e. $155 respectively officially in India while Xperia E1 Dual is already available at Rs 9999 from Infibeam onlie store in India. Just now we spotted Sony listing the Xperia E1 across many regions in Europe under “coming soon” tag at their Sony Online Stores with price.

Check below the listing of Xperia E1 in European regions. 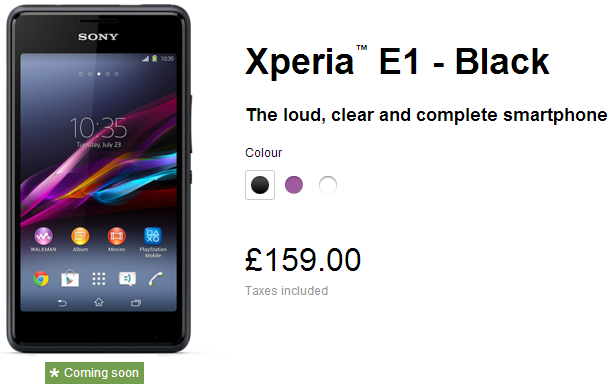 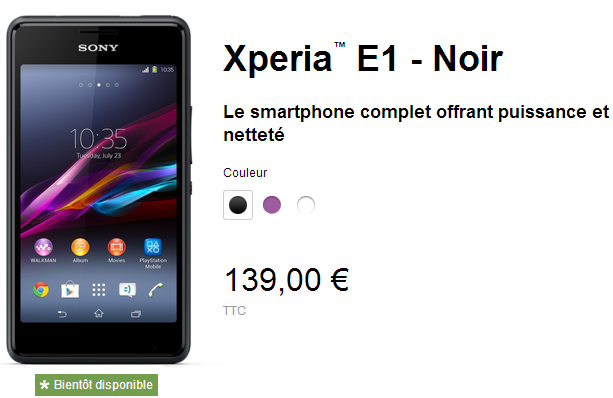 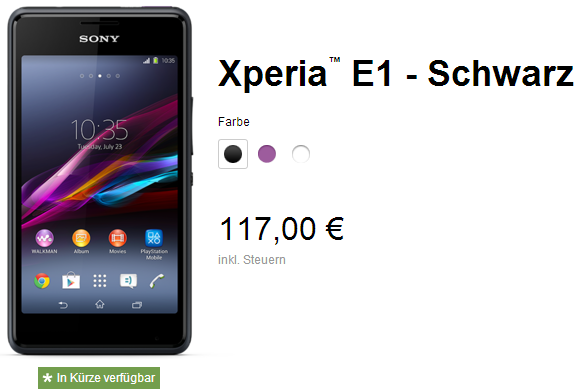 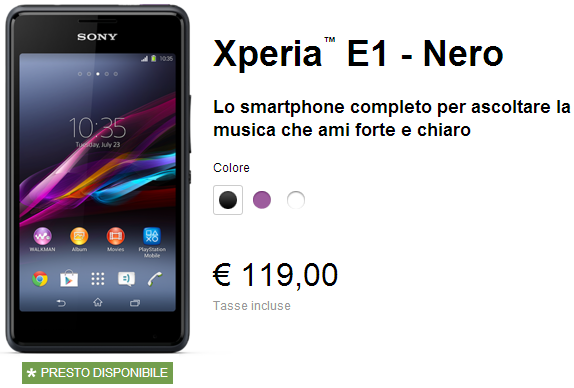 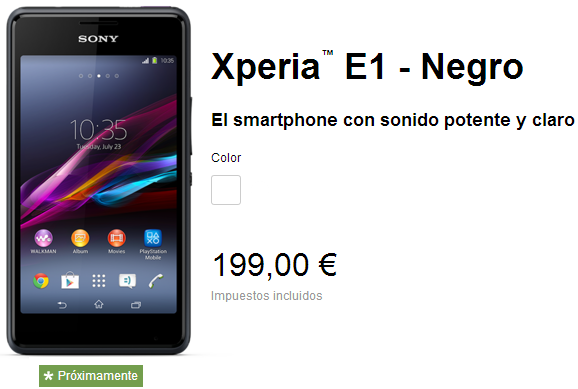 As soon as Xperia E1 goes out for pre-order, we will let you know. What do you think guys, is Xperia E1 priced decently as per its specifications, let us know. Drop your comments below.