Sony officially launched SmartWatch 2 SW2 with black silicon wristband priced at £149.99 in UK and a stand alone Strap SE20 which is available in 7 customized colors at £20.99 in UK. Sony has added officially another wristband edition i.e. Sony SmartWatch 2 with Silver steel wristband; another FIFA edition wristband of SmartWatch 2 is soon expected as FIFA World Cup 2014 dates come near.

Sony SmartWatch 2 with Silver steel wristband has been priced officially  in UK at £169, €199 in France, Germany, Italy, Netherlands, Spain, 649 zł in Poland ( €154 ), 1799 kr in Sweden ( €204 ). It is priced most expensive in Sweden for the time being and is available in stock at Sony Online Stores in European regions.

Below you can see the listing of Sony SmartWatch 2 with Silver steel wristband. 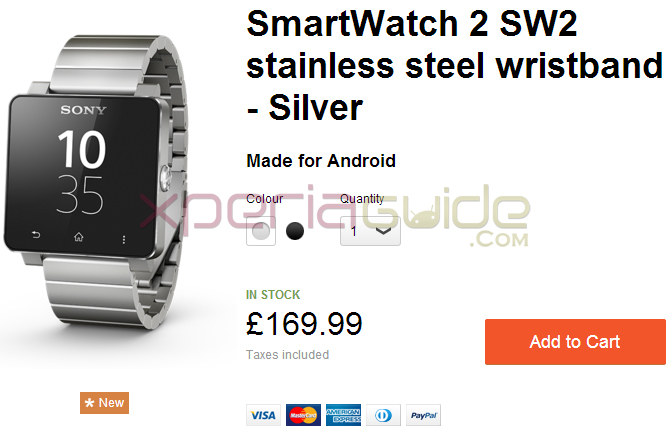 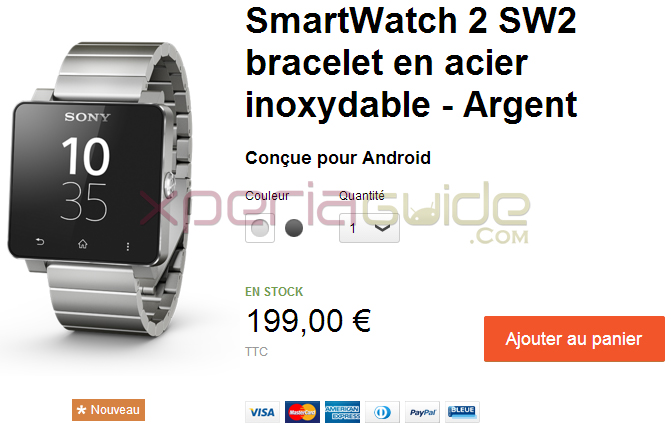 What do you think guys, this Silver Wristband fancy you. Let us know, drop your comments below.