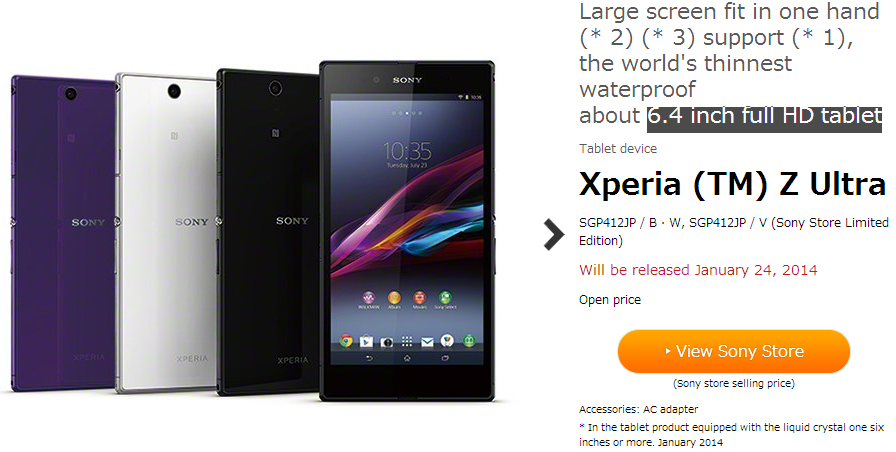 As a promotional offer Sony is giving “E-Book coupon worth 1000 yen” to the customers on first come first serve basis.

When Xperia Z Ultra was launched many users said that it is a trouble for carrying such a huge smartphone but with only W-Fi version, Sony dubbing it as tablet, will you take it.

We want to ask this question to our reader, will you buy Xperia Z Ultra Tablet ?