Are you looking for buying a small tripod stand for your smartphone, well if yes we have something for you. It’s review time now and we have picked Sony Smartphone Tripod SPA-MK20M stand today for reviewing. Well recently starting with Xperia Z and till Xperia Z1 we have seen some of the best ever mobile camera provided by Sony in their Xperia Smartphones; Xperia Z1 having outstanding camera quality with 20.7 MP rear cam with Sony’s “G” Lens. Sony Smartphone Tripod SPA-MK20M is the perfect pick for every person who uses his Xperia smartphone much for photography.

Sony Smartphone Tripod SPA-MK20M comes in a white-red combination box with FIFA World Cup 2014 Brasil logo which was also seen on the box of Xperia Z1 and Z Ultra. Inside box you find one tripod stand and carrying pouch for the phone.

Back side of box read the description about specifications and size of Sony Smartphone Tripod SPA-MK20M and a pictorial guide on how to use it. 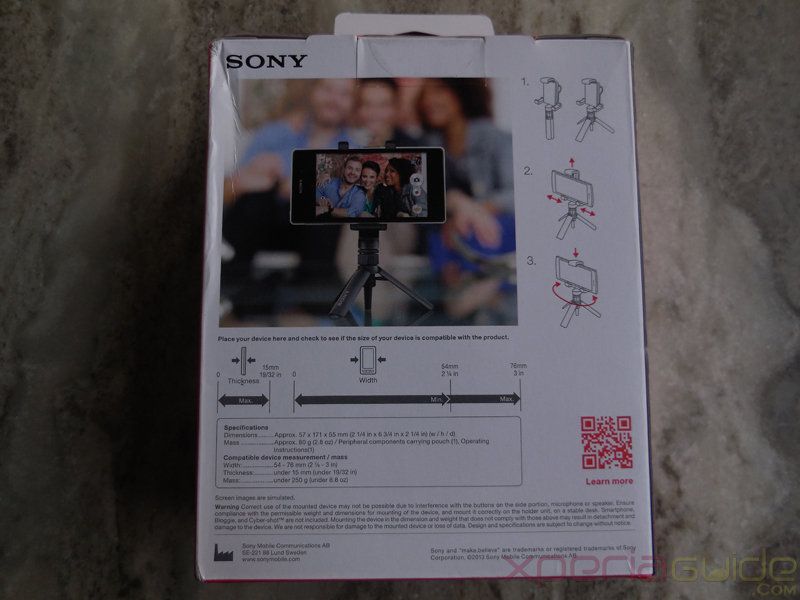 We have tested the Sony Smartphone Tripod SPA-MK20M with our Xperia Z1, it goes well and it should also go well with other Sony Xperia devices. Steady pictures and capturing videos are a lot easier now 🙂

How to adjust your phone on Sony Smartphone Tripod SPA-MK20M ?

First of all assemble all the products at a place. It has a tripod stand and universal camera holder which has a standard 1/4-20 UNC internal camera thread that can be attached to a full-size tripod or any other mount. 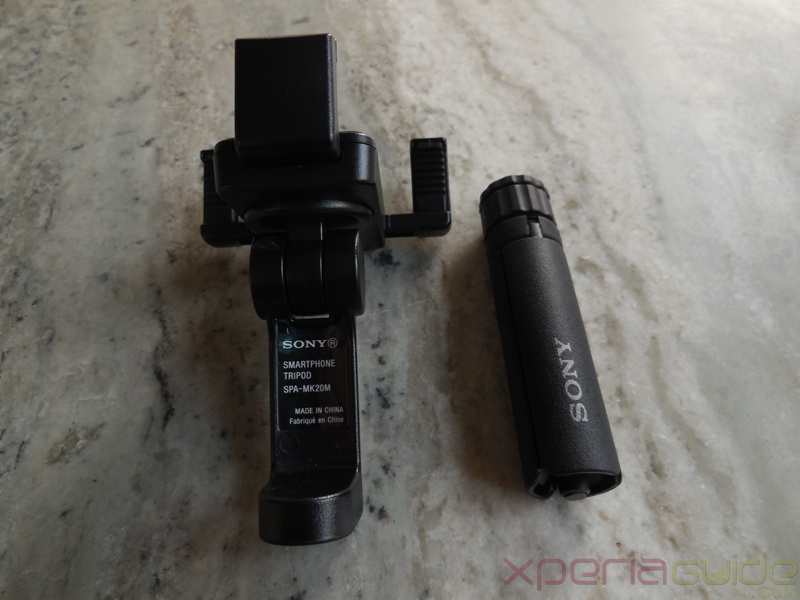 Open the legs of Sony Smartphone Tripod SPA-MK20M stand and place it gently on a plane surface. 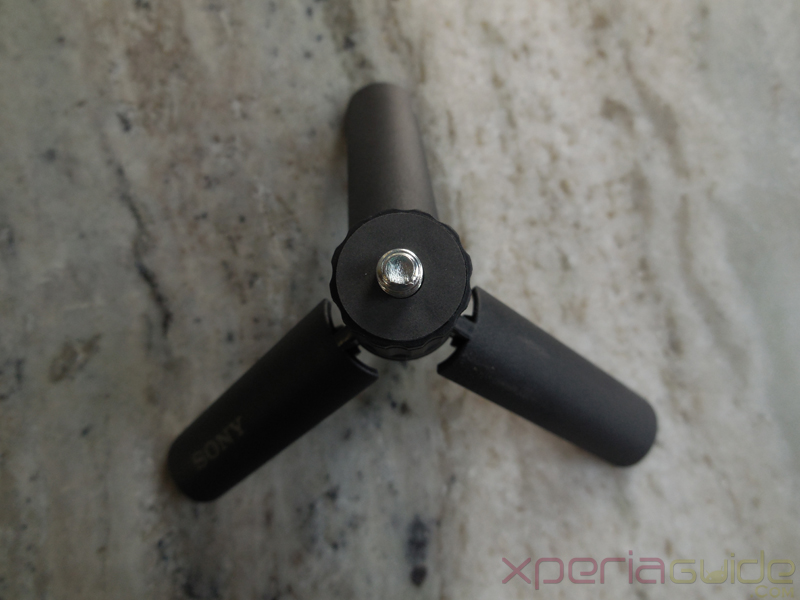 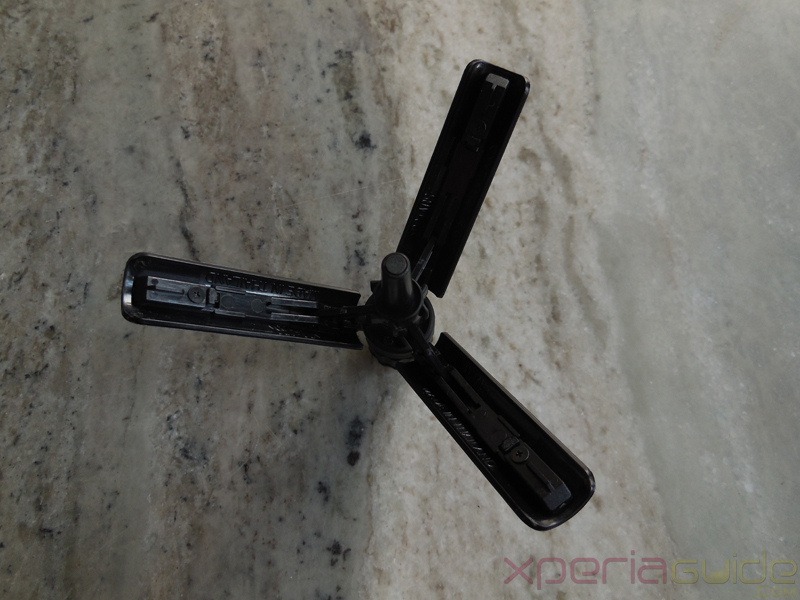 Now screw the camera holder on the tripod stand. 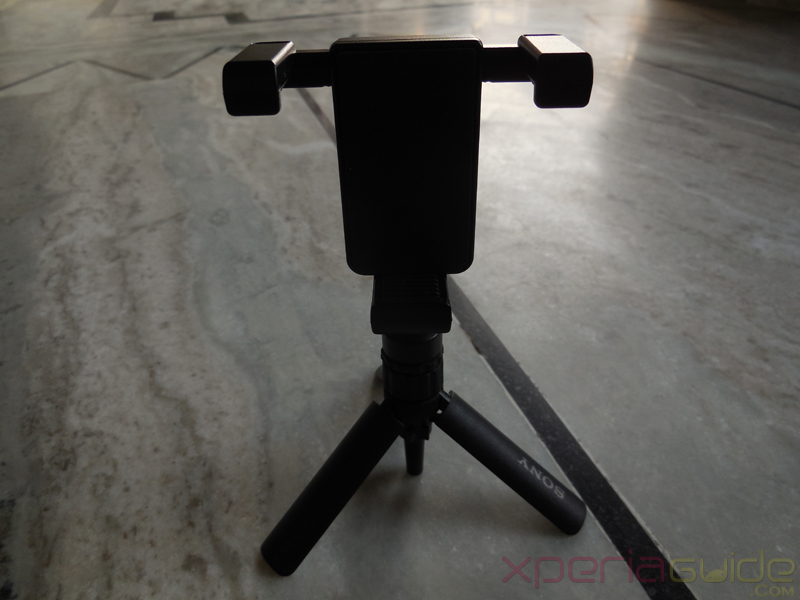 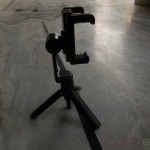 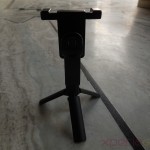 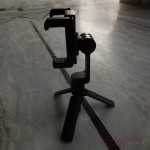 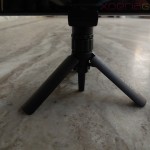 Now after adjusting the camera holder on top of tripod stand, just help of some other person and ask them to hold the phone and stretch the slider on universal camera holder from both sides ( top sliders are stretched to opposite directions and bottom slider is stretched upwards ) and in the mean time place your phone inside it gently. 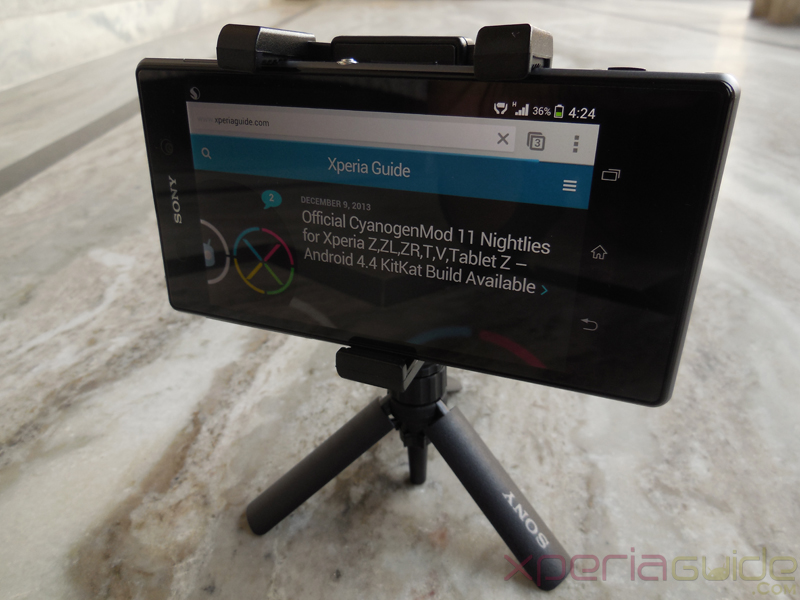 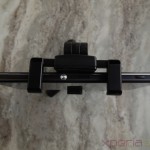 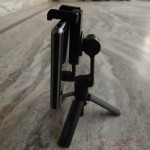 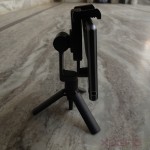 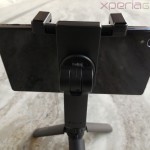 If you are looking to buy it, MobileFun ships it worldwide; check the listing of Sony Smartphone Tripod SPA-MK20M at MobileFun.

We also tried adding the tripod stand to our Nikon cam and it fits well so it’s a multi-usage item, you can use it on many devices. Very much satisfied with the Sony Smartphone Tripod SPA-MK20M. Do let us know if you have used this product or any similar you are using, we would like to hear your views. Drop your comments below.