As Internet is widespread around the world, in an era where it is connecting people, it has its demerits also due to some restrictions put over geographical boundaries, security issues, etc. Many users are not able to surf a particular content which is not available in their country or fears security while browsing.

Rocket VPN android app version 1.9.1999 is available from Play Store for download. You will get 500 MB free data usage on signing up.

You can also try the unlimited plan for free for a few days initially. 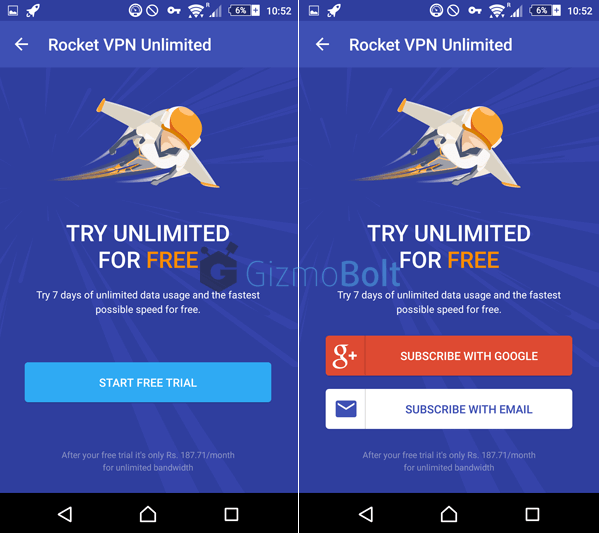 After you are done with the app installing, open the app > Click on “Change Location” option. Choose a location which has good server strength. 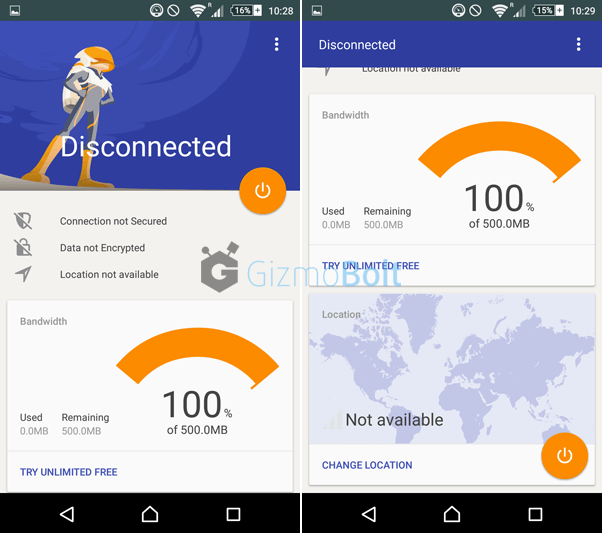 Notice the “orange icon” tap on it to choose the desired server. 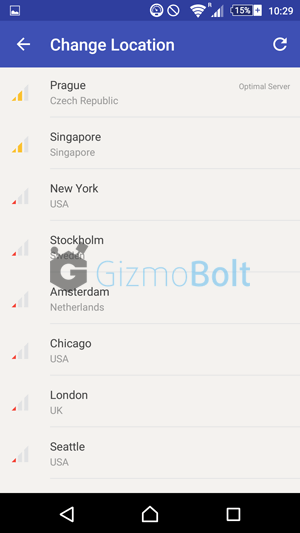 A word of caution from us that you should be aware that the VPN you are connected to will monitor the network traffic but Rocket VPN android app doesn’t share your connection with other users as other VPNs (like Hola VPN).

As soon as you are connected to the desired VPN server, you will see the “key icon” in the status bar. 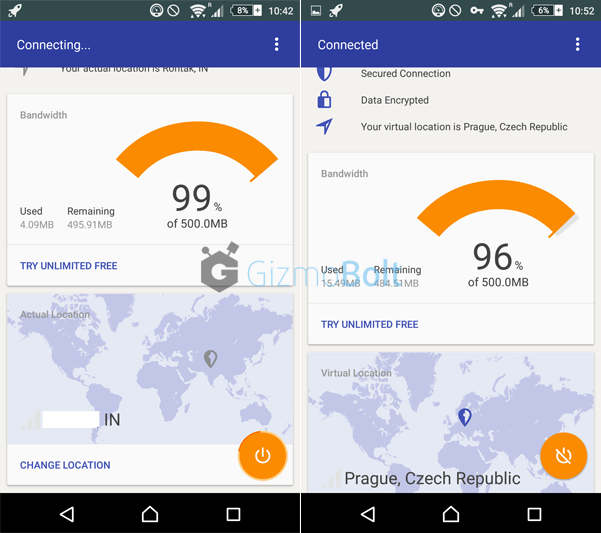 “Czech Republic VPN” was chosen for testing by us and app works like it said. We tested the connection on a Wi-Fi network and it showed Czech Republic as location while doing an IP finder search but sometimes it showed other location also. 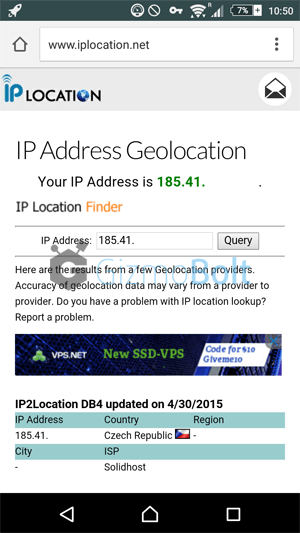 Speed of network is the main issue when you are connected to a VPN service and we would like to mention that we saw only 5-6% drop in the network speed over VPN which normally happens.

App follows material design UI as per latest Google Android UI. If you are looking to unblock the full potential of accessing internet surfing securely then Rocket VPN android app is a great choice.

If you are using Rocket VPN android app or any other app, do let us know your experience in comment section below.