Sony Mobile is sending press invite for its CES 2016 press conference, which will be held on 5th Jan, 2016 at Las Vegas. The teaser pic from Sony shows its various consumer electronics items like speaker, headphones, Alpha camera, Xperia smartphone and Smart TV.

For the time being we have not seen any leaks regarding upcoming Xperia smartphone which might be launched at CES 2016.

Check out the Sony’s CES 2016 teaser pic below. 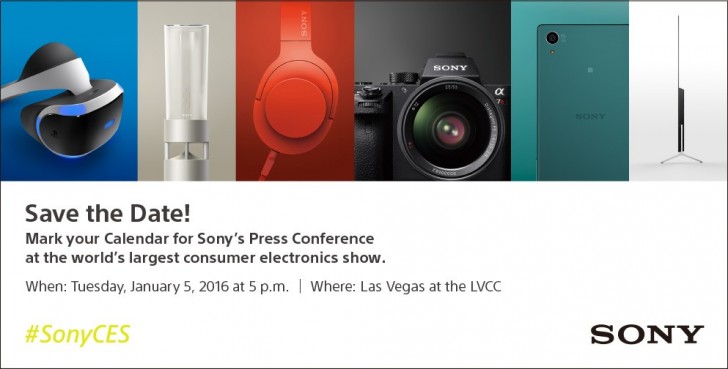 We will soon post the live video link to watch Sony CES 2016 Conference once it is out.

What do you think guys, are we going to see Sony’s new flagship at CES 2016? Let us know your views, drop your comments below.