Exactly after Sony sent emails for “Something extraordinary is coming” campaign for MWC 2014, 24 Feb Conference and tweeting the same with #XperiaDetails hashtag; just now Sony posted a video teaser of “Something extraordinary is coming” at MWC 2014. What is seen in video is a red cloth flying in an artistic way, though nothing can be judged from the video about next generation device yet. It may happen red color in video indicates towards Android 4.4.2 KitKat firmware getting unveiled with new Xperia UI.

This is the #2 teaser from Sony for “Something extraordinary is coming” campaign after posting a flash pic related to the same. Have a look the video below.

As we know Sony they will continue featuring more teasers till MWC 2014 event, hope to see some sight of new flagship device in next teaser pic or video.

We will keep bringing more and more teaser info, stay tuned. Drop your comments below.

We all know that on 24 Feb Sony’s press conference is due at MWC 2104 event and it is expected Sony will unveil the next generation of “Best of Sony” in form of Sony D6503 Sirius aka Xperia Z2 and Xperia Z2 Tablet. Just now we noticed an email from Sony Mobile which is being sent out with wording “Something extraordinary is coming”…Hear it from us first. In the email it says “Very soon you’ll be able to experience why the latest from Sony Mobile is extraordinary in every way“.

Sony Mobile is inviting people to pre-register so they get to know about it as soon as it is out. As the wordings from Sony came just a few days before MWC 2014, it is probably about the new generation Sony Xperia Smartphone and Tablet or it can be something else too.

Let’s have a look at the email from Sony. To Pre-Register for the below news, follow this Sony registration link. 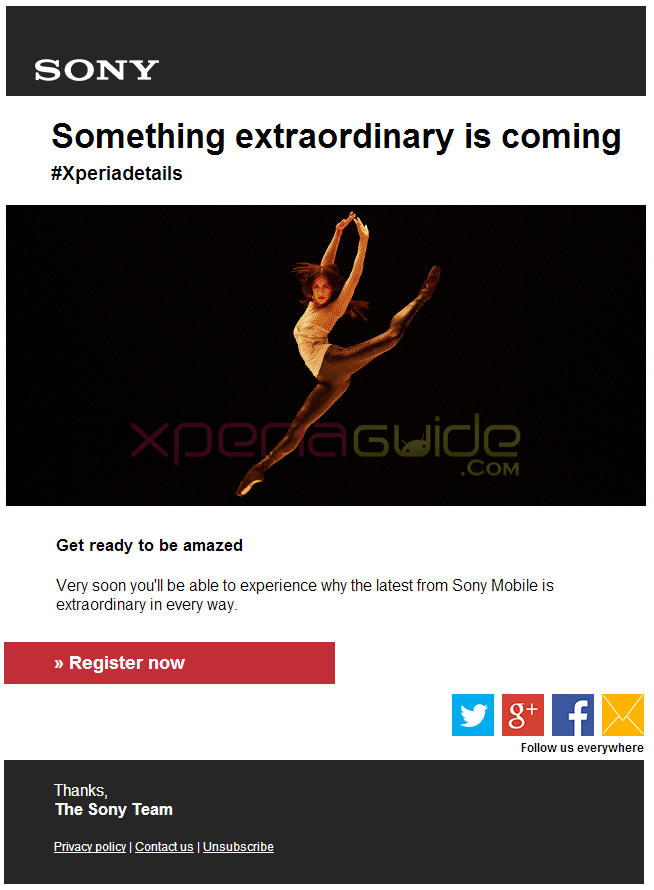 As the info grabbed from the registration link, Sony is teasing now about its next Xperia flagship device.

Sony Mobile is also tweeting regarding this #XperiaDetails hashtag and seen posting a pic on Google+ and Facebook, which has something to do with the latest Xperia flagship.

Let’s have a look at Sony Mobile’s tease pic for next Xperia flagship. 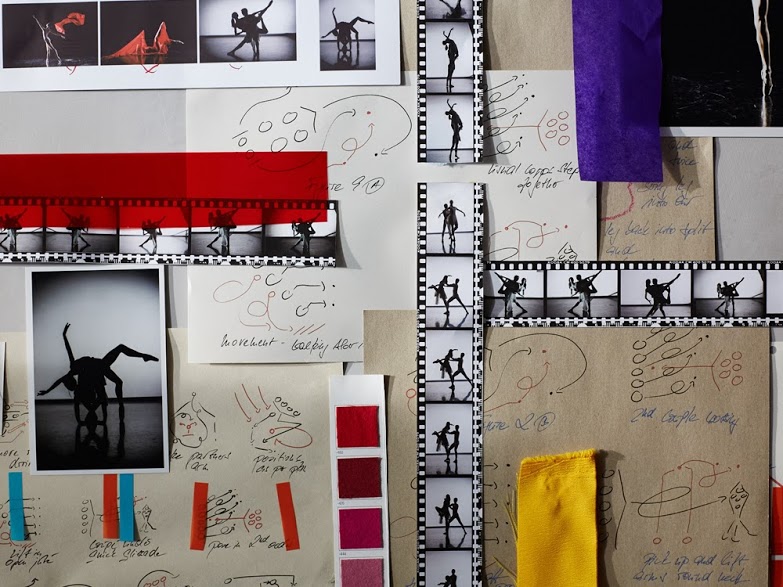 We are very excited about Sony’s MWC 2014 event and hopefully all Xperia fans are. Check below details about Sony’s press conference.

What are you expecting fells from Sony at MWC 2014 event. We hope to see some good mid range devices also. Rumors say that we may see Xperia Z2 Ultra and Sony Xperia G also. We hope whatever is this “Something extraordinary is coming”, don’t disappoint fans. Drop your comments below.