Sony’s Q3 FY2013 Earnings have been announced by the company today in an event presented by Kazuo Hirai, Masaru Kato and Yoshinori Hashitani. A detailed report of Sony’s Q3 FY2013 Earnings are available on their website. A huge increase in the sales and operating revenue is seen, mainly due to launch of PlayStation 4 and it’s price which is too much in many regions due to impact of foreign exchanges, quotes Sony.

Let’s have a look at detailed sales of key electronic products from Sony in Q3 FY2013. 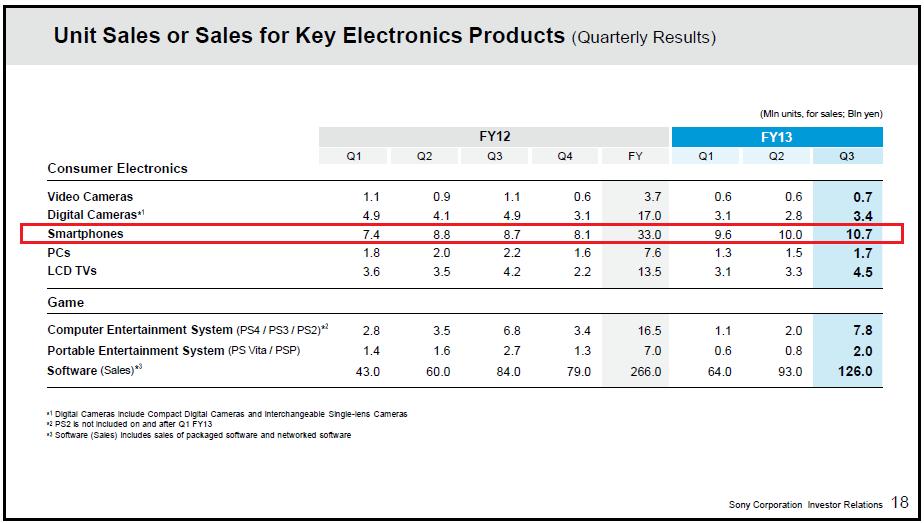 As you can see sales were lower in Q1 FY2013 when actually flagship device was launched ( Xperia Z, ZL ). In Q1 2014 Sony has already rolled two high-end devices Xperia Z1 Compact and Xperia Z1S with two mid range devices Xperia T2 Ultra and Xperia E1. It is in rumors that Sony will roll some more high-end devices at MWC2014. Sales of all mentioned devices will affect the Xperia smartphone units selling in Q1 2014.

In the annual forecast report of Sony for year 2014, Sony has reduced the Xperia smartphones selling units from 42 Million to 40 Million which means atleast 10 Million unit sales in every quarter on an average. 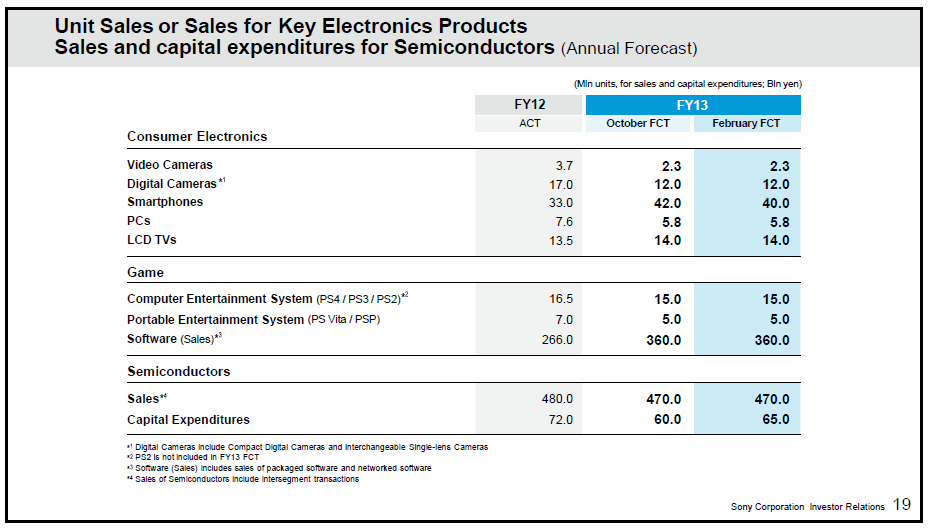 A considerable increase in selling Xperia smartphone units have been seen, we hope same scenario continues in year 2014 also and it may be more when Sony introduces their next flagship device, which is not expected in Q1 for the time being.

What do you think guys, is Sony’s sales improving when it comes to Xperia smartphones, well we think so. Do let us know your views. Drop your comments below.