If you’ve been following the news, you know that Infinity Ward and Activision postponed the launch of Call of Duty: Modern Warfare’s fourth season due to current events. Thankfully, Season 4 has now launched, and it’s brought with it a bunch of new stuff that you can enjoy right now. If you haven’t already checked out Call of Duty: Modern Warfare and its free-to-play battle royale offshoot Warzone, then you should head over to your platform of choice and at least play Warzone. It, along with Modern Warfare itself, is available on PlayStation 4, Xbox One, and PC right now.

So, what’s new in Call of Duty: Modern Warfare and Warzone’s Season 4 content drop? There’s a heck of a lot to unpack here, so before you get stuck in, you might want to get in a round of Call of Duty: Mobile, which is currently available on Android and iOS, also for free. Stuck for COD Points or in-game Credits on that game? Why not check out a site like https://codpointsandcredits.com/ to get your fix? It’ll be the perfect way to spend some time unwinding while you’re taking a break from the mammoth that is the Call of Duty: Modern Warfare and Warzone Season 4 content patch. Let’s take a look! 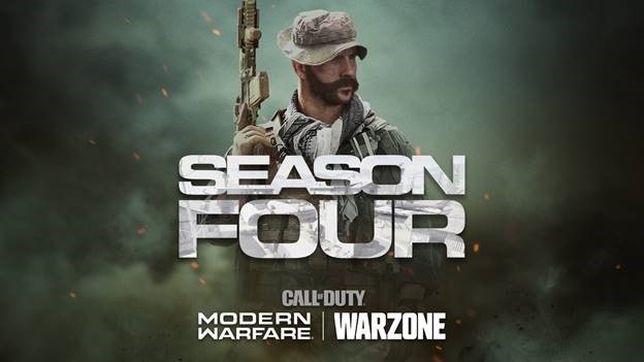 Season 4 brings with it three entirely new Operators. Fans of the Call of Duty: Modern Warfare series will be delighted to know that series regular Captain Price is now available as an operator, complete with his signature facial fuzz. Also joining Modern Warfare in Season 4 are Sgt. Kyle “Gaz” Garrick, who makes a return after the events of the game’s main campaign, and Roze, an ex-ranger from the Colorado Mountains who’s an expert in tracking and hunting prey. If you want Captain Price, you can get the game’s Battle Pass to unlock him. Gaz can be purchased from the Store, while Roze is coming at a later date.

Modern Warfare players will be treated to three entirely new maps as part of the Season 4 content drop. Zhokov Scrapyard is a derelict yard full of airplane parts and old scrap, providing perfect cover for taking down enemies. Trench is a gunfight map that features an intricate criss-crossing network of tunnels so you can sneak up on your enemies. If that doesn’t sound appealing, simply go over the top and charge for all you’re worth. Finally, there’s Barakett Promenade, an urban environment full of different elevations to find the perfect sniping spot or lead enemies on a merry chase. There’s also Cheshire Park, an open map full of landmarks and other great hiding spots.

Warzone is getting three new modes as part of Season 4. These are split into full modes and events that can happen during a match of Warzone’s standard battle royale mode. Juggernaut Royale will be a new mode in which three Juggernaut suits will spawn somewhere in Verdansk. They operate like power armor, raising your stats and making it harder for enemies to kill you. Realism is similar to the main Modern Warfare mode and will make dying easier, plus your HUD will be limited. Finally, there’s the 50v50 team deathmatch mode Warzone Rumble.

As well as the three new modes, there are several events that can happen during a standard game in Season 4. Jailbreak sees every single player sent to the gulag redeployed, as well as anyone currently in the queue and spectating. Supply Chopper will spawn a non-lethal helicopter that you can blast out of the sky to loot. Finally, there’s Fire Sale, which will discount every single item at Warzone’s Buy Stations for 60 seconds. That’s bound to cause a mad scramble towards the Buy Stations to get the upper hand.

Lest you think Warzone is getting all the love, think again. Modern Warfare is also getting three new multiplayer modes in Season 4. All Or Nothing equips players with only a throwing knife and a handgun and tasks them with taking each other out using this limited equipment. Team Defender sees a team rallying around a single flag-carrier while the enemy team attempts to take the flag away. One In The Chamber does what it says on the tin: your gun has only one bullet in it, and if you want to get another bullet, you’ll have to get a kill or land a melee attack.

There are four new weapons included with the Season 4 content drop. The Fennec is a sub-compact machine gun that has an incredibly rapid fire rate with very low recoil, making it ideal for sustained bursts of fire – suppressing fire, for example, or taking down an enemy with a lot of health. The CR-56 AMAX rifle is a very accurate assault rifle that features high magazine capacity and a lot of firepower, so use it in short bursts if you want to maximise its potential.

Finally, there’s the Rytec AMR sniper rifle, which is an excellent long-range weapon, and a new close-range melee option in the Kali Sticks. These weapons should contribute to the domination of your enemies in Modern Warfare’s multiplayer mode.