We have seen so many image renders of Xperia Z3 D6653 till now but for the first time solid Xperia Z3 specifications leak surfaced, courtesy of prolific leakster @evleaks. @evleaks says Xperia Z3 will feature a strange 5.15″ 1080p FHD Display with Triluminos Mobile and Android 4.4.4 out of the box.

By looking at Xperia Z3 leaked specifications we are wondering what is the difference in Xperia Z3 as compared to Xperia Z2. Is this the innovation ?

Most probably we are seeing same Omni-Balance design again in Sony Xperia Z3 D6653 but Sony said soon they will come up with a new design in their smartphones.

Do we have to wait for Xperia Z4 now to come up with a new design after Xperia Z3.

What do you think Xperia Z2 users, you device not gonna be a flagship in just a few upcoming months.

Drop your comments below, 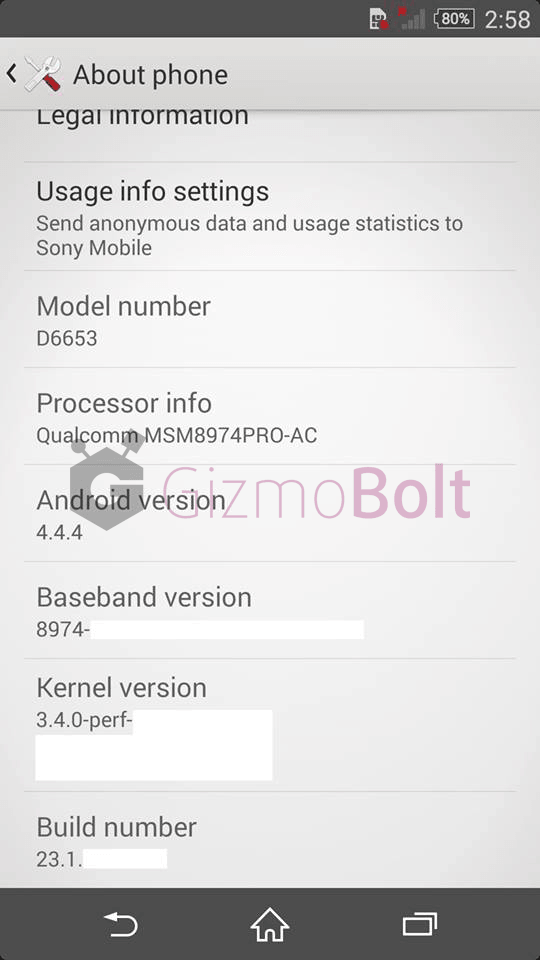