In many ways, the modern smartphone market is defined by battles between market leading brands and individual handsets. Make no mistake; this intense level of competition is central to the industry’s growth, which resulted in $432 billion worth of handsets being sold globally in 2017.

Samsung remains the market leaders in the sector, having built a market share of 21.9% by the end of last year. Given this, it should come as no surprise that this brand’s latest flagship (the Galaxy S9)  continues to outsell its Android rivals, including the upcoming OnePlus 6 model and Google’s Pixel 2.

Despite this, there is an argument which suggests that the Pixel 2 may be a superior phone to the Galaxy S9, while some even consider it to be the best and most pure expression of an Android device. In this post, we’ll consider this argument further, while asking which handset offers the best value to consumers.

The S9 vs. the Pixel 2 – Appraising the Design and the Display

On a fundamental level, these two handsets have completely different identities, particularly from a visual
perspective.

While the S9 boasts a sleek glass build and truly stunning curves, for example, the Pixel 2 features a more traditional look with monolithic metal and a more subtle aesthetic. 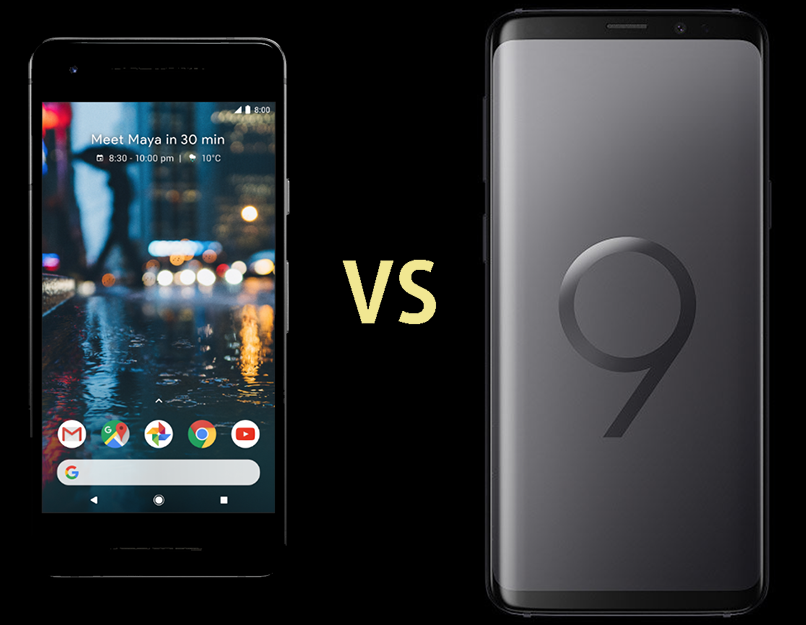 While the execution of both designs is exceptional, there’s no doubt that the Galaxy S9 remains the standard bearer for modern handsets.

The majority of consumers certainly seem to prefer Samsung’s unique and slightly futuristic design, despite the perceived vulnerability of a predominantly glass handset.The Galaxy S9 also has a slight edge when it comes to the display, with a 5.8-inch, 18.5:9 OLED screen that is considered to be one of the very best on the market.

This handset also follows the modern trend of creating an almost bezel-less design, which means that 83% of the phone’s frontage is taken up by the display.

In contrast, less than 70% of the Pixel 2 is dominated by the screen, and once again this harks back to a simplistic and classic design template that seems a little outdated in the current marketplace and wastes a considerably amount of space.

The Specs – Which Handset has the Edge?

At this stage, you may think that the S9 has a clear advantage over the Pixel 2, but it’s important to note that both handsets have similarly impressive specifications.

The new fingerprint sensor on the Galaxy S9 is identical to that on the Pixel 2, for example, while both handsets share the same stereo speakers, 64GB base storage and water resistance levels. Interestingly, these handsets even share slightly less impressive design features, with both including relatively small batteries with slightly disappointing capacities.

However, the Pixel 2 (and the Pixel XL) can claim to have a slightly superior camera. It’s 12.2 megapixel 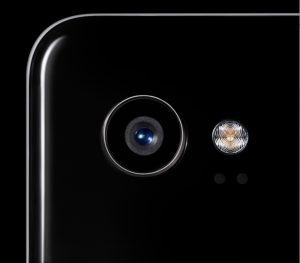 Google have also managed to realise the full potential of this camera by introducing Visual Core, which is a
custom chipset that enabled advanced HDR+and RAISR processing outside of the brand’s camera app.

This means that images can now be altered on universal apps such as WhatsApp, Instagram and Snapchat, which is extremely important from the perspective of users.

The Bottom Line – Are Software and Price Key Considerations?

With both handsets evenly matched, we need to consider the software experience of each handset and their respective prices.

In terms of the former, the Pixel 2 has a unique advantage over the Galaxy S9, as while it may have less apps and features it provides a decidedly clean, consistent and smooth user experience. This is particularly true with the Android 8.1 Oreo system, which the Pixel 2 leverages to outstanding effect.

Then, of course, we must consider that the Pixel range receives all new Android updates before any other handsets, even market leaders such as the Galaxy S9. This represents a clear, competitive advantage, and one that could sway users who bank heavily on the Android software experience.

The pendulum arguably swings the other way when it comes to pricing, even thought the Pixel 2 has a slightly lower starting price. The reason for this is that there remains a plethora of very good Samsung S9 deal from Fonehouse and other distributors across the UK, and this has created some very affordable, pay monthly deals on the current market while negating any initial price difference between the two handsets.

Ultimately, the gap between the S9 and the Pixel 2 is decidedly thin, with both phones boasting unique designs and key selling points but largely identical specifications. This means that your choice will ultimately be influenced by your behaviour as a smartphone user, with those focused on design and having access to a wide range of apps likely to favour the Galaxy S9.

In contrast, avid camera users and Android fans will probably prefer the Pixel 2, particularly now that Google have unveiled their Visual Core app.