Technological advancement and innovation have made real-time communication possible remotely, however, while also revolutionising concepts such as gaming and live media streaming. This technology is now being evolved onto an entirely new level, with resources such as Periscope and Twitch TV changing the way in which content is shared.

Twitter’s Periscope is arguably the platform that best embodies real-time interaction and sharing in 2015. Available 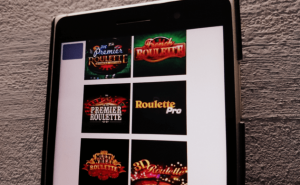 on both iOS and Android, it enables users to watch, capture and broadcast videos in the live stream and offers multiple channels for browsing. It has a simplistic and easy to understand interface while it also provides an unprecedented opportunity to follow the live news as it unfolds around the world. In this respect, the potential for Periscope and similar apps is incredible, especially now that users can capture and broadcast content in addition to viewing.

While the all-encompassing and flexible nature of Periscope drives its popularity, it has an existing fan base that is increasingly reliant on live streaming resources. From well-known platforms such as Netflix to the game-centric Twitch TV, we are likely to base our everyday entertainment around cheap to access resources that can be moulded to suit our schedule.

This increasingly looks as though it will be the future of entertainment and media streaming, both for personal users and even developers who are looking to share their content with a public or private audience.

So although live streaming is already a popular concept, we can see that Periscope has helped evolve it onto an entirely new level. Not only does this mean that users have the opportunity to share a wider range of content (from films and television programs to games), but it also means that items can be captured and broadcast in real-time.
In the future, this could have a huge impact on the gaming sector in particular.

If you consider the popularity of live roulette gameplay, for example, it is easy to see how independent brands and developers could create an authentic gambling environment and make this accessible in real-time.