Xperia Z4 Tablet was recently spotted in Sony Xperia Lounge app unintentionally though ahead of MWC 2015 and was quickly pulled off from the listing. It says Sony is introducing Xperia Z4 Tablet with stunning 2K display combined with the latest ultra fast processor and industry leading battery performance.

Xperia Lounge app screenshots shows the date as 3 March 2015 which means Sony may launch Xperia Z4 Tablet at MWC 2015, possibly on 2 March itself. Not much details about the other specifications of Xperia Z4 Tablet is known yet but it seems that Sony may use Snapdragon 810 processor SoC.

Below you can see Xperia Z4 Tablet which looks thin from the sides and very similar to Xperia Z Ultra. 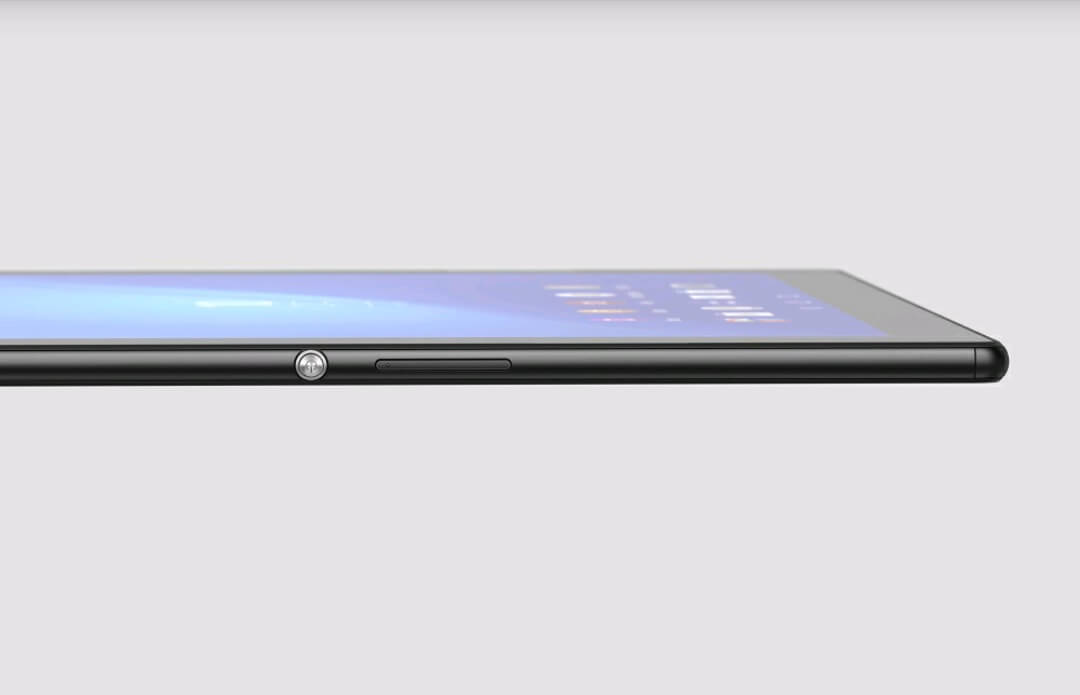 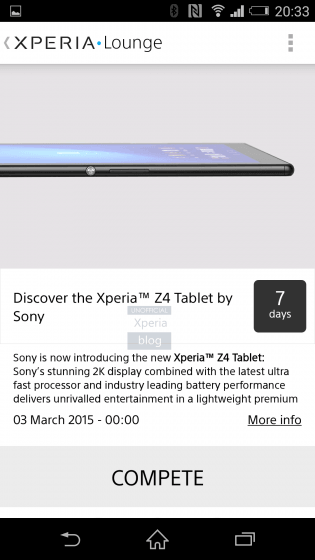 It seems strange that we have not seen much info about Xperia Z4 yet and here Sony is planning to launch the next Xperia Tablet flagship without the Xperia Z4 smartphone.

What say guys, are you excited for Xperia Z4 Tablet. Let us know, drop your comments below.