Sony NW-ZX2 seems to be very much overpriced and Sony Xperia Z4 Music looks a very good replacement for it as it can be used as a smartphone also alternatively. We are not sure fully whether it is a real deal but it seems a great device in terms of specifications, check it out below.

We have listed the specifications in terms of Walkman and smartphone though they are of the same device. 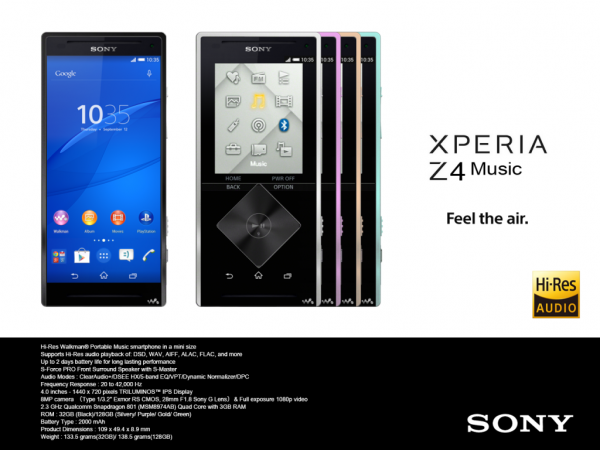 What do you say guys, like the new Sony Xperia Z4 Music. Drop your comments below.

Source – CNBeta, Thanks for the tip, Ben!