Sony may not have launched Xperia Z4 at MWC 2015 but Xperia Z4 really is coming to mark its presence; just now a few alleged Xperia Z4 frame pics have been leaked online which shows its comparison with Xperia Z3 panel.

Xperia Z4 frame follows the same dimensions as of Xperia Z3 except it is 1 mm thinner. 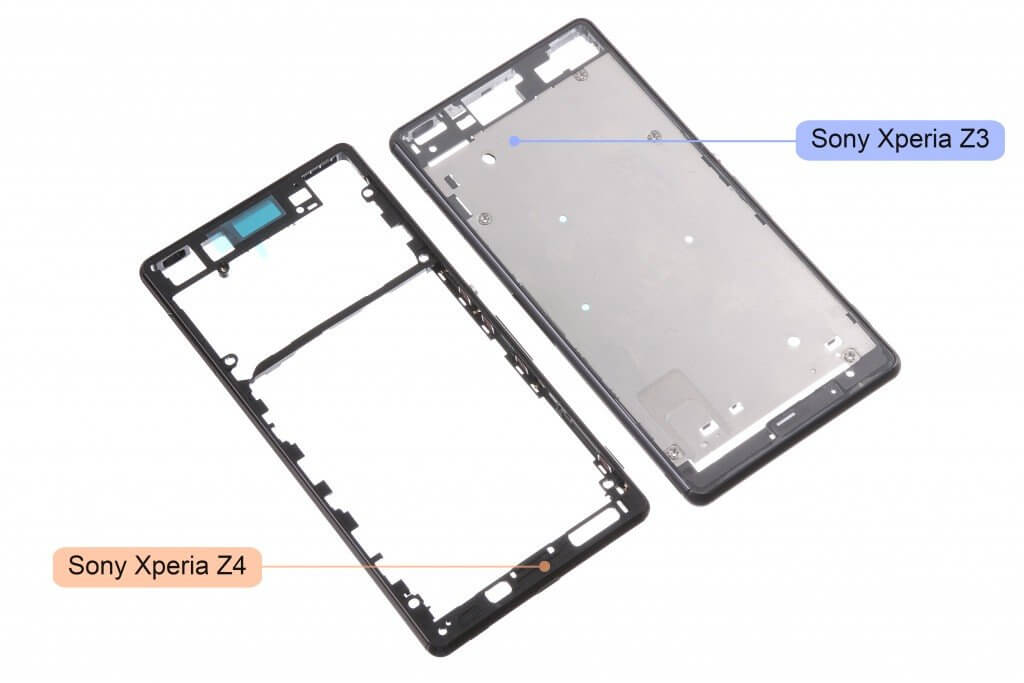 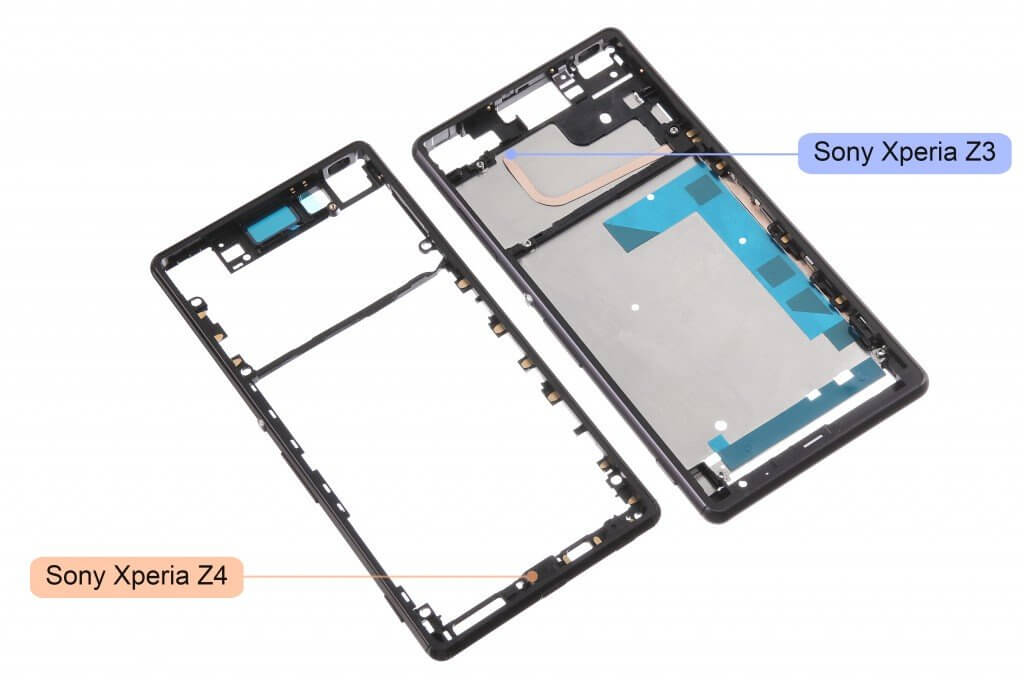 On the top of Xperia Z4 frame, microphone port has been shifted away from headphone port. 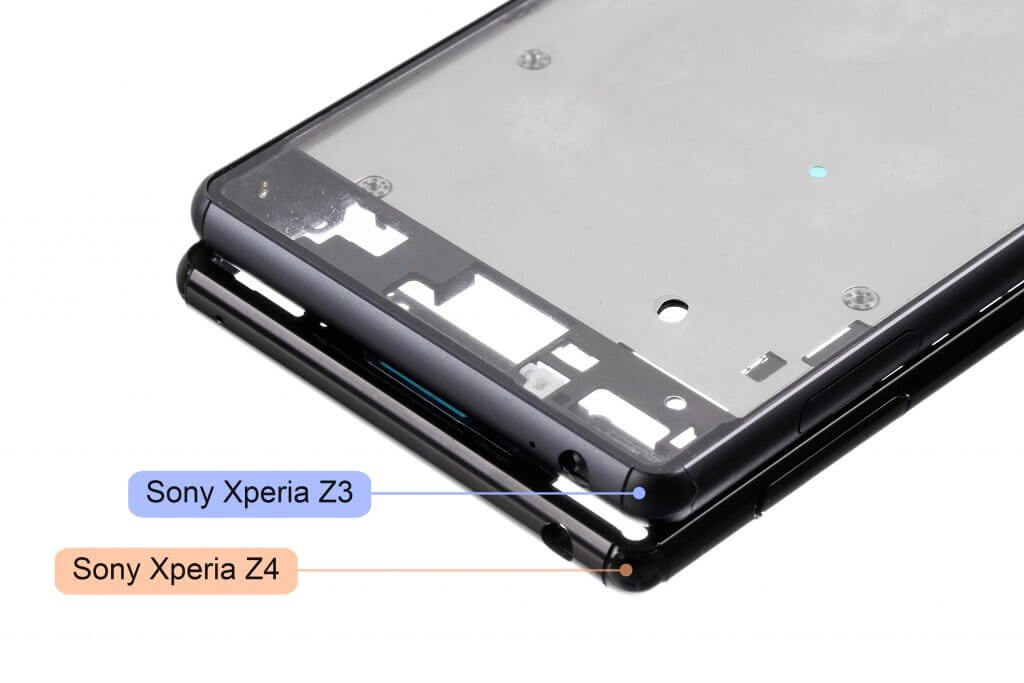 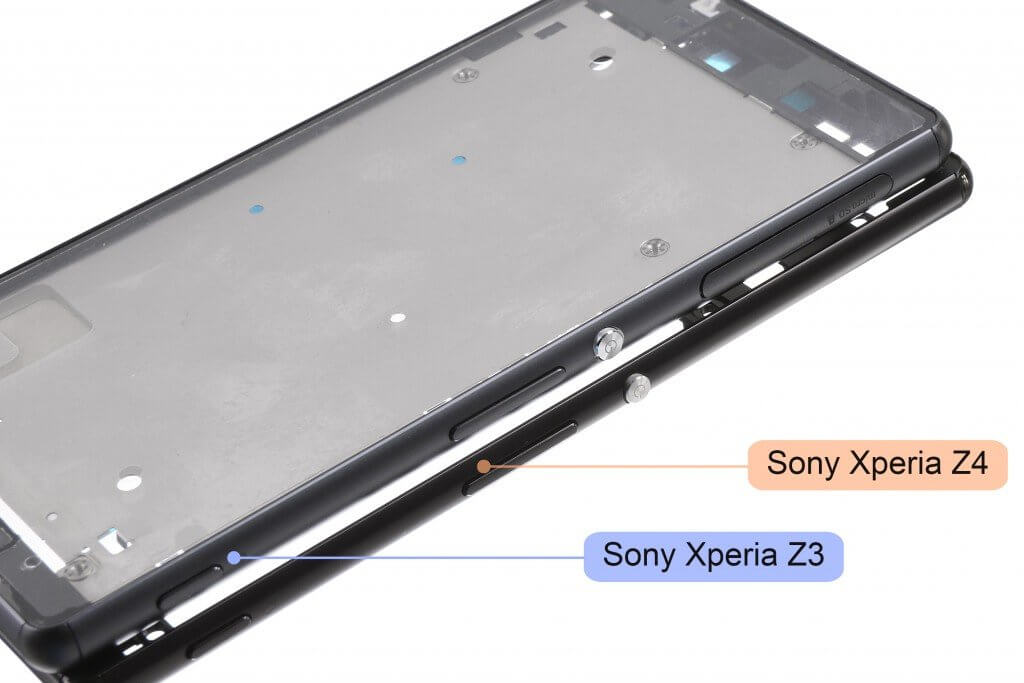 Flap on the left side of Xperia Z4 frame is bigger now, it may have both SIM card and microSD card slot inside it. 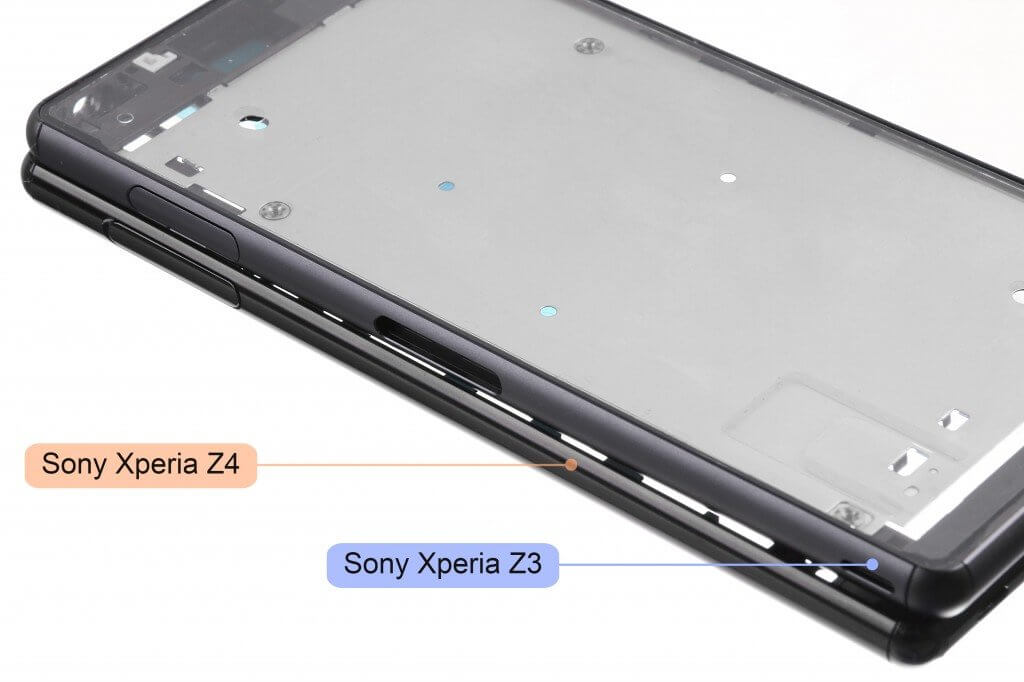 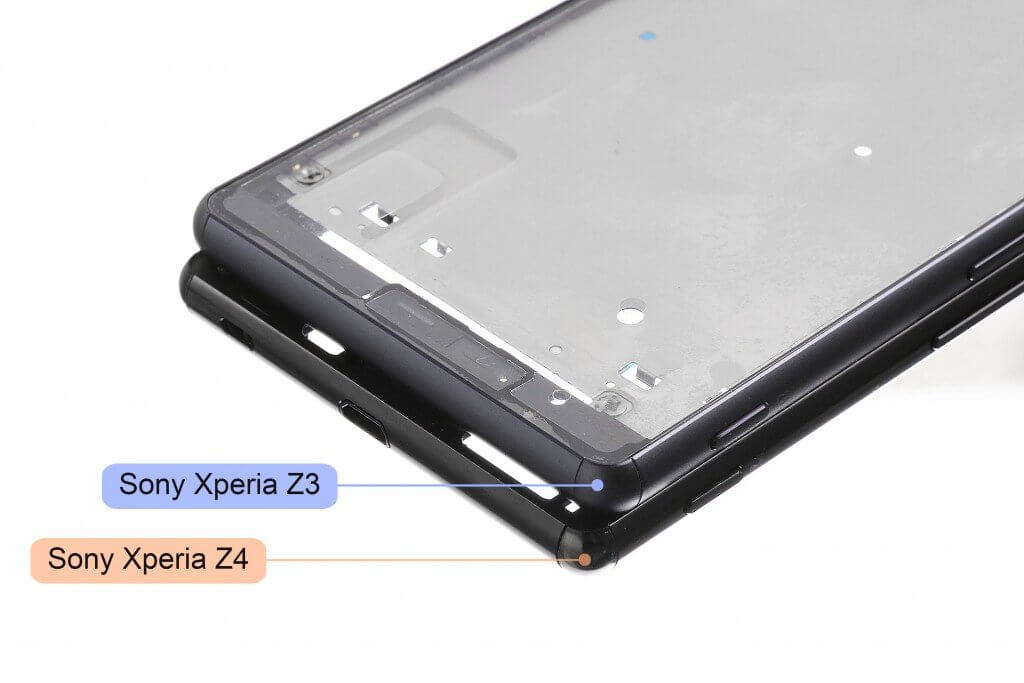 It is still unknown whether Sony will launch Xperia Z4 in June or directly at IFA 2015 in September but it will come up eventually sooner or later.

What say guys, are you expecting Xperia Z4 soon to come, let us know. Drop your comments below.