Xperia Z3 Video Teaser says “The time to Demand Great is coming” with a tagline “It’s in the #XperiaDetails”. This is the first announcement by Sony before the IFA 2014 event about its upcoming devices.

Below you can see the Xperia Z3 Video Teaser released by Sony.

By looking at below it is clearly visible that Xperia Z3 Tablet Compact will either have 7″ or 8″ display panel. 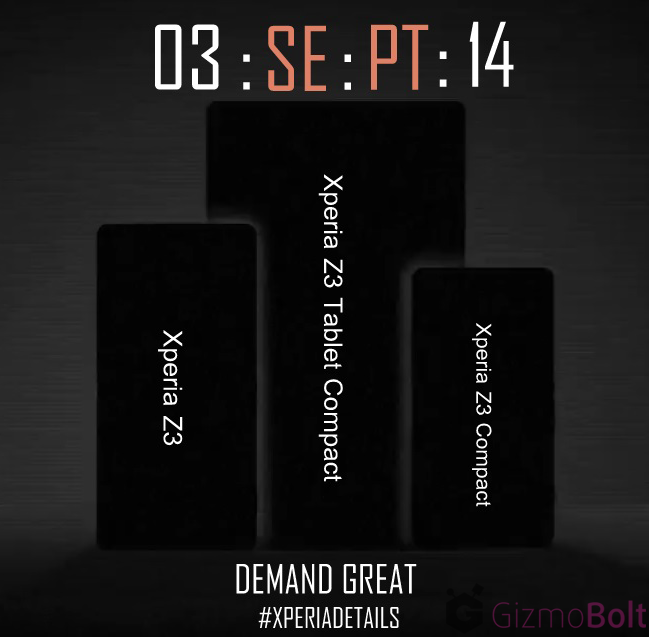 There is also a rumor that we may see Sony SmartWatch SW3 at IFA 2014 ( but not confirmed surely at present ). We will soon share the link of live streaming for IFA 2014 Sony press conference event.

Are you excited ? Well we are. Let us know if you have any doubts.