A few days back Sony released a statement on Twitter that they are in final stage of testing Android Lollipop update and it will be released soon, no exact ETA is given yet. On the other hand at MWC 2015 Sony unveiled Xperia Z4 Tablet and Xperia M4 Aqua with Android 5.0.2 out of the box.

Different videos and pics captured from Xperia M4 Aqua clearly showed what exactly is Sony holding up for users in their Xperia Lollipop UI. Earlier we posted what Sony’s new Lollipop lockscreen look like and today below you will see Sony Xperia Lollipop UI vs KitKat UI Comparison.

In below pics you can see Xperia Lollipop material design UI. Sony has renamed its Walkman app to “Music” app now. 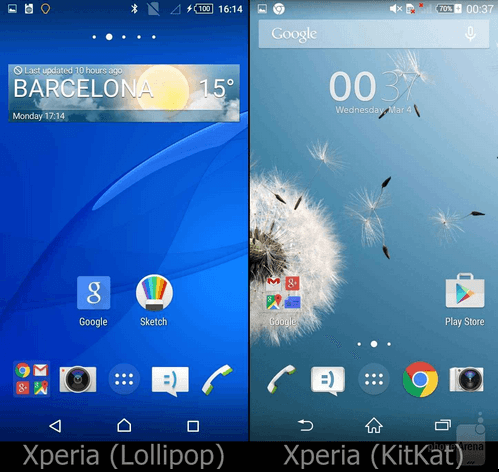 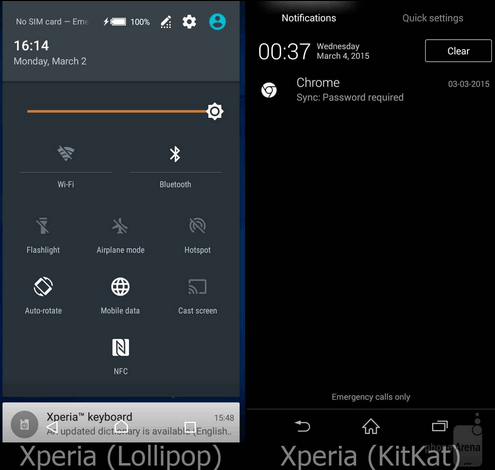 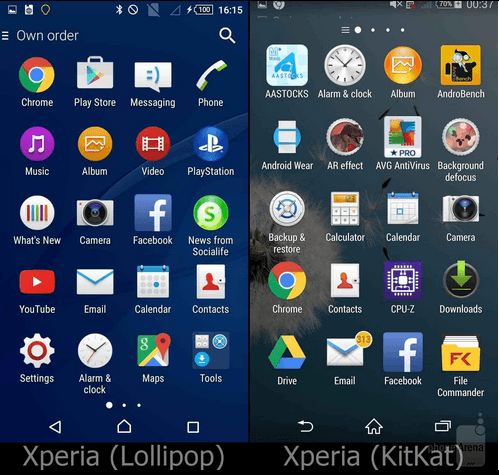 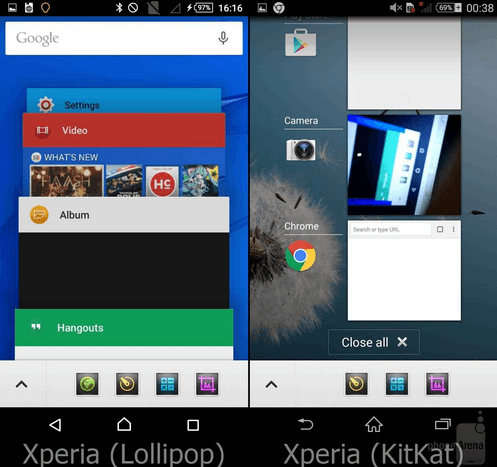 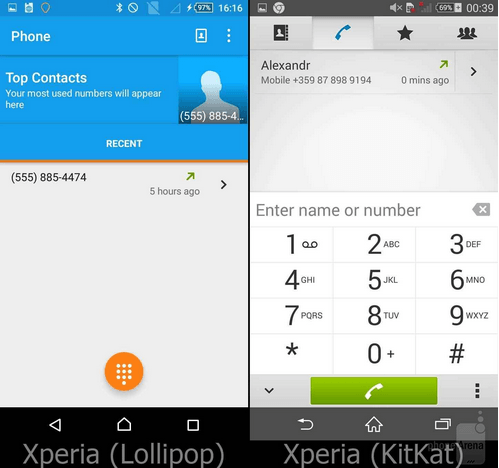 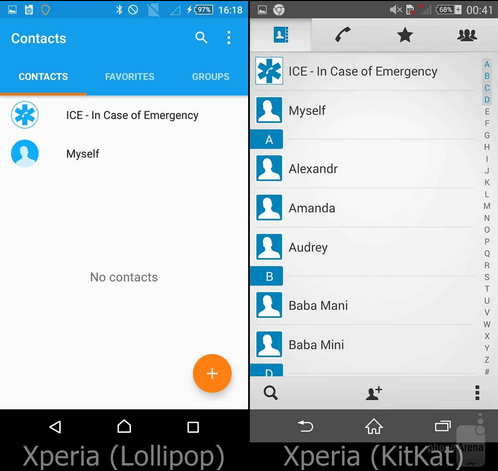 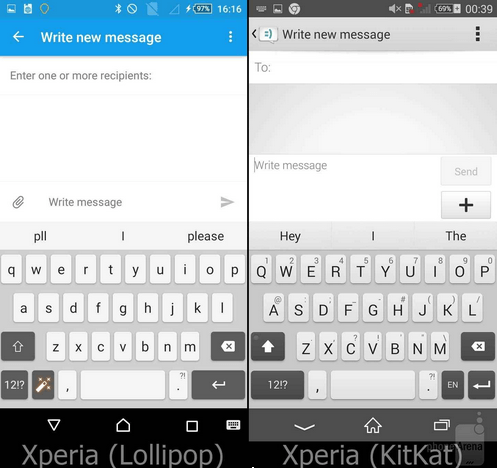 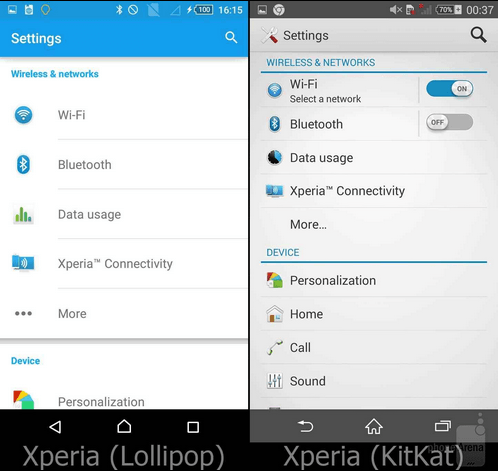 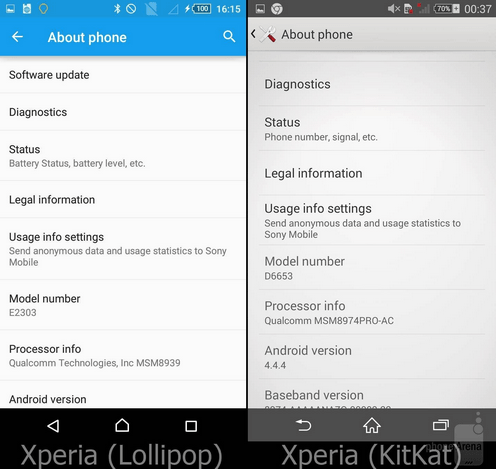 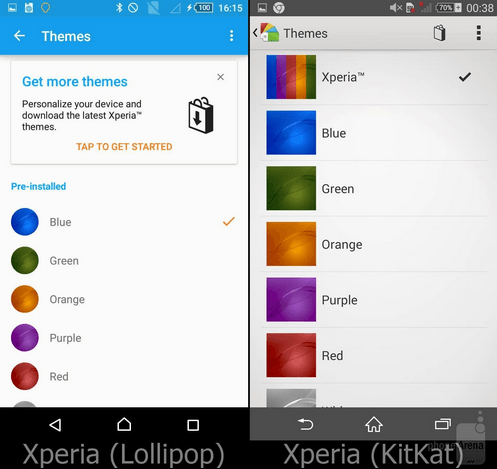 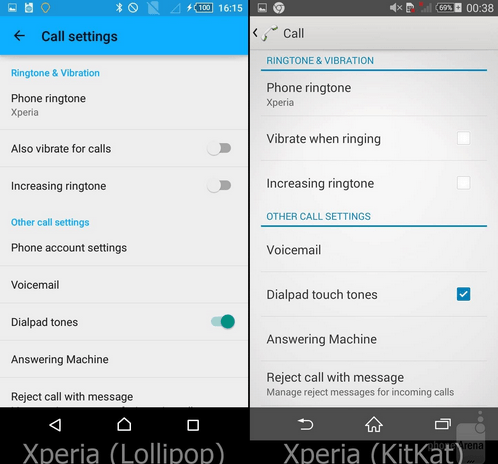 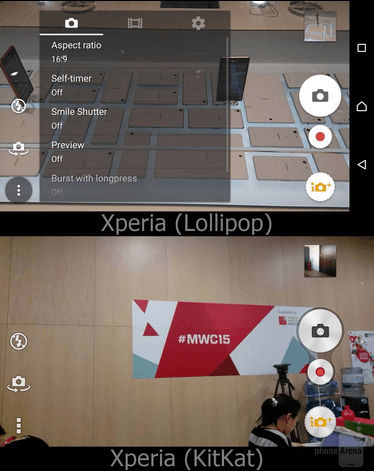 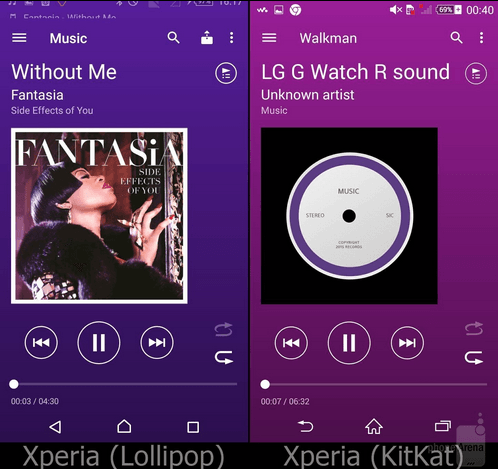 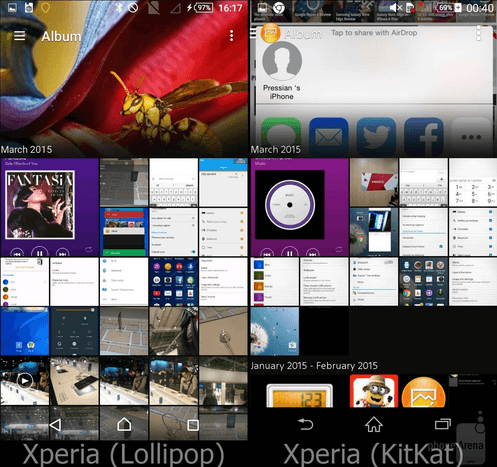 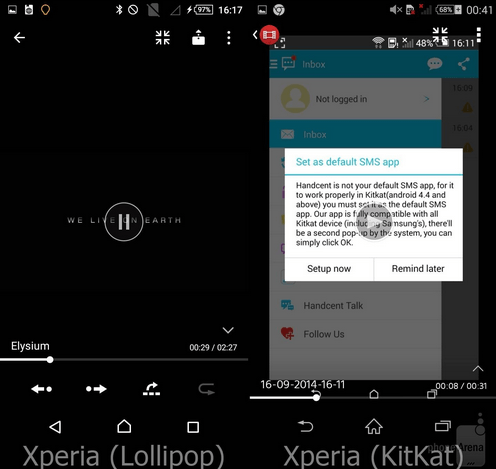 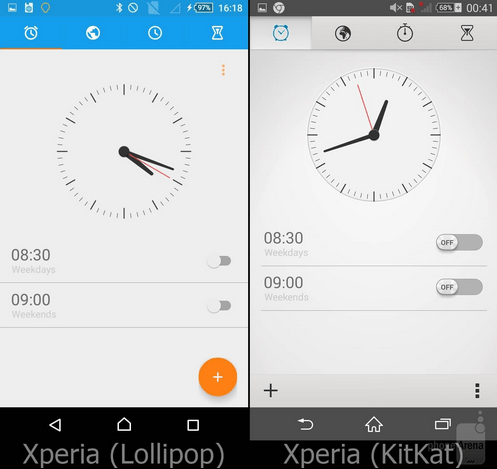 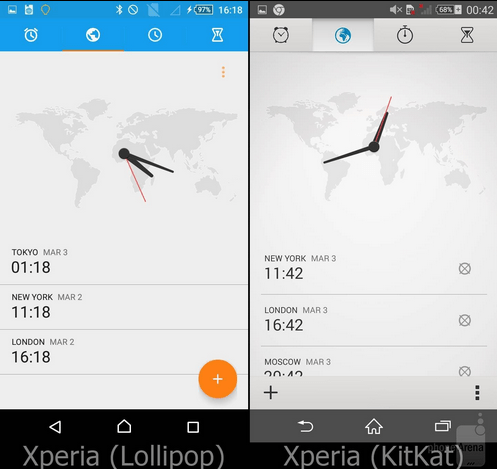 Like the new Sony Xperia Lollipop UI, let us know. Drop your comments below.