25.0.A.1.32 firmware has been certified for a Sony Xperia smartphone with type number “PM-0850-BV”. This type number has already been appeared in the past with FCC Id PY7-PM0850. It is for Xperia E4g, confirmed now.

Sony’s Android Lollipop 5.0.2 23.1.A.0.632 firmware running on Xperia Z3 was spotted at MWC 2015, seeing the build number earlier it seems 25.0.A.1.32 firmware is a certification for Android Lollipop but now it is confirmed that it Android 4.4.4 KitKat firmware hopefully with 3.10 Linux kernel. 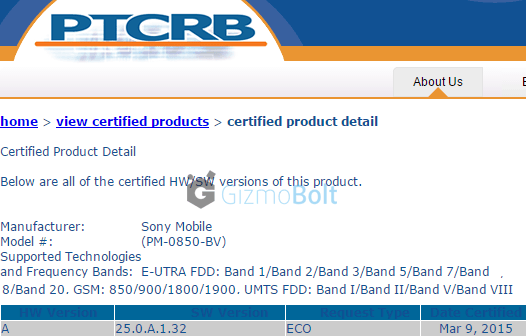 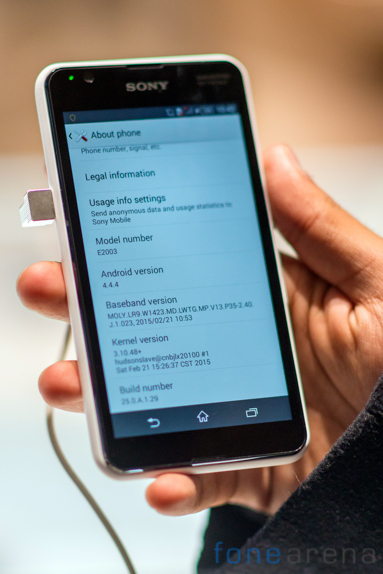 We will keep you updated if more info comes on availability of Xperia E4g globally, certification of firmware clearly depicts Sony will soon release the device.

Thanks for the tip, Bách Nguyễn, Sanjaya!