Sony SCR42 Style Cover Window case is especially made for Xperia Z5. Sony came up with style cover window case for the first time with Xperia Z3 when they launched Sony SCR24 case. Sony SCR42 Style Cover is enabled with Smart Window functions which allow you to download certain apps and widgets which can be accessed from the lock screen of the device through smart window of the case.

Let’s take a look at the Sony SCR42 Style Cover Window case. Sony SCR42 case out of the box. 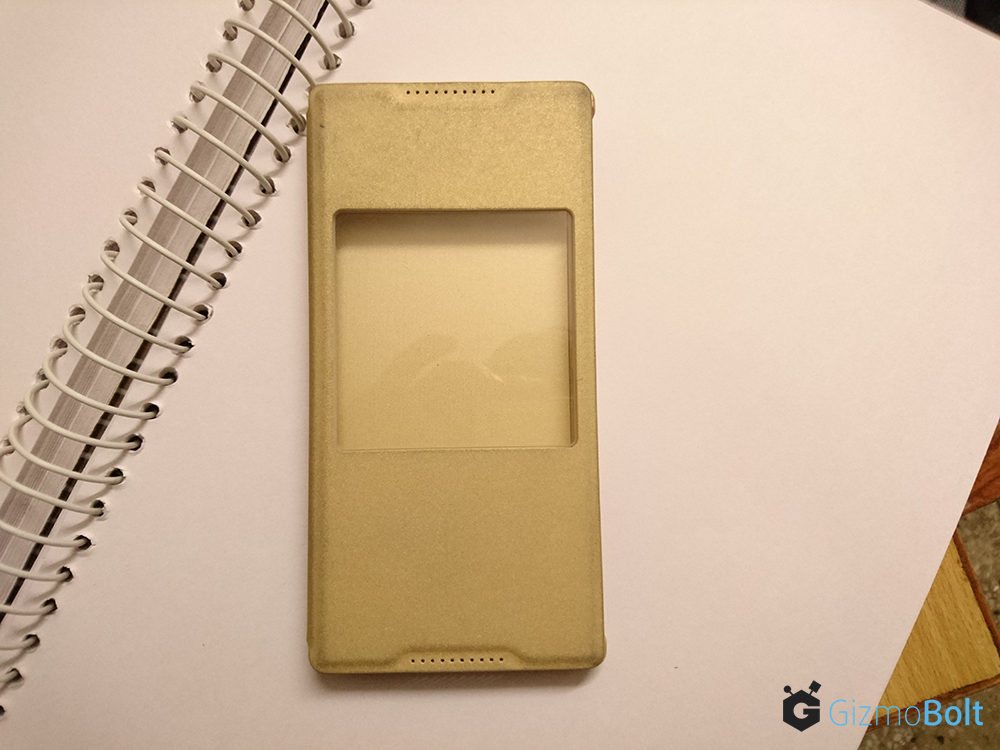 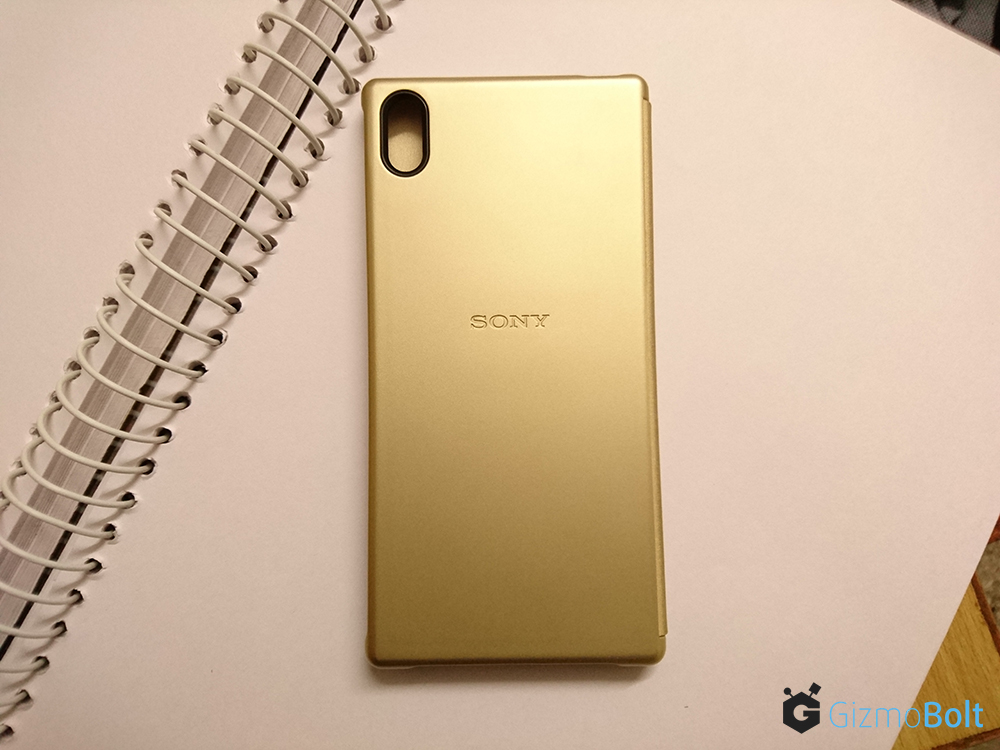 Blow you can see the broad size Sony DK52 adapter. 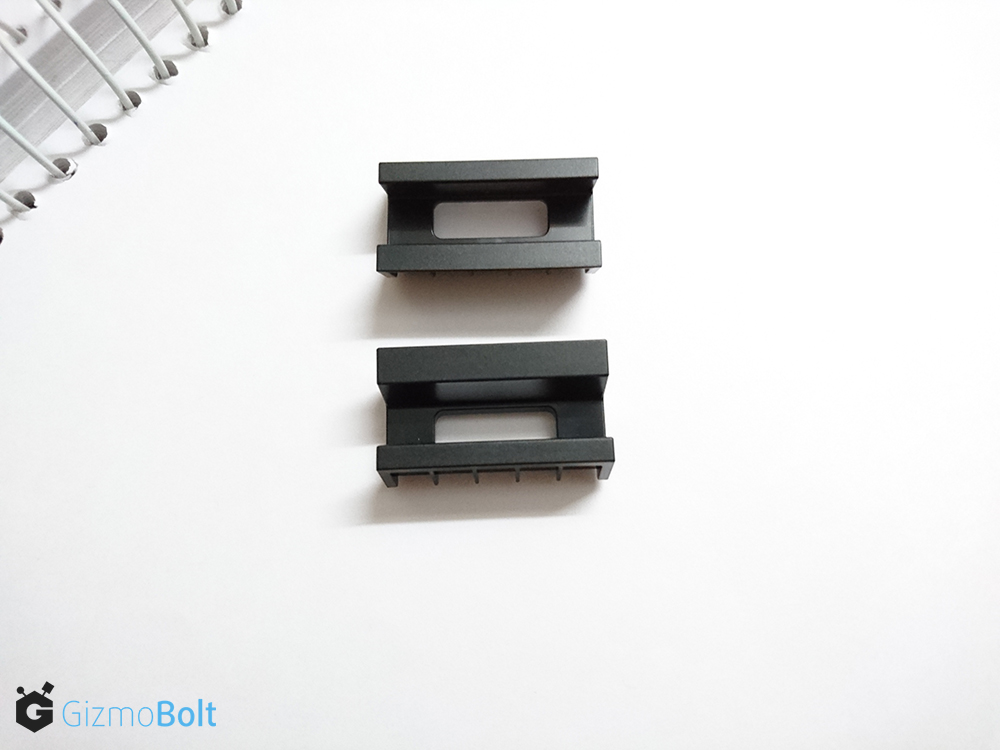 To pair it with your Xperia Z5, activate NFC on your device and then bring it near the NFC tag on the case. It will prompt you to download the various smart windows widgets and apps which can be accessed from smart window without opening the cover.

You can perform following things from smart window of the case.

As you can see in the below pic, you can access SIM card and SD card slot very well without removing the cover. 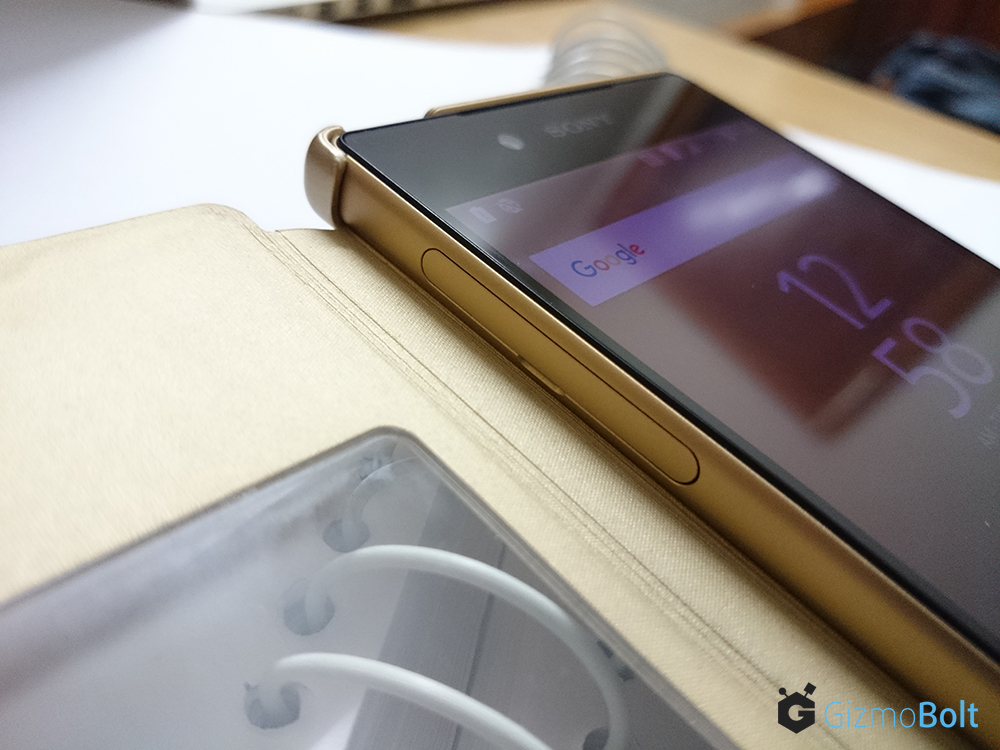 Our Xperia Z5 fell down with Sony SCR42 cover on and you can see the dent mark on the case, though the phone was protected fully (case is not shock proof although). 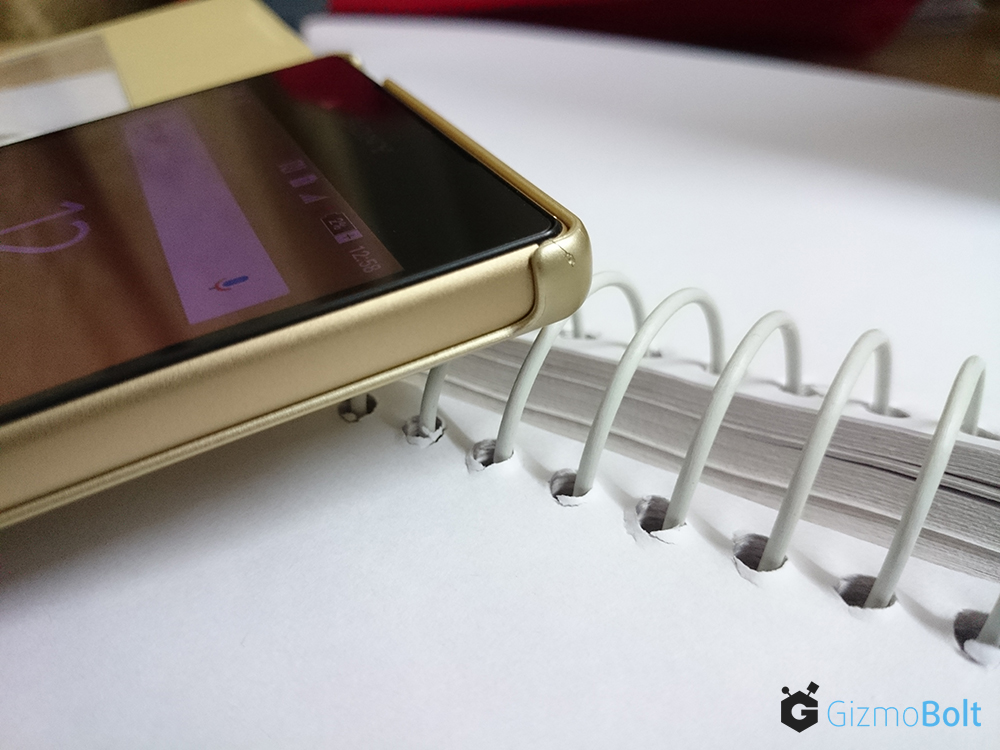 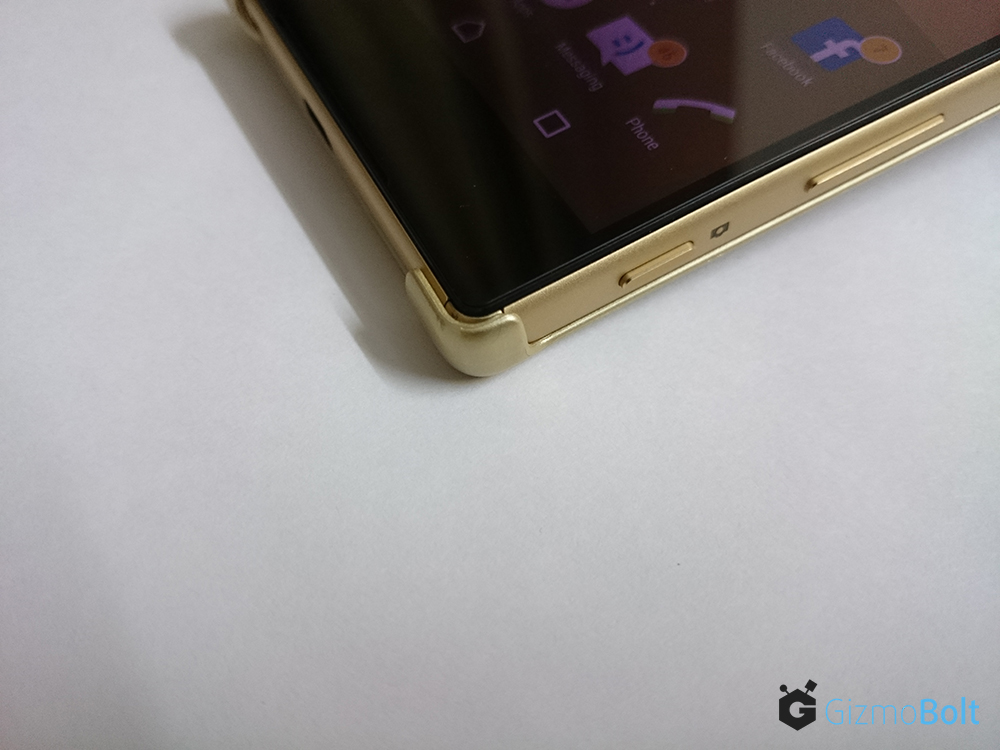 As soon as the flap of the case is closed you will see the smart window appearing. 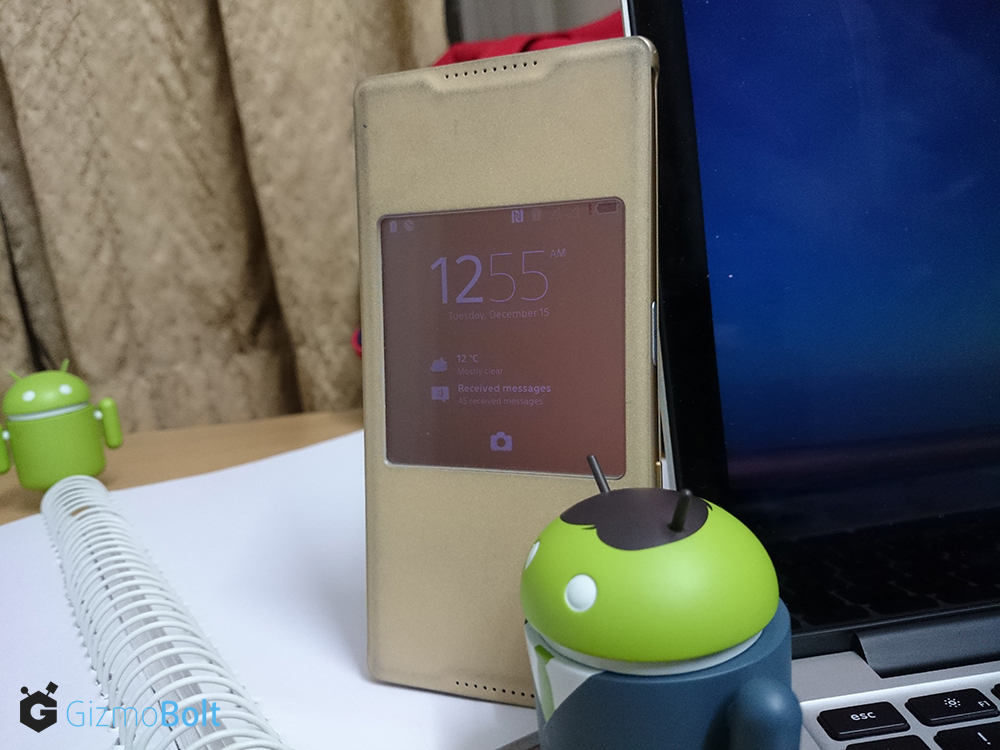 Back side of the case is tough enough with wide opening for camera opening. 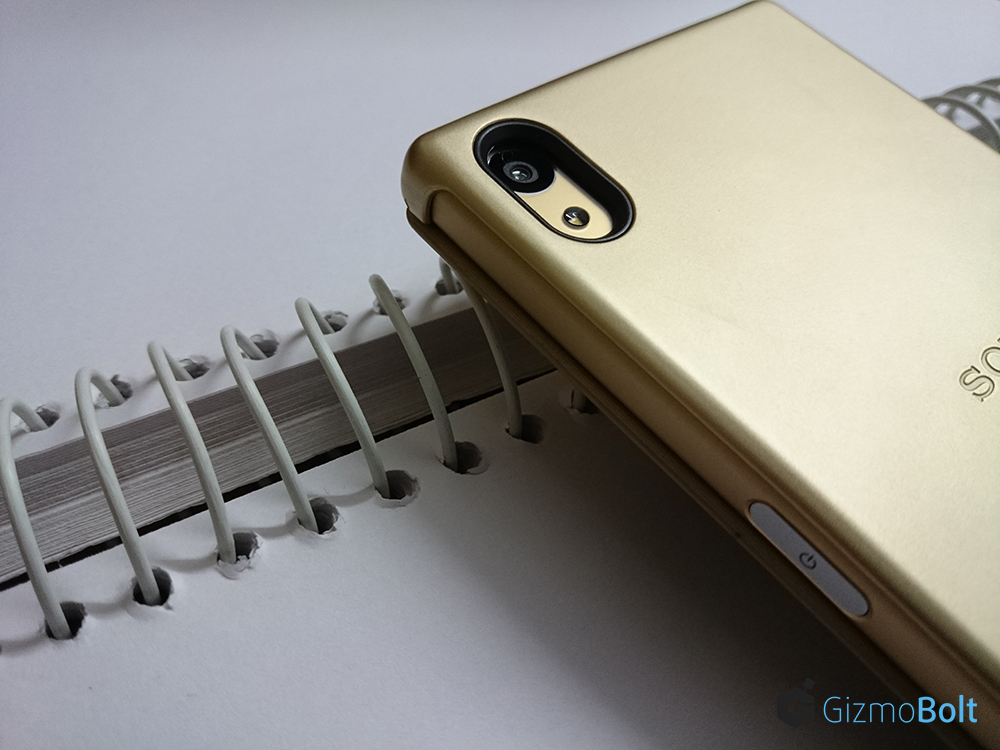 By using the Sony DK52 adapter you can use it with DK52 charing dock without removing the cover (though you need to press it hard to get it charged, as USB charing pins might not get into the port). 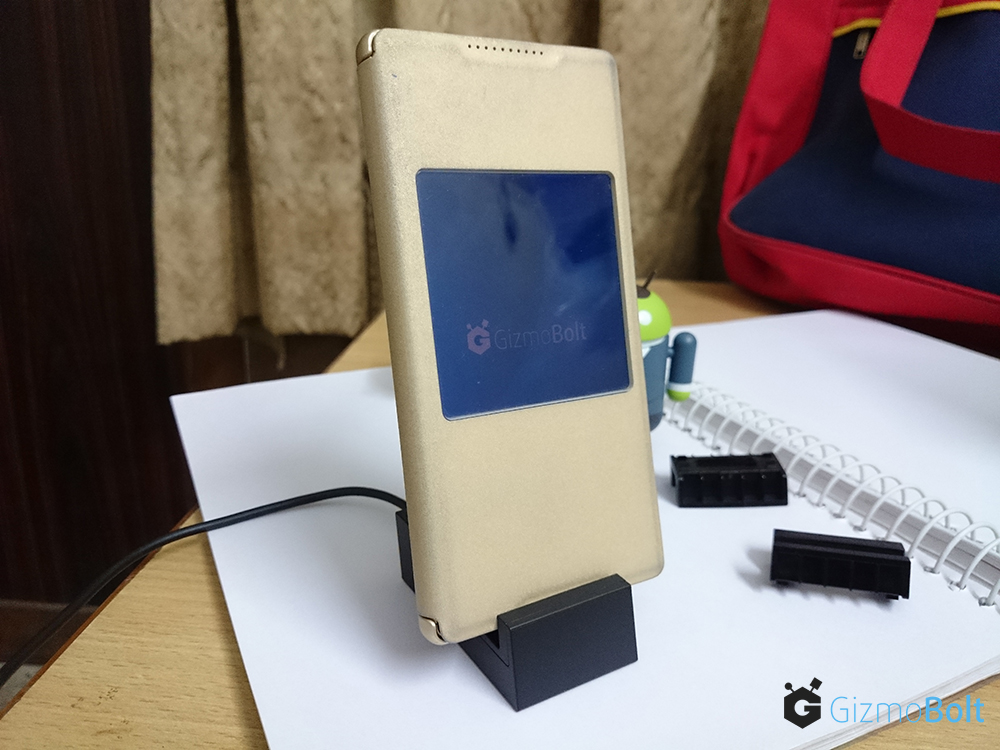 If you remove the flap of case then it charges easily. 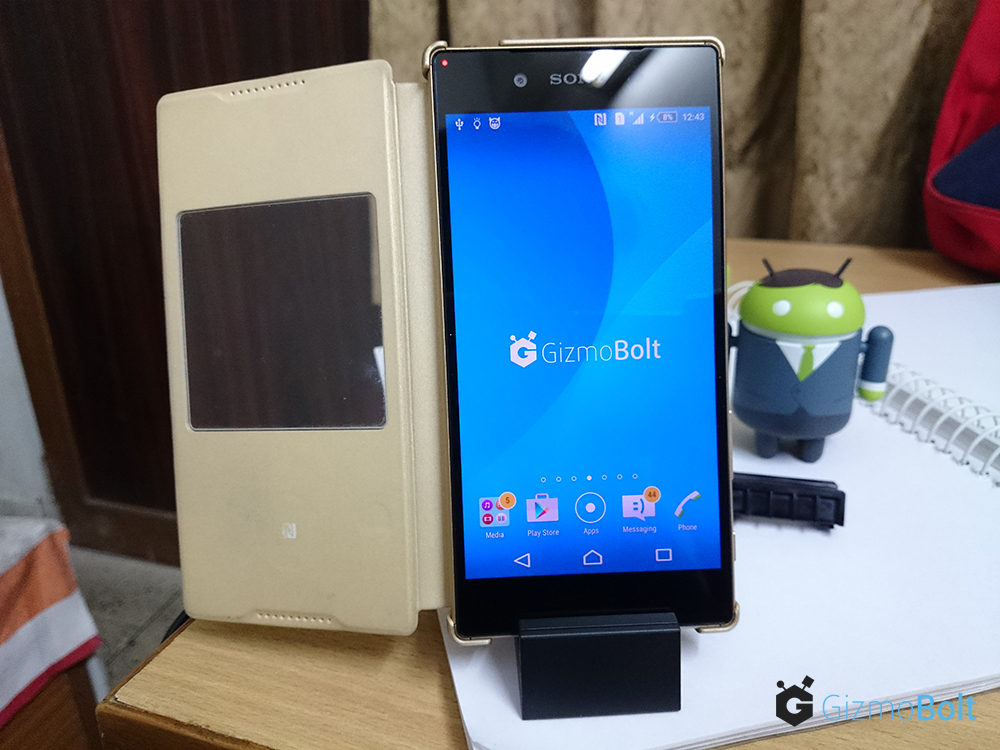 Yes, the gold color case (front flap) definitely gets dirty after a few days of usage only (same you can expect with the white color case) and now the case looks bad.

Sony SCR42 Style Cover Window case is available now in all 4 colors from Mobile Fun UK, shipping world wide. So far we have used Sony SCR10, SCR24 for Xperia Z2 and Xperia Z3 respectively and found these official cases very useful and worthy. Though it is well known that these cases will not protect your device from a hard fall as they don’t have very tough built.

With smart window functions, Sony has done a pretty descent job with Sony SCR42 case. If you have been using one, do let us know about your views on it. Drop your comments below.