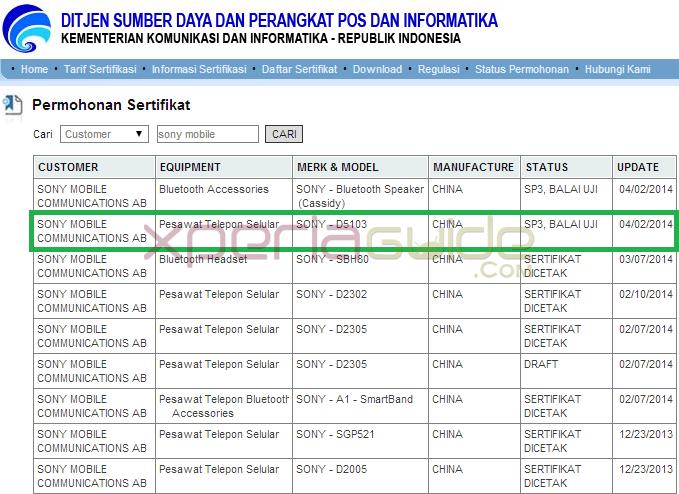 Last year we saw Sony launching Xperia Z Ultra at mid half 2013, we can expect Sony to come up with Sony D5103 at that time or even earlier than that.

We will keep you posted as soon as we get more info on launch and real name of Sony D5103. What say guys, impressed by Sony D5103 specifications. Let us know. Drop your comments below.

Below you can see the Sony D5103 specifications spotted on GFX Benchmark Database again for the second time with “system” tag getting changed to “info”. 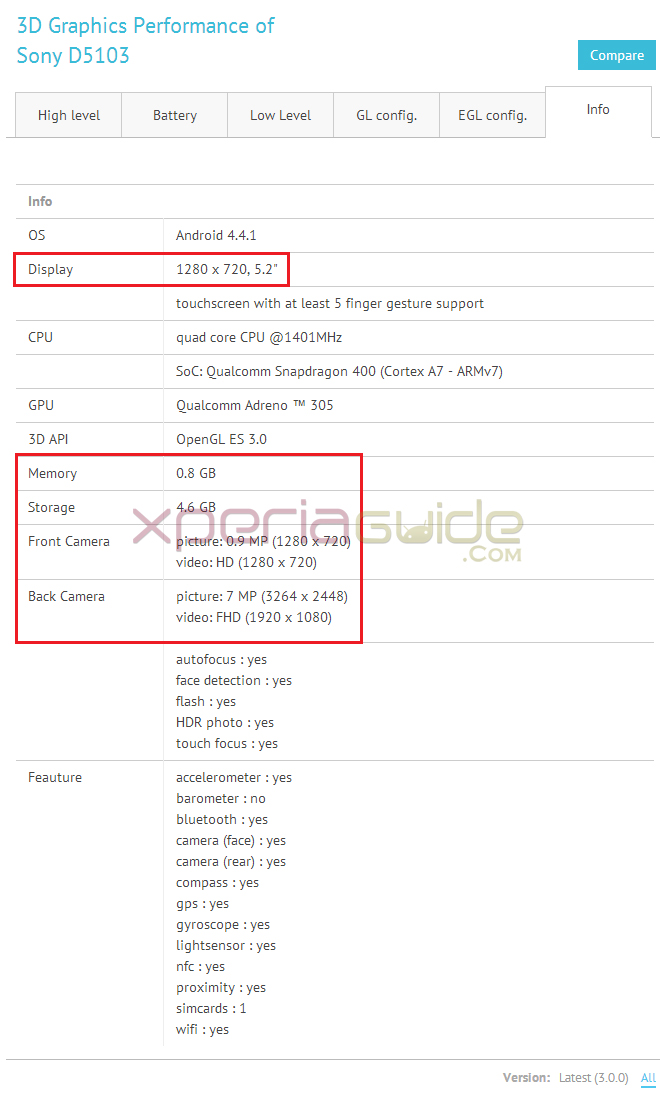 We are posting till now all gathered specifications of Sony D5103.

What do you think guys, can it be Sony Xperia G which we may see at MWC 2014 getting launched though chances are very less but still we can hope or Sony D5103 is all new device; it is definitely another mid range device from Sony. Liked the specifications, let us know. Drop your comments below.