Sony PlayStation’s original series “Powers“, from the studio that brought renowned TV series “Breaking Bad (check out Xperia Breaking Bad BootAnimation)” was premiered on 10 March exclusively and season 1 is free with PlayStation plus. Well to promote it eventually Sony has put an official Xperia Powers theme on Play Store.

Xperia Powers theme is compatible with all Xperia handsets running Android 4.3+ (rooted as well as non rooted). Version 1.0.0 of theme is available for download now. Theme gives you purple color navigation and status bar, with a yellow-brown color system UI. 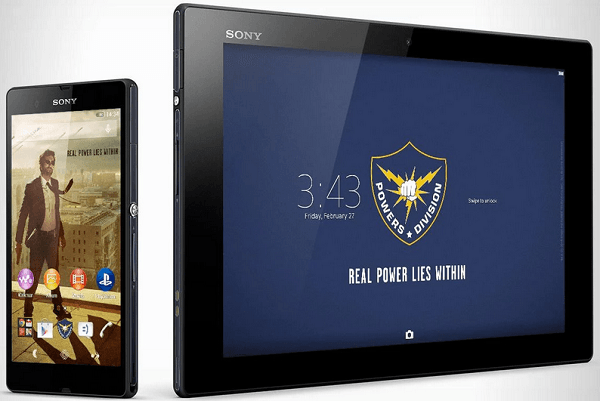 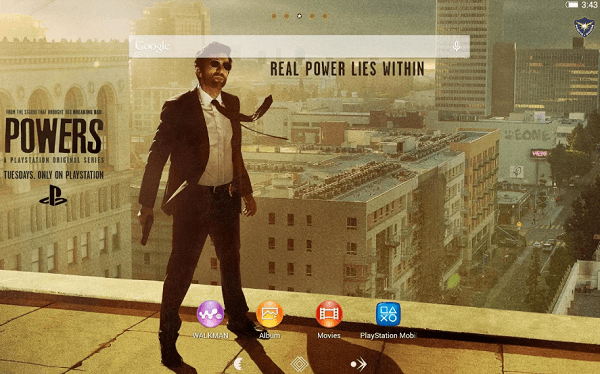 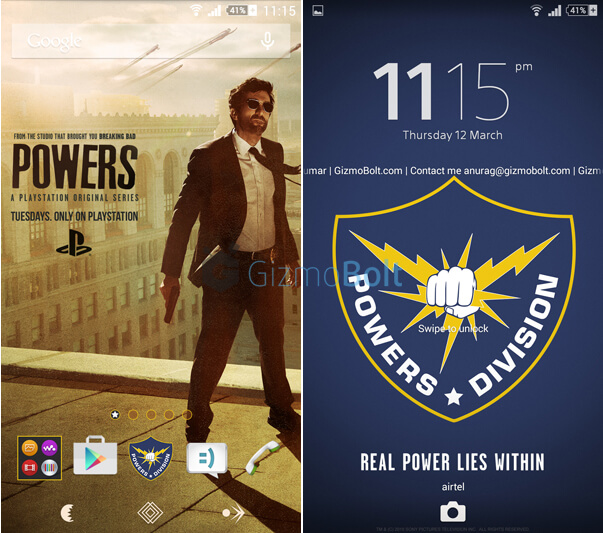 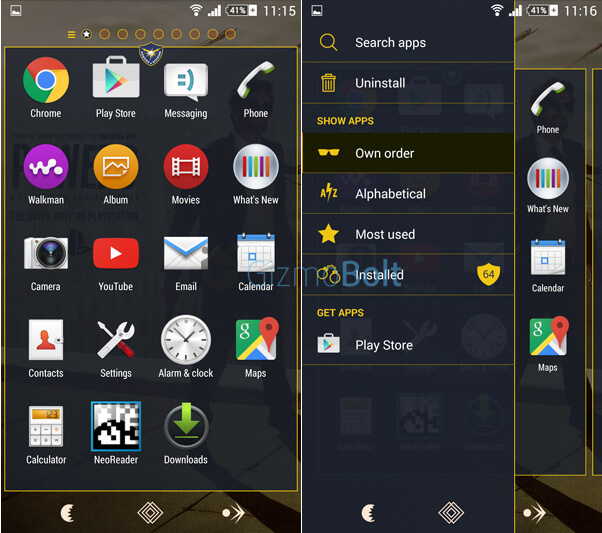 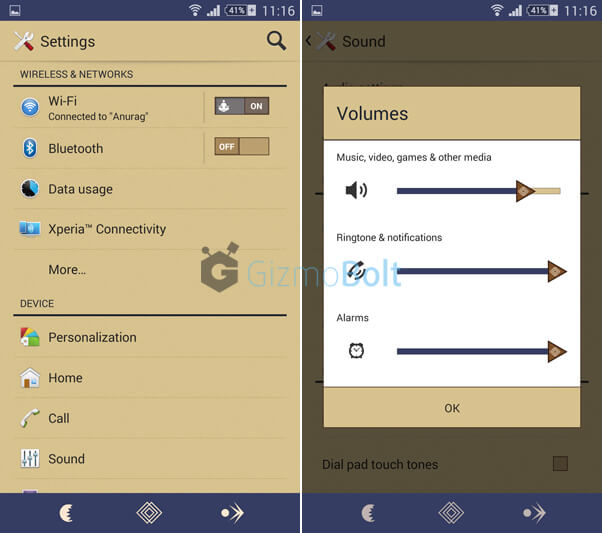 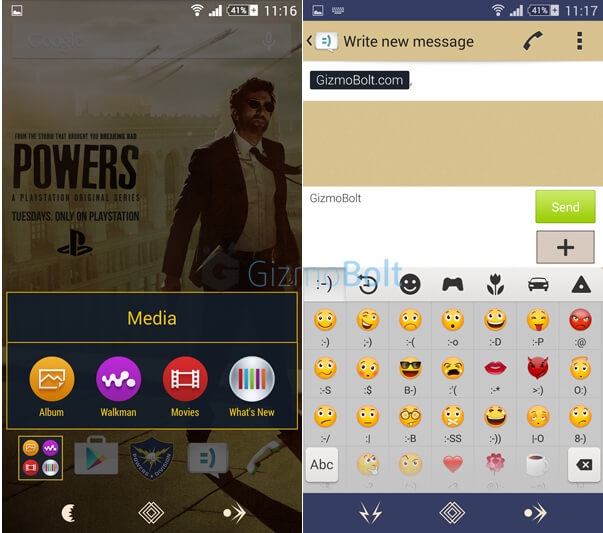 Like the theme, let us know. Drop your comments below.

There’s something about buying a new video game console that’s both alluring and intimidating all at once. On one hand, you’re getting the newest of the new with a guarantee that there will be plenty to enjoy in the months ahead. But then there’s the fact that you may run into launch issues. These can range from systems simply not working correctly to a lack of solid games available. For Sony and its latest console, the PlayStation 4, there have been a few slip-ups, though nothing too alarming or devastating.

As we look to the months ahead, it’s clear that there are plenty of reasons to get (or stay) excited about what the PS4 has to offer. That’s especially true for Xperia Z1S LTE T-Mobile USA owners, who can get a free year of PlayStation Plus subscription, offers ends on 5th march, to avail the offer you need to buy your Xperia Z1S either from Sony online stores of T-Mobile exclusive stores between 13 Jan 2014 and 12 Feb 2014.

There are a lot of games to give Sony’s console added depth and strength. And in terms of their content, they couldn’t be more varied. One game at the top of many players’ list is Watch Dogs, which puts you in the role of an antihero who hacks into smartphones and computer systems to find the person who ruined his life. Then there’s Rime, which looks like a breathtakingly crafted adventure game. And for the sports enthusiasts, Electronic Arts is putting out its first UFC (Ultimate Fighting Championship) game that they promise is an “unprecedented fighter.”

For those who can’t wait to play these games and others that are highly anticipated, here’s a few tips. You can get your UFC fix
either by following their schedule of events or playing other games shaped by their theme. These include 2010’s UFC Undisputed and the slot-style game at the . As for something closer to Rime, you’ll need to head to eBay and see if you can grab a copy of action-adventure classic Ico if you still have a PlayStation 2 hanging around. Or you can just wait until the PS2 emulator comes to the PS4…

Finally, PS4 owners who want to relive the brilliance of older games will have the chance to do exactly that. According to GameSpot, the PS4 will be able to run games of yore—those from the PS1 and PS2—relatively soon. The thing is, it’ll all happen through what’s being called a more conventional form of emulation. What that means exactly remains up in the air right now, though it seems promising.

The reason being that the recently announced PlayStation Now service will allow users to play PS3 games on a variety of devices. The thing is, it’ll all occur through a streaming system, which feels like it could potentially lead to issues for those with slower web connections. Also, could this just mean that Sony will offer PS1 and PS2 games for purchase and play on the PS4? It seems likely, though hopefully they’ll find a way to provide discounts for people who already purchased certain titles.

If you’re a PS4 owner or looking to buy one, let us know which games and/or features you’re looking forward to the most in the comments! Drop your comments below.

Xperia Z1S LTE version on T-Mobile USA was recently launched at CES 2014 event by Sony officially. Xperia Z1S is priced at $0 down and $528 full retail price on T-Mobile. Well if you have bought Xperia Z1S already, then there is a good news as Sony has started a new promotional offer for Xperia Z1S users 🙂

Sony is now giving away Free 1 year PlayStation Plus Subscription for Xperia Z1S users exclusively who bought or will be buying Xperia Z1S either from T-Mobile or Sony stores between 13 Jan 2014 and 12 Feb 2014. To redeem this offer check below mentioned steps. Offer is valid till 5 March 2014 only.

How to redeem Free 1 year PlayStation Plus Subscription Offer

Check below pic and take picture of IMEI number accordingly to it. 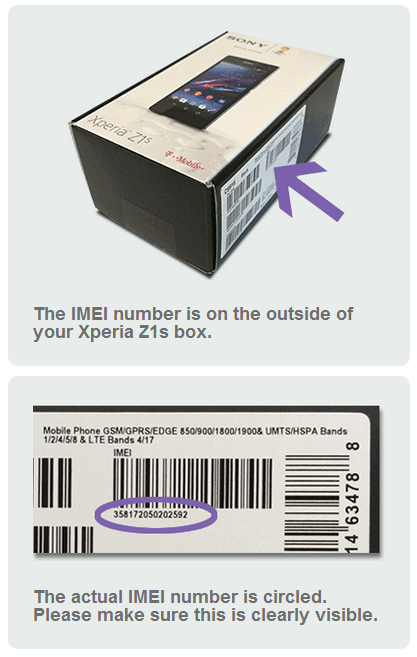 Hurry up all Xperia Z1S users before the promotional offers ends.

Do let us know if this helped you, drop your comments below.