Michael Jackson XSCAPE album will be available for free on Xperia Z2, M2, Z2 Tablet and Z1 Compact as mentioned by Sony on Michael Jackson XSCAPE album promotion page a lot ago and now you can download the same album via Xperia Lounge app on above mentioned handsets. Concerned album is not yet available on Xperia Z1 and Xperia Z Ultra  in any region for the time being.

Sony has officially confirmed this offer on their blog just now, quoted XSCAPE as..

XSCAPE is comprised of a long-awaited collection of 8 songs with an exclusive bonus track (the Papercha$er remix of “Chicago”), available only for select Xperia users. Originally recorded between 1983 and 1999 the songs have been re-mastered and contemporised by the production trio of John Branca, John McLain and Timbaland. 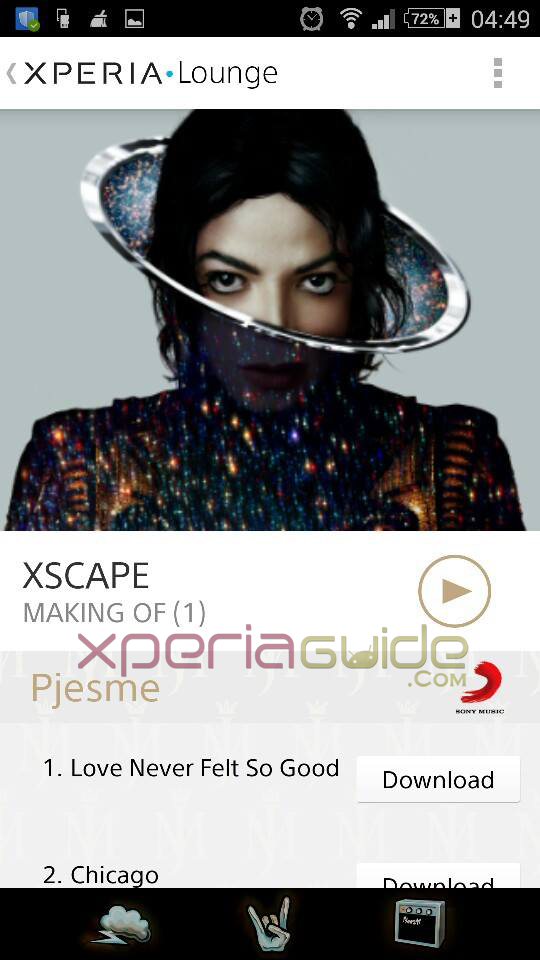 If you have already redeemed Michael Jackson XSCAPE album free download offer on your Xperia handset, let us know which track is your favorite. Drop your comments below.