Zenfone 4 is in Mint color while Zenfone 5 is in Silver color. 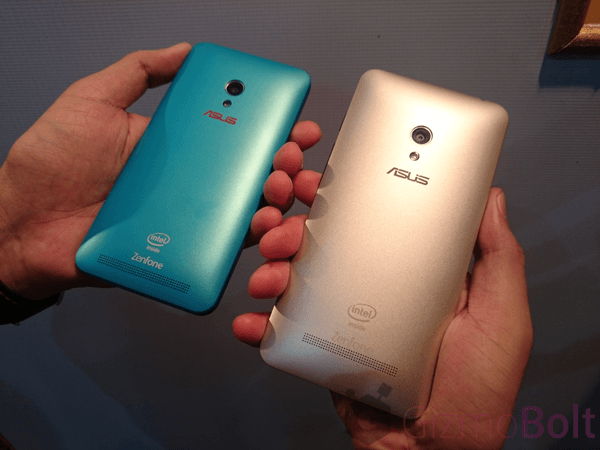 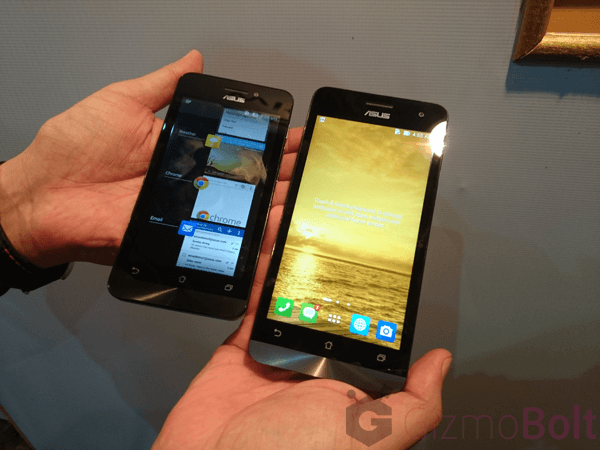 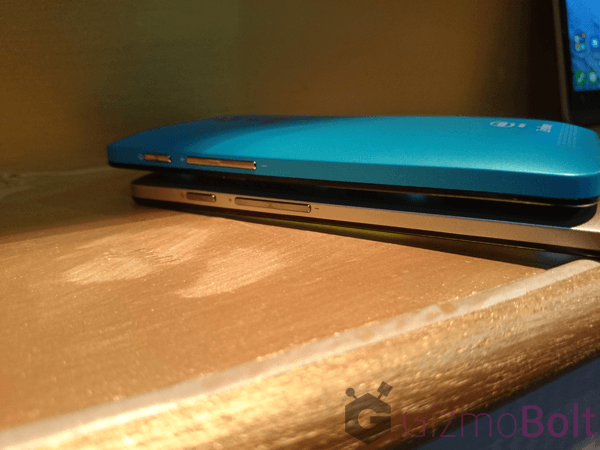 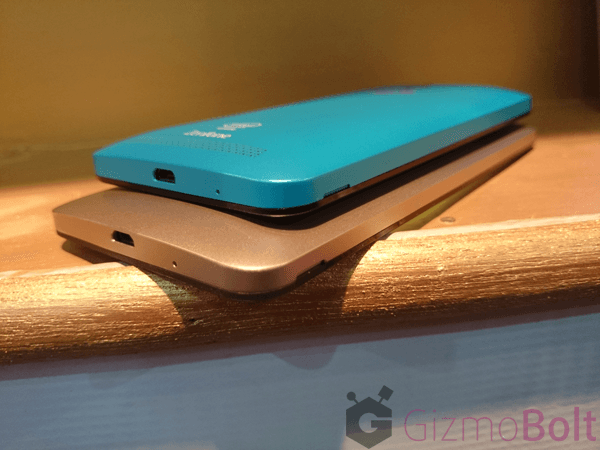 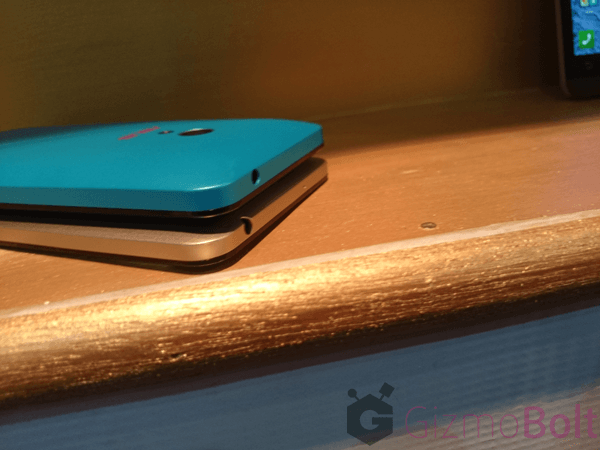 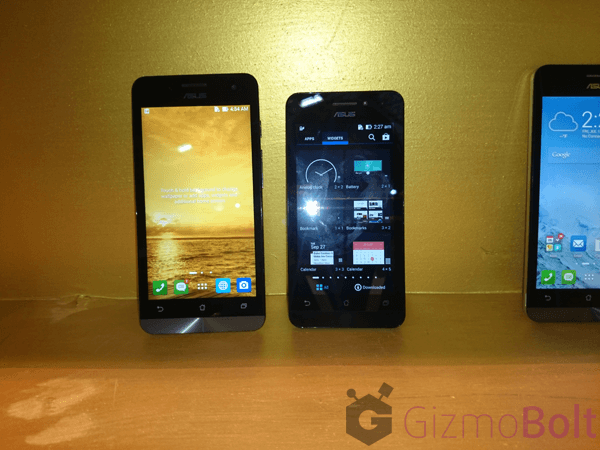 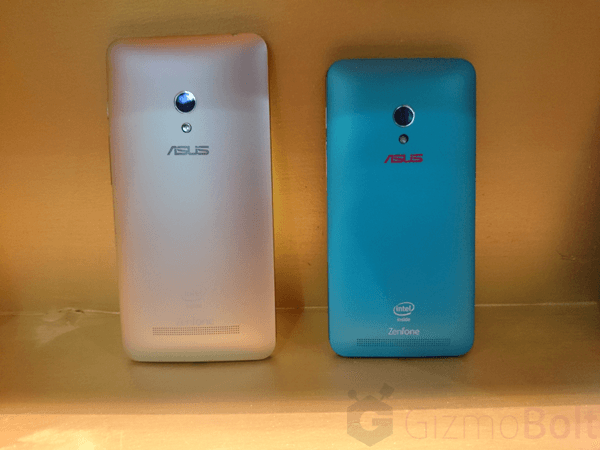 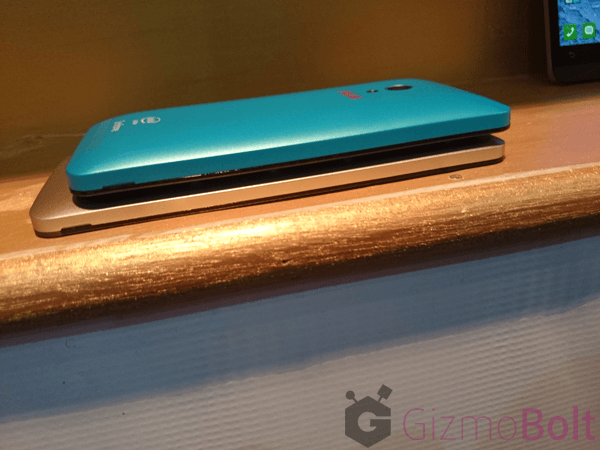 What do you say guys has Asus done a good job in providing a smartphone for $99 only. Let us know. Drop your comments below. 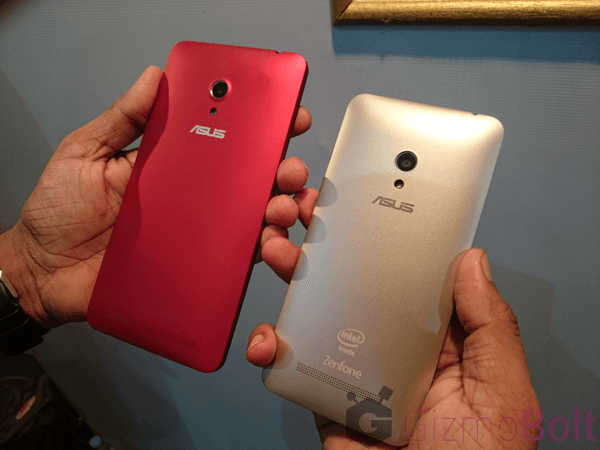 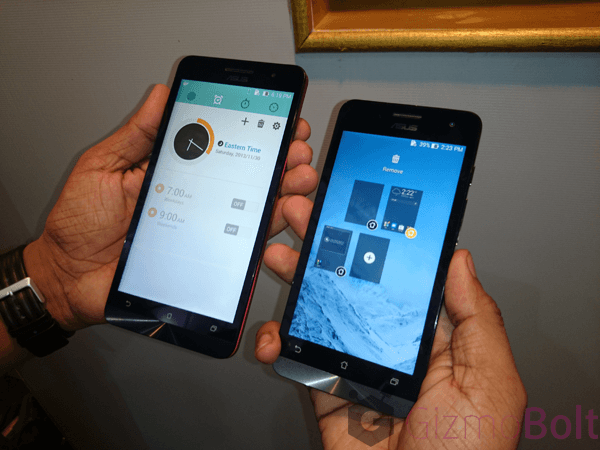 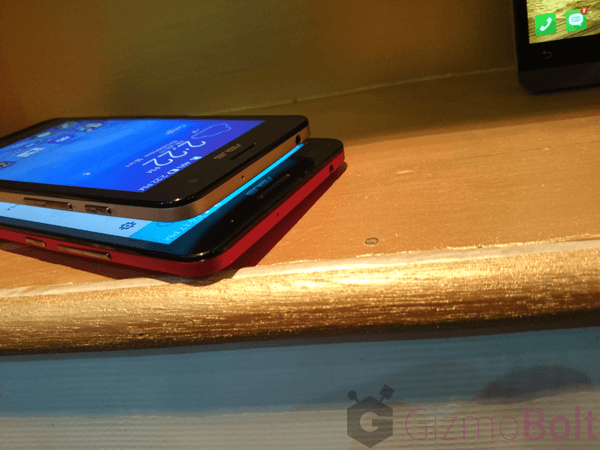 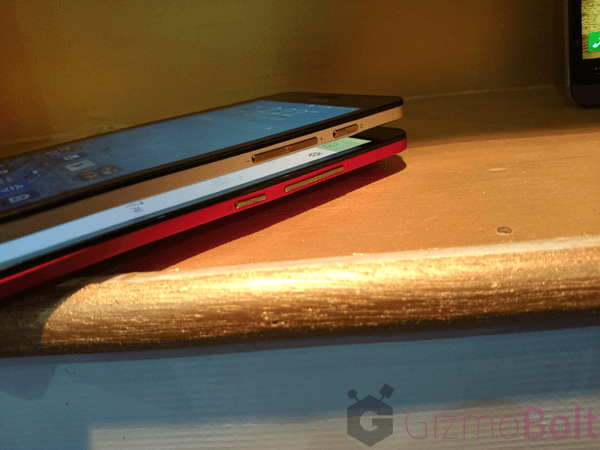 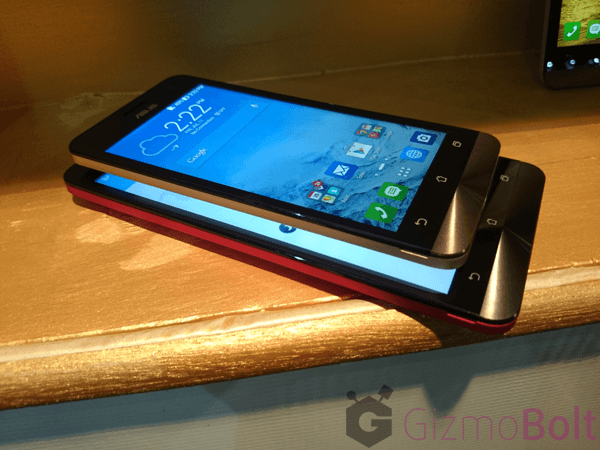 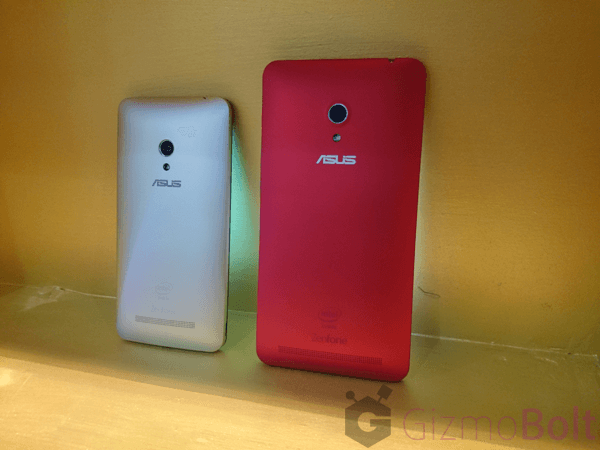 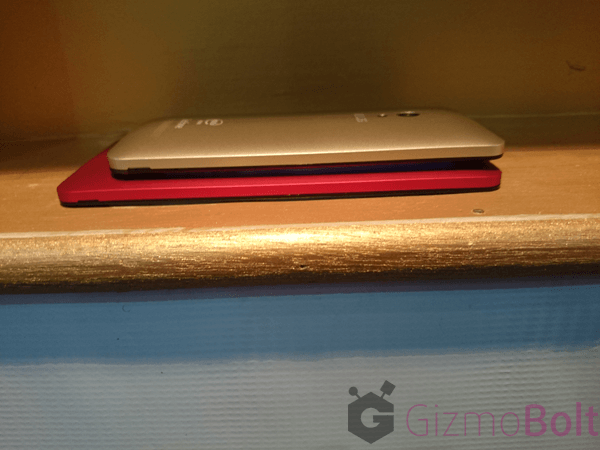 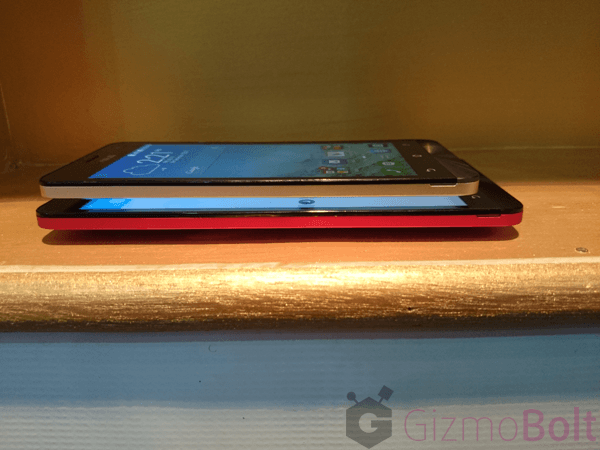 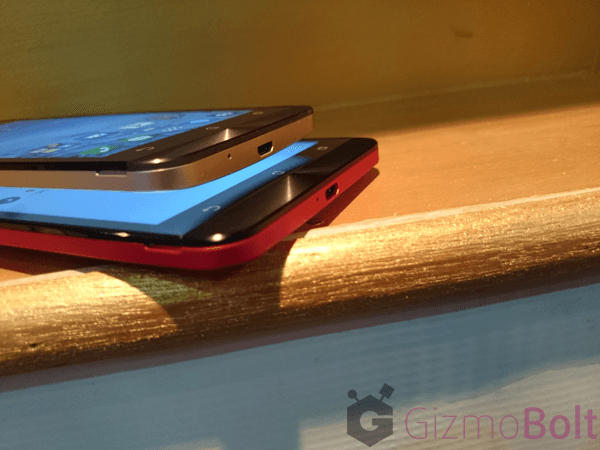 What do you say guys is this the beginning of new budget android smartphones. Xiaomi has already landed Mi 3 in India at a very very reasonable price giving Asus Zenfone series a tough competition, will Asus will able to withstand it. Let’s see. Drop your comments below.

Asus has hit Indian market with good price and wonderful specifications. Asus Zenfone 5 is a perfect competitor for Moto G at its price. When we talk about budget android phones in India.

Check out ASUS CEO and MD with Arjun Kapoor at the launch of Zenfone. 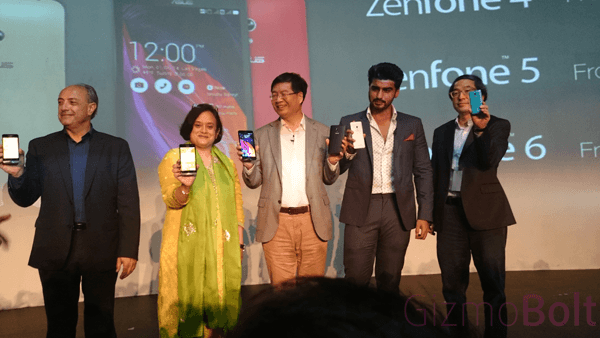 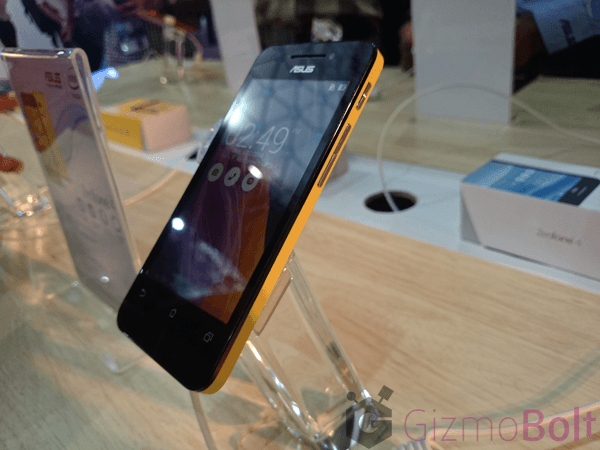 Asus Zenfone 5 both 8 GB and 16 GB model is available exclusively at Flipkart in India. Check the full range of Asus Zenfone in all colors at Flipkart. 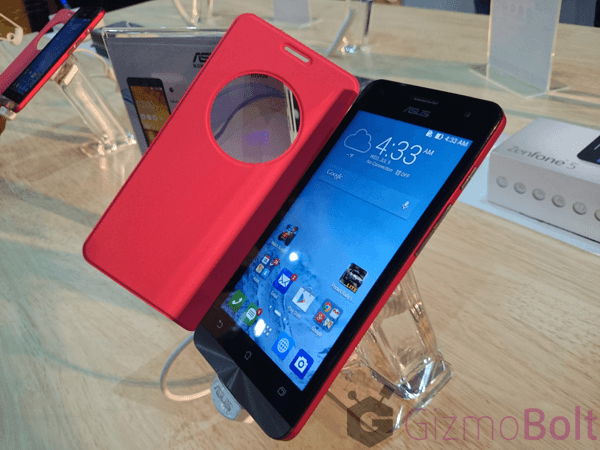 Read our Asus Zenfone 5 hands on review below. 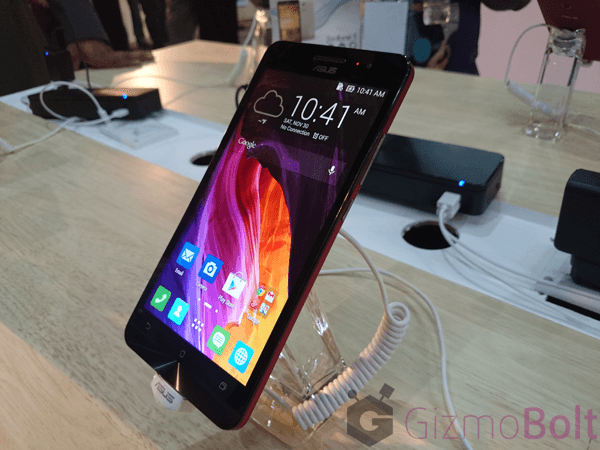 What do you think guys can Asus Zenfone series make a hit in India ? The biggest competitor for Asus Zenfone series at present is Moto G and Moto E. Xiaomi is going to launch Mi 3 in India today at a very reasonable price which will again give a tough competition to budget smartphone market in India.

Are you going to buy Zenfone ? Let us know, drop your comments below.

Asus India has come up with their new budget android smartphone “Zenfone” series where they are going to launch Asus Zenfone 4, Zenfone 5 and Zenfone 6 smartphones in India. We have grabbed Asus Zenfone 5 today for hands on review ( preliminary ), lets see how much is Asus Zenfone 5 is worth as compared to the toughest competitor in same specifications and price range market i.e. Moto G.

Let us give you a brief overview of Asus Zenfone 5. Asus Zenfone 5 comes with android 4.3 out of the box (comes with a promise to get android 4.4 KitKat). It runs on Intel powered Atom Dual-Core Z2560 1.6GHz chipset, available in 5 colors white/red/black/gold/purple. It has 5″ 720p IPS display, 2 GB RAM, 8/16 GB internal storage and a 8 MP rear cam and 2 MP front cam. Asus has come up with a new personalized Asus ZenUI which is a way cooler than stock android UI.

It comes in a small white cardboard box with Zenfone 5 branding on it. 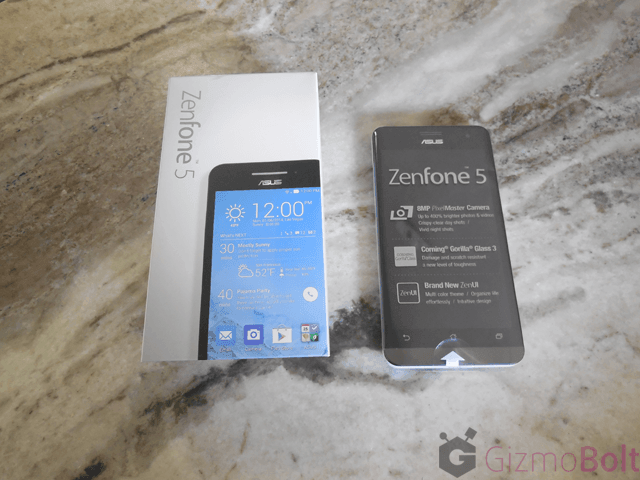 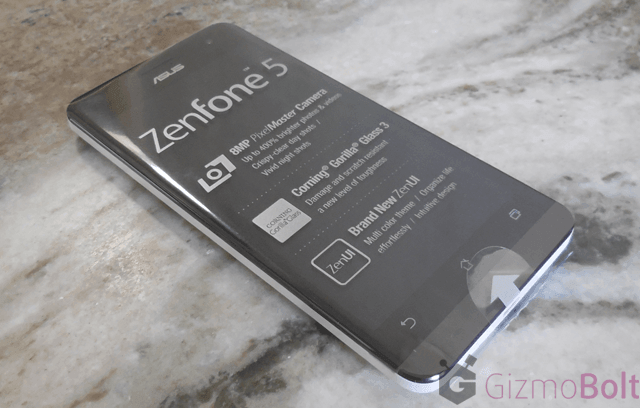 There is screen guard on Zenfone 5 out of the box. 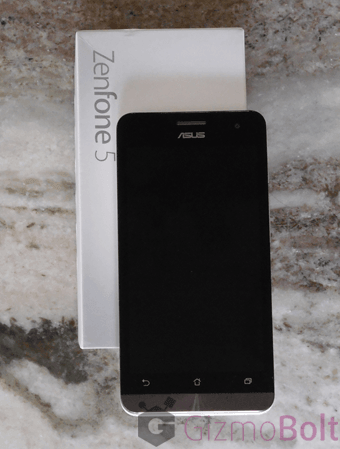 Out of the box Asus is giving 1 headphone ( black ), 1 USB cable and 1 charger along with some warranty cards and start up manuals. 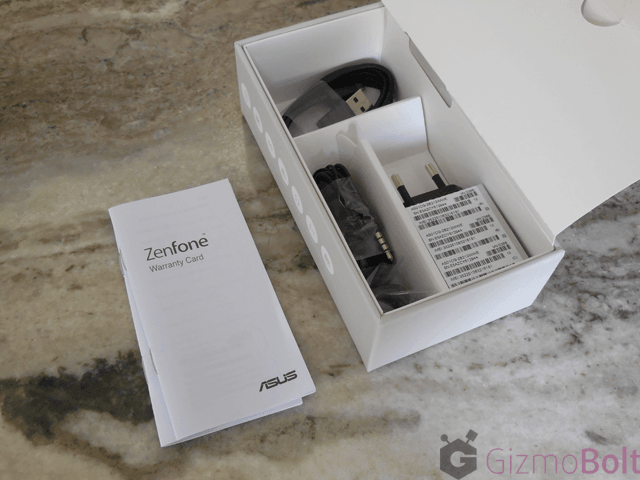 As per reports sales of Nexus 7 2013 tablets were a bit low as 3 Million units sold till Dec 2013 due to increasing competition in 7 inch display devices. Many 5-6 inch display devices from Sony, Samsung, LG have come up recently and 6.4″ Xperia Z Ultra Tablet and Samsung’s Note devices generation are competitive devices in the same range.

To avoid price and screen size competition, Google is planning to launch Nexus 8 Tablet with 8 inch screen display, as there are not much devices in same range except Apple’s iPad Mini which has around 7.9 inch screen size.

If rumors come true we may see soon a new GoogleNexus 8 Tablet manufactured again by ASUS and hope so with calling facility this time and a higher Snapdragon SoC. Neither the existence of Nexus 8 Tablet nor its release date is confirmed for the time being, take the news with a pinch of salt.

Are you excited about Nexus 8 Tablet ? Well we are, drop your comments below.

ASUS has fabricated this flip cover for Nexus 7 2013 tablet exclusively which is not available via Play Store but from online retailers only. ASUS Premium Flip Cover for Google Nexus 7 2013 tablet is priced at £34.99/$57.99/€42.99/3616 INR on MobileFun and is an original ASUS accessory, available in black color only for the time being.

Let’s have a close look at it.

It comes in a blue color box.

Back of cover reads the description of case and how to use pictorial diagram.

Naked case below, ASUS logo is embossed at bottom center of case. It is so sleek, feels very light in weight. Check the adjustable linings on the case which can be folded.

It has a camera opening, externals speaker opening at top and bottom, power and volume rocker keys cover and a USB port opening.

Width of the case is not so thick, it’s OK and has smooth but slippery surface on top and back.

Nexus 7 2013 LTE tablet fits so well in the case, it looks very nice. All ports well accessible, fitting of case is great. On the front flap of case notice the sticky rubber portion on lined surface, well it sticks to screen so that case remains close while holding it. Inner lining of back side of case is made up of plastic ( plyurethane ) from inside and outside.

Check the notebook style opening of the case and slot for top external speakers.

Notice the case cover flaps over power and volume rocker buttons. There is also a pin hole for microphone.

Perfect opening at bottom of case for external speakers and USB port.

Camera opening seems a bit shifted in case but no obstruction in taking pics. Pin hole for 3.5mm headphone jack is also provided.

Lined flap can be folded back to act like stand so that you can watch movies comfortably.

Overall we loved this case, but after usage of one month we got bumper corners of case getting broken and case became a lot slippery. If you are using any such similar flip covers for your Nexus 7 2013 tablet, let us know then. Drop your comments below.

Google Nexus 7 2013 ( 2nd Generation ) tablet was first launched on Google Play Store in India a month back but now news have comes that Google and Asus are together launching the Nexus 7 2013 tablet in retail stores also and as soon the news came we spotted the Nexus 7 2013 LTE model listing on Flipkart, popular Indian online shopping portal.

Nexus 7 2013 Wi-Fi 16 GB model is listed as Rs 20990 and Nexus 7 2013 LTE 32 GB is listed at Rs 27999 on Google Play Store India and at same base price it will be available on other retail stores like Croma, Relaince Digital etc. At present on only Flipkart has its listing online.

Nexus 7 2013 Wi-Fi 16 GB and Nexus 7 2013 LTE 32 GB models are listed on Flipkat and in stock too right now, so all Indian users who want to buy it can do that right now because soon it will be out of stock possibly.

We have already placed our order of Nexus 7 2013 LTE 32 GB model from Flipkart. At present Flipkart is running an offer where you can avail 10% cashback on all orders placed using SBI credit cards.

If you have bought it, review the Nexus 7 2013 in a very brief manner. Drop your comments below.