Xperia Z2 has been announced officially and just a few days after its launch we saw Xperia Z2 System Dump from 17.1.A.0.289 firmware Android 4.4.2 KitKat getting leaked and at the very same moment developers started porting apps from Xperia Z2 System Dump to other Xperia smartphones. We have already seen Xperia Z2 Smart call handling feature getting ported on Xperia Z1, Z1 Compact and for some users it worked on other handsets like Xperia SP and Xperia Z also.

Just now XDA dev xperiaz2 has made Xperia Z2 Social Camera apps Addons port for many Xperia smartphones. It includes apps viz. Creative Effects, AR Effect 2.0.4 , Background Defocus 1.1.7. Some works on rooted handsets and some work on non rooted handsets so you need to have CWM to install below port. If ROM is deodexed it would be great.

To install given below mentioned apps, you must have Xperia Social Camera app on your device. It can be installed on devices like Xperia Z, Z1, Z Ultra,V,TX, SP, M, L, ZR etc.

Back up your default apps in case you are replacing any with the modded ones. 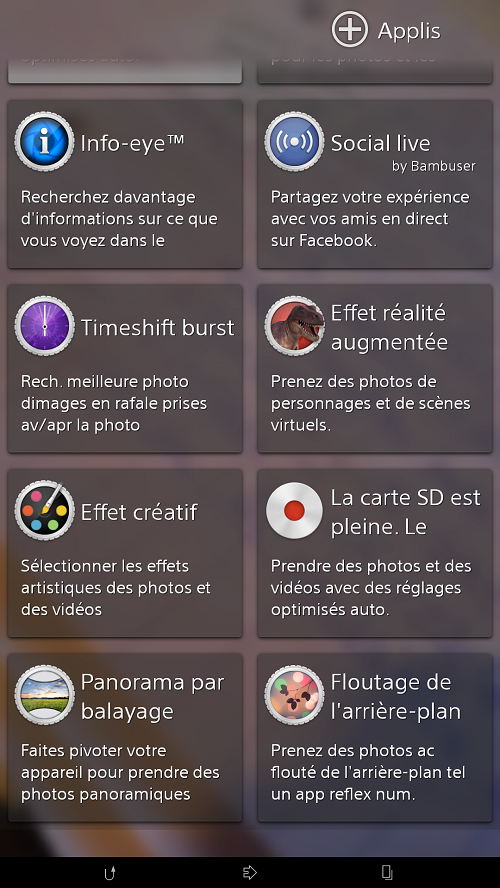 Below app is giving FC sometimes, so try it at your own risk as per XDA dev Levered.

We hope to see Timeshift Video app and 4K camera ported to Xperia Z1 and other compatible devices very soon.  All credits goes to developer for his hard work on these ports 🙂

If you are getting force close error on any apps, mention it below. Try the above apps and do let us know if they worked on your handset, mention the name of handset also. Drop your comments below.