For all AirPods Pro users if you are looking to buy a case for your headset, today we are reviewing Caseology Vault Case. After using cases like Spigen Silicone Fit 2 and Spigen Rugged Armor Back Cover Case, we have found our almost perfect case for AirPods Pro. AirPods Pro comes with a white colored wireless charging enabled case which is bound to get dirty and is prone to attract dirt/dust (if you keep it on a dirty surface or inside your pockets). To protect the case from any dirt and most importantly from any external damage, a case for AirPods Pro is totally recommended.

Caseology Vault Case comes in 3 colors variant viz. Navy Blue, Matte Black, Midnight Green and Burgundy. Caseology Vault AirPods Pro Case is made up of textured TPU material which feels good to hold in hands and is a little bit stronger material than Spigen Silicone Fit 2 Case. Both the back and front side of the case is textured and sides have bumpers. Caseology Vault AirPods Pro Case can protect your AirPods Pro from scratches, dirt and other small damages but it is not an ideal case to protect the headset from a fall. During our testing we noticed that both the headsets came out of case when it was dropped.

Caseology Vault AirPods Pro Case is available for INR 1099 at Amazon India, $15.99 from Amazon US (which is a little over priced as compared to Spigen Silicone Fit 2 Case). 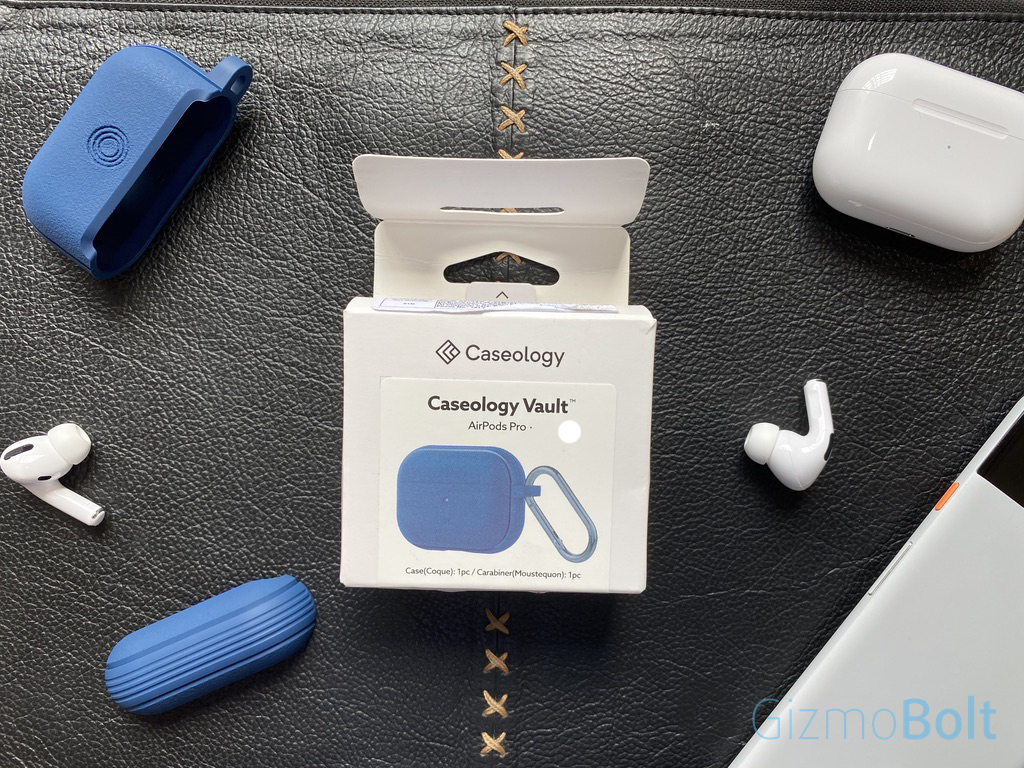 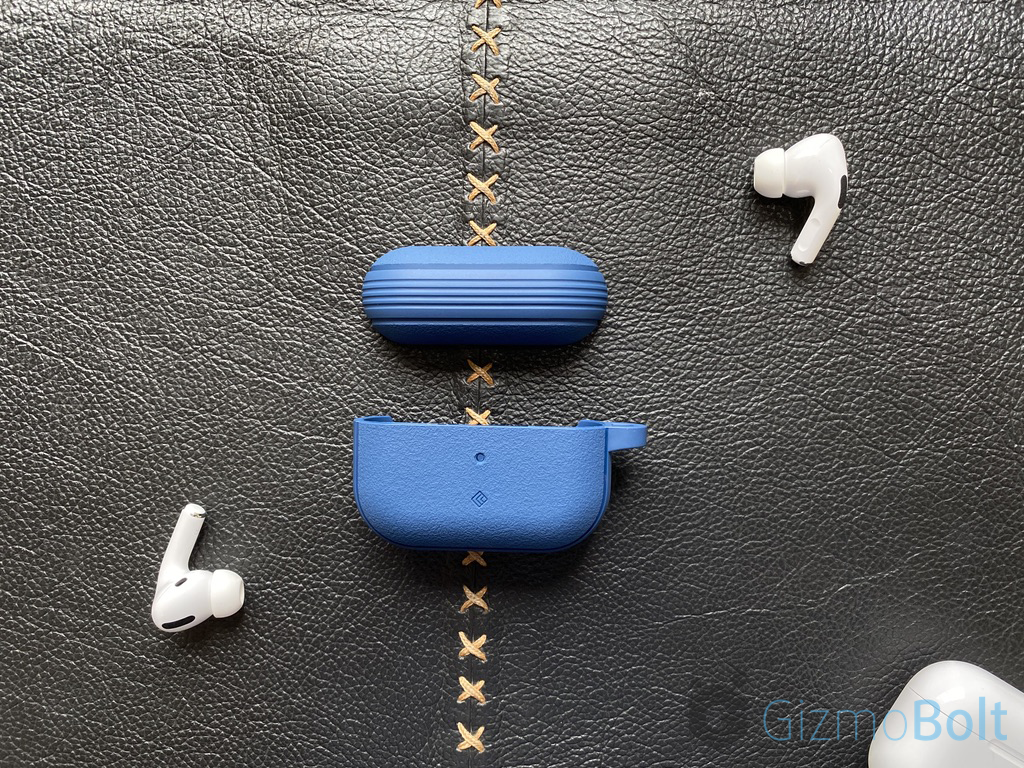 As you know you are using your AirPods Pro with a device (not an iOS), then you need to press the back button on your AirPods Pro case to pair it via Bluetooth, Caseology Vault Case has a soft button at back which is easy to press and does a good job. 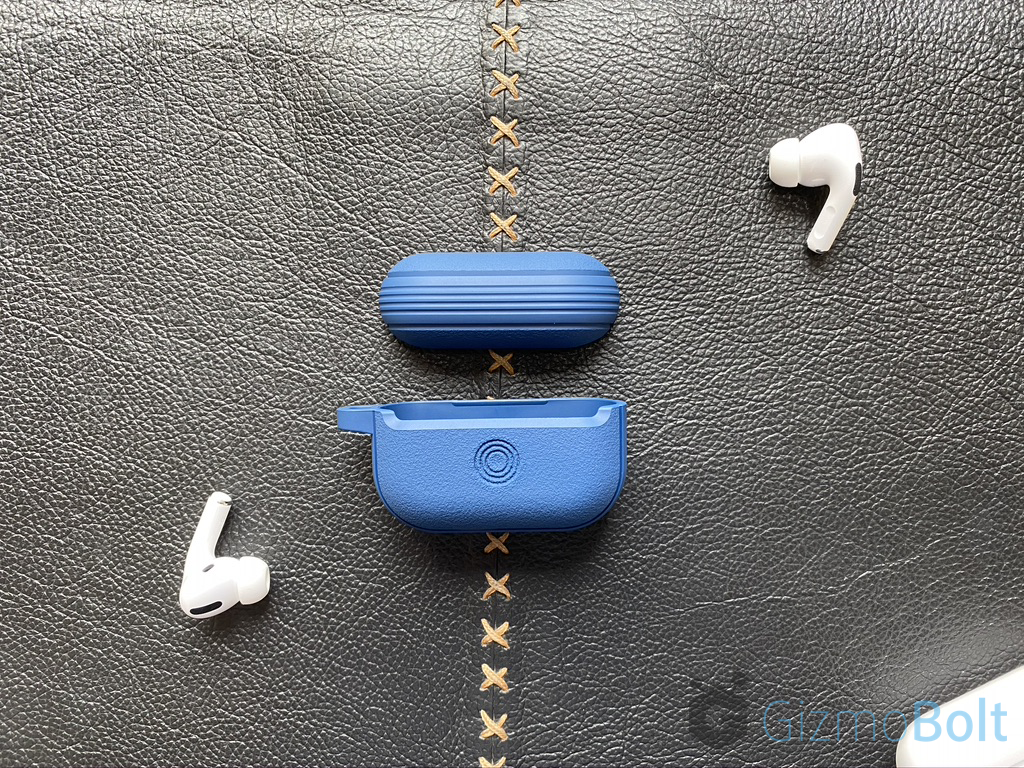 Case header has a pre-installed adhesive tap to have a firm grip with the AirPods Pro Case. Peel the outer sticker and place it firmly on the top of your AirPods Pro. 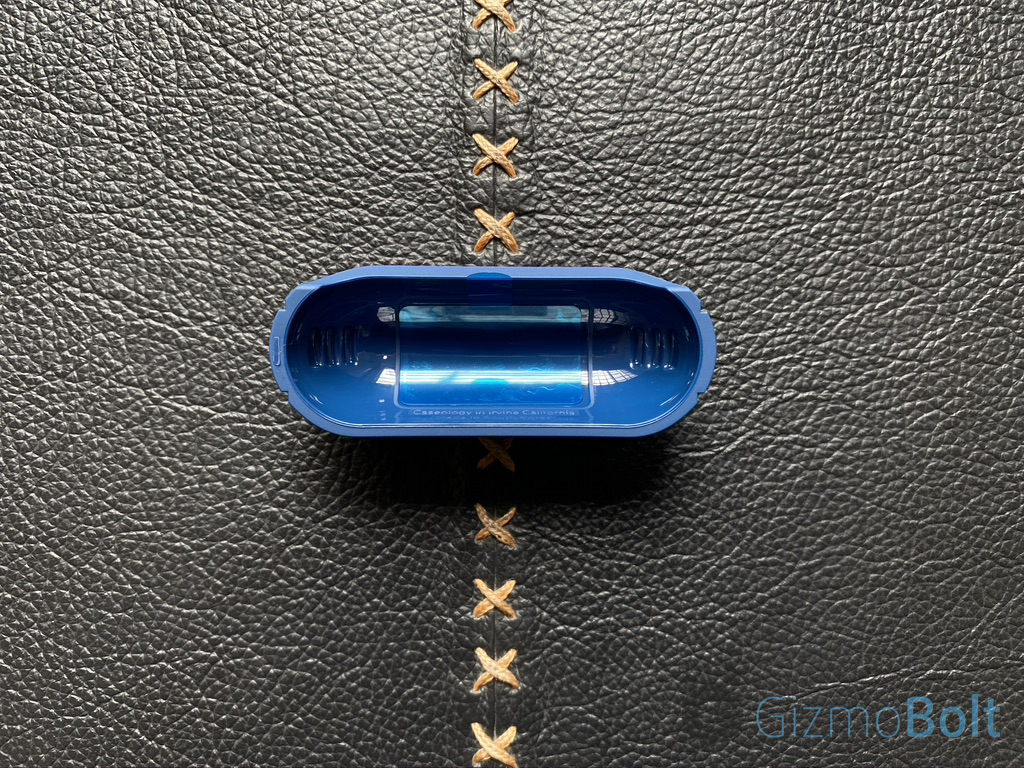 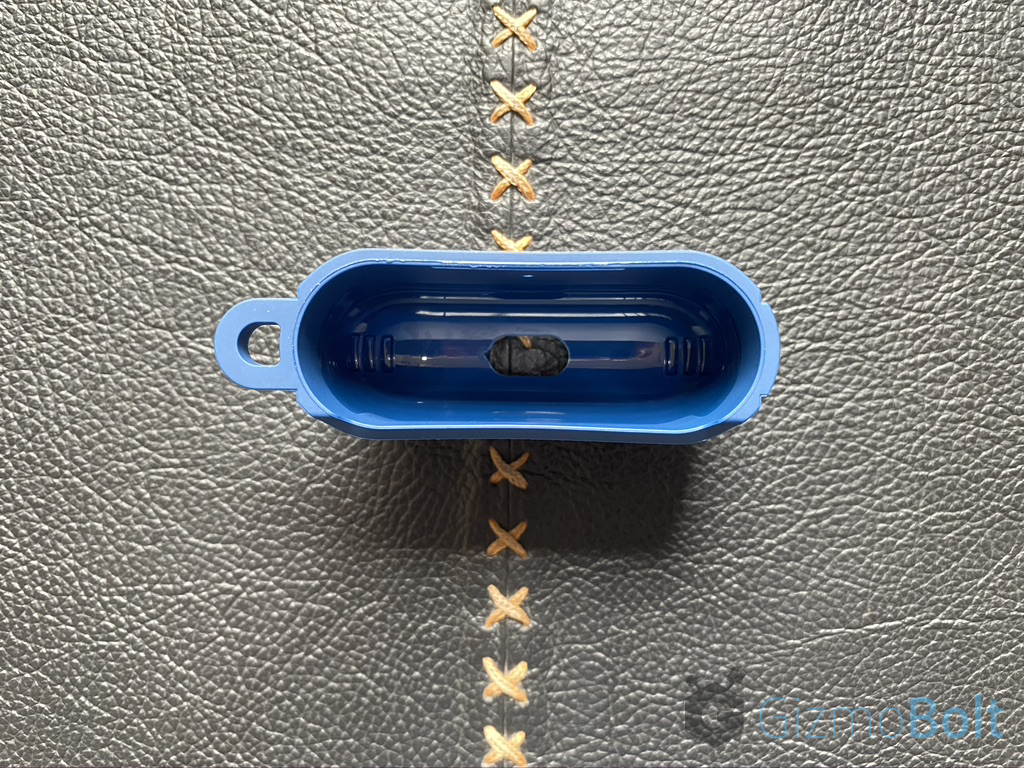 There is hole for placing carabiner so that you easily hold the case. 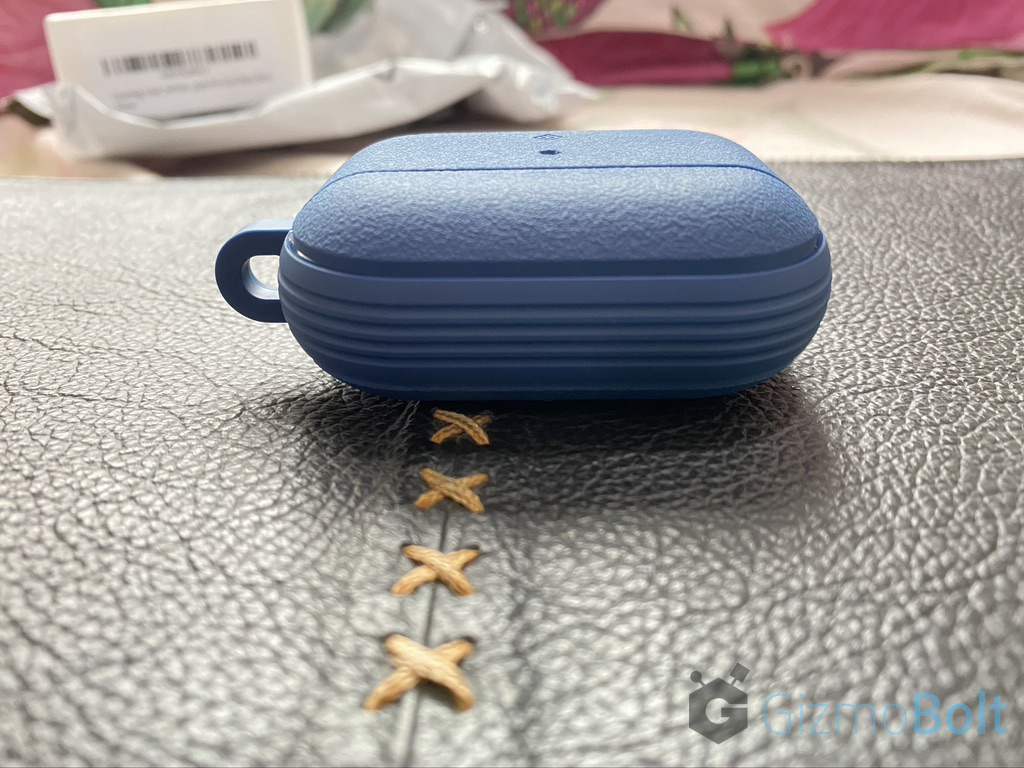 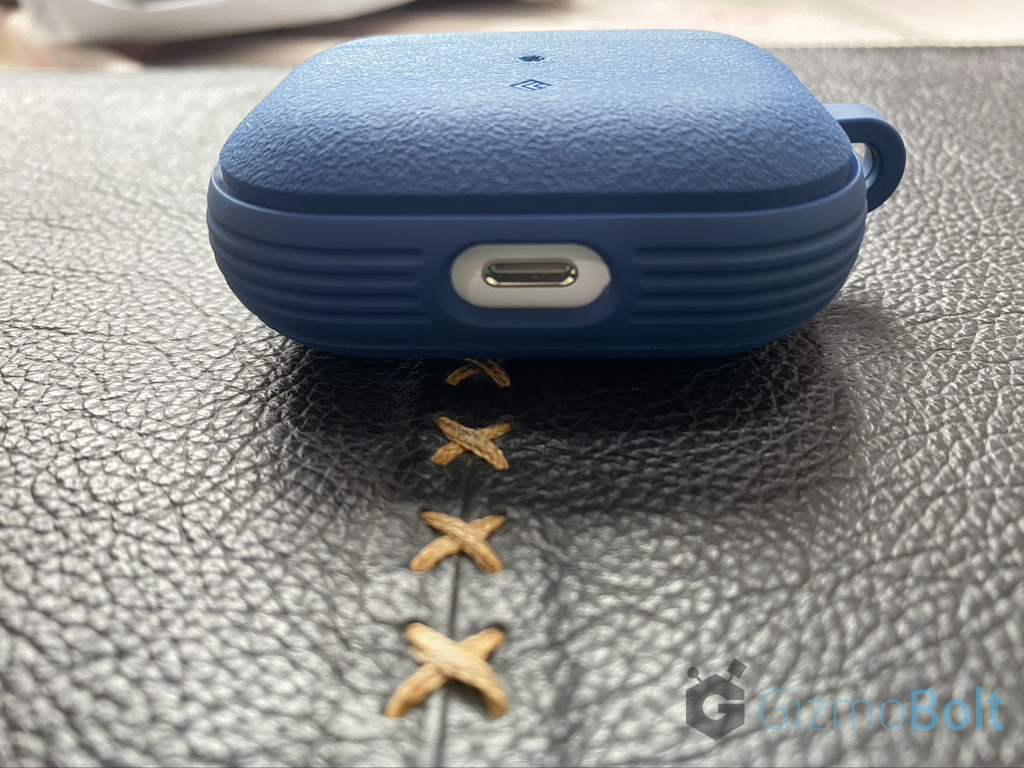 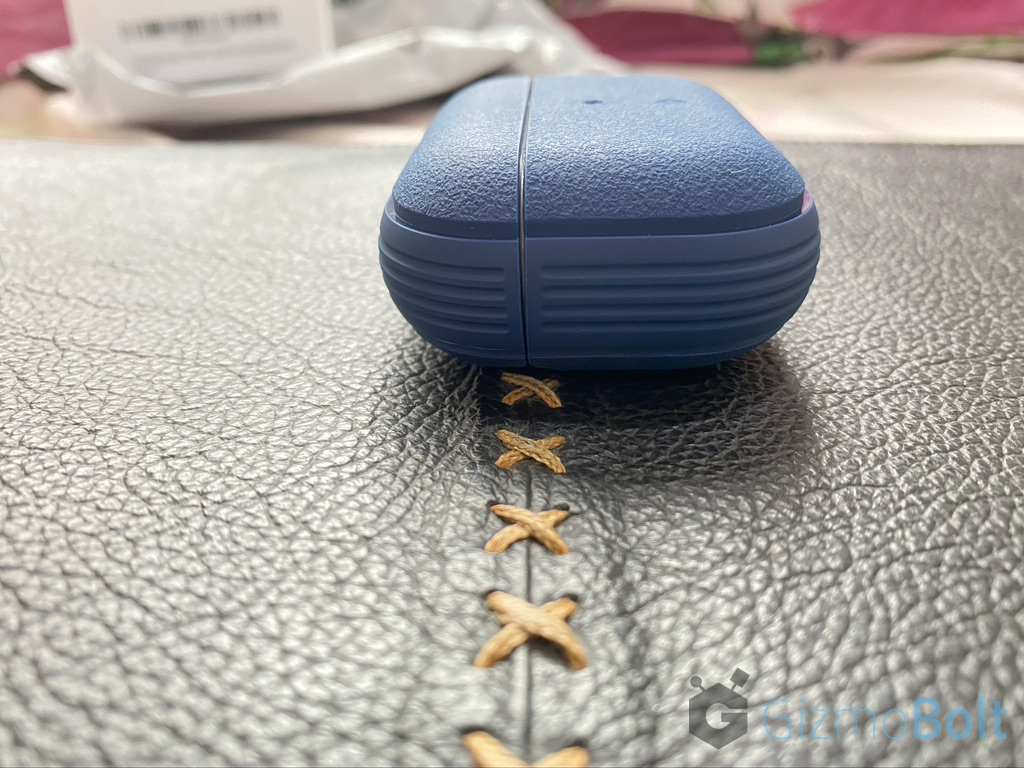 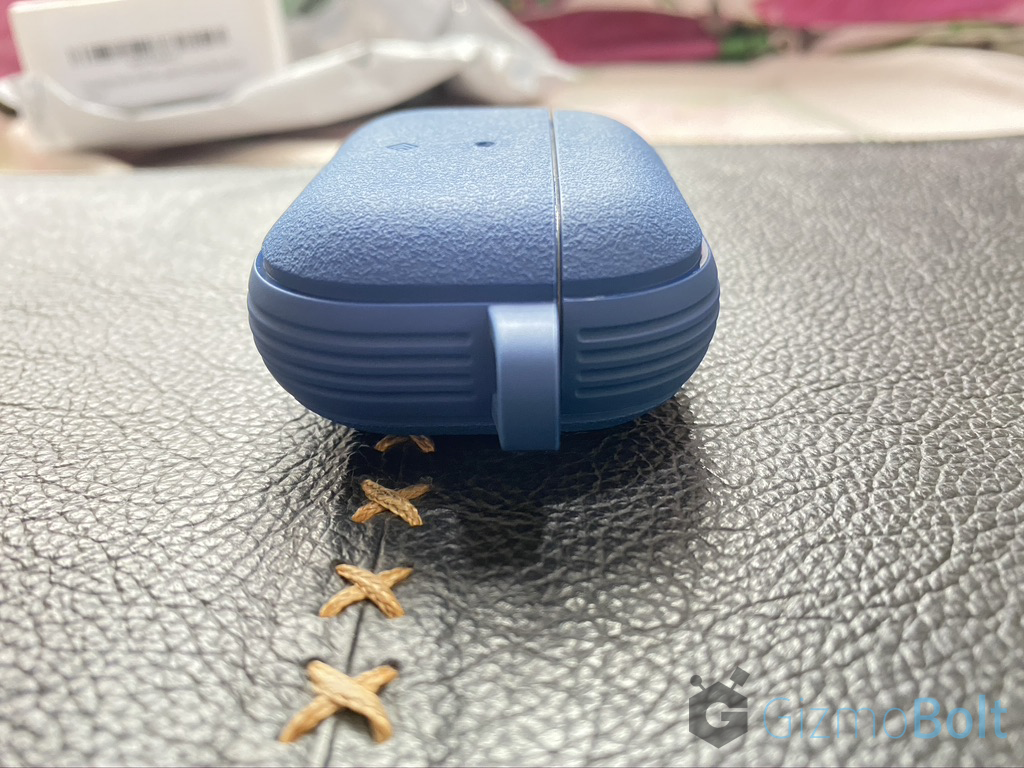 As shown below, case has a cutout at the bottom for charging. 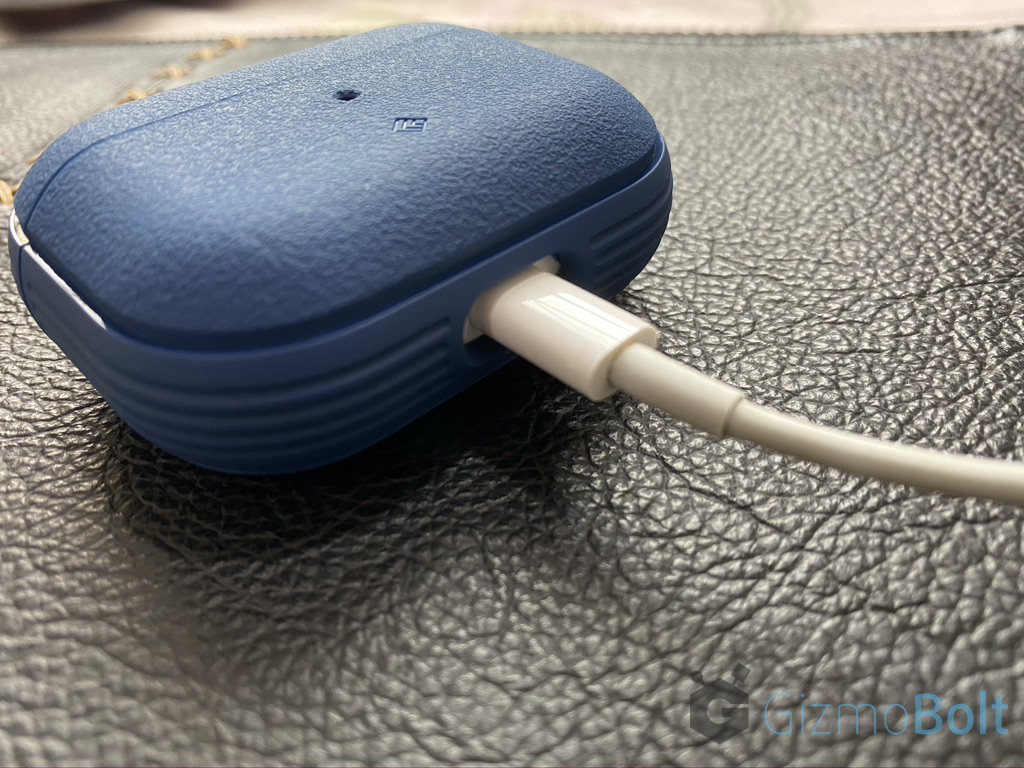 During charging, you can clearly see blinking light from the hole cutout. 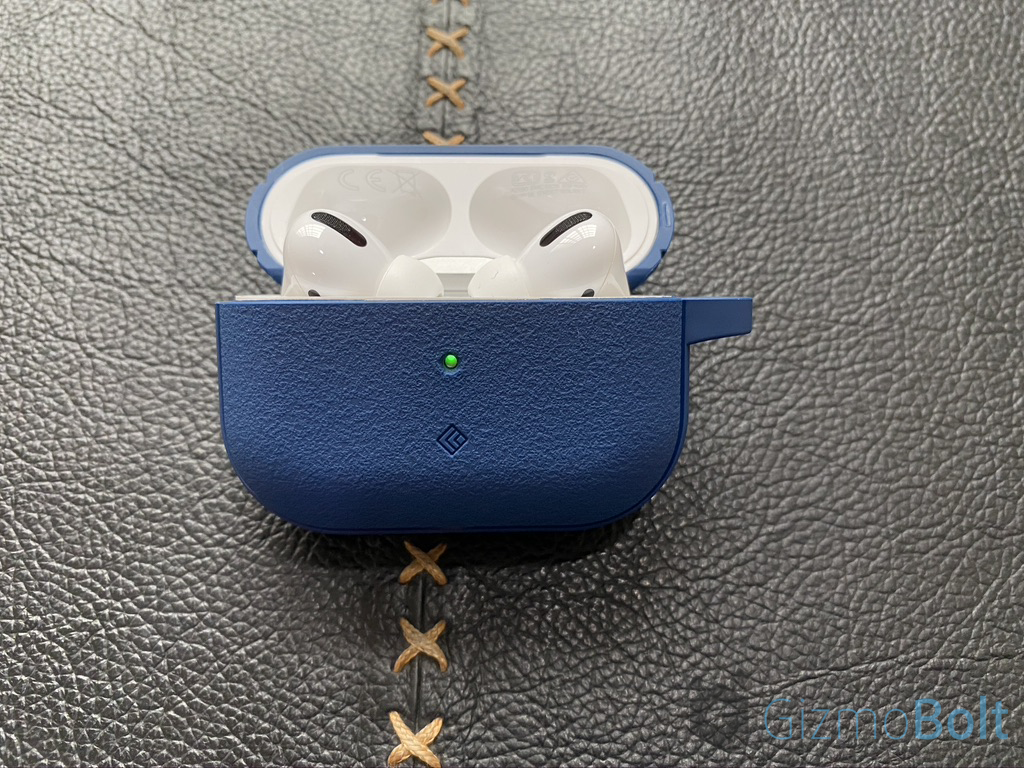 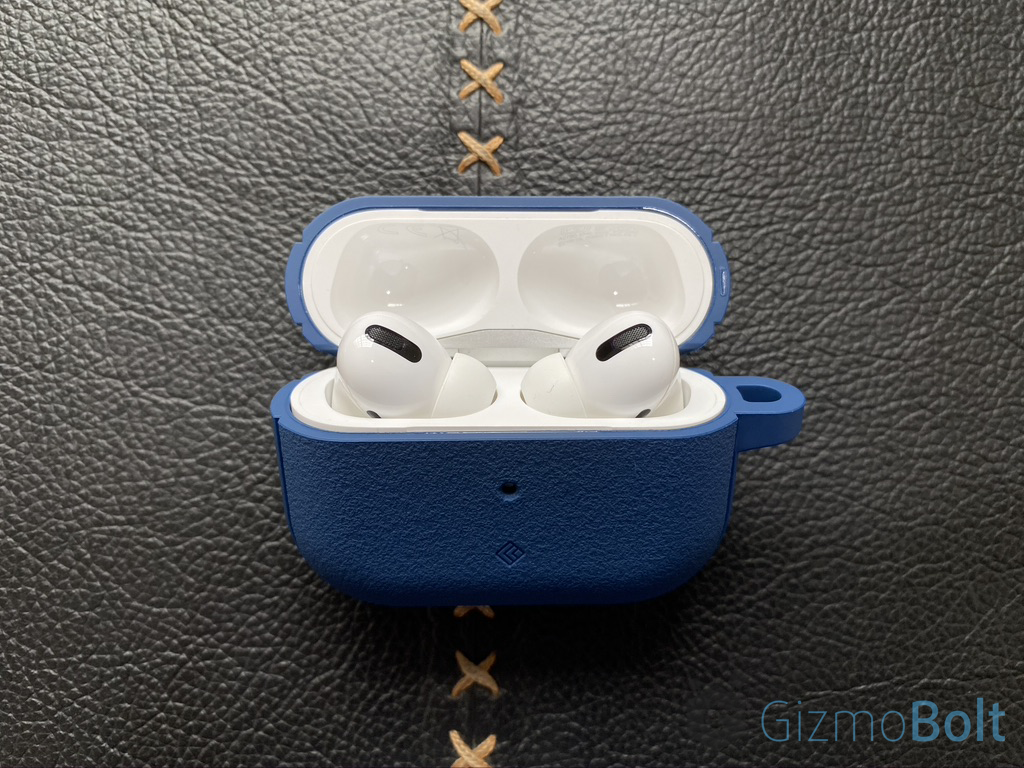 Marketing team of Caseology describes this case as “Tall, Dark and Handsome” and yes it is. Caseology Vault AirPods Pro Case does a good job in protecting your AirPods Pro. It is ideal for daily usage, but not recommended if you tend to drop your AirPods Pro a lot (then one should look for an Spigen Rugged Aromor Case). Let us know which case you are using for your AirPods Pro.

Apple has finally released a new public build of iOS 13.4 and iPadOS 13.4 update with new Memoji stickers and iCloud Drive folder sharing from the Files app. New build 17E255 moves from iOS 13.3.1 build 17D50. We have received the update on our iPhone 11 Pro Max.

iOS 13.4 update brings trackpad support for iPad. In mail app, while viewing new mail, you will notice an updated tool bar. Update also brings bug fixing and other enhancement under the hood.

To update your device to iOS 13.4 Update, go to Settings > General > Software Update. Tap on Download. After downloading the update (make sure your device is above 50% charged or connect it to power for installing), tap on install now. If you find Install Now button “greyed out” then either restart your device or close any video/audio playing app in background like YouTube and try again.

This update also includes bug fixes and other improvements. This update:

If you have update your iOS device to new iOS 13.4 build, let us know in comments section about the battery backup, has it been improved? 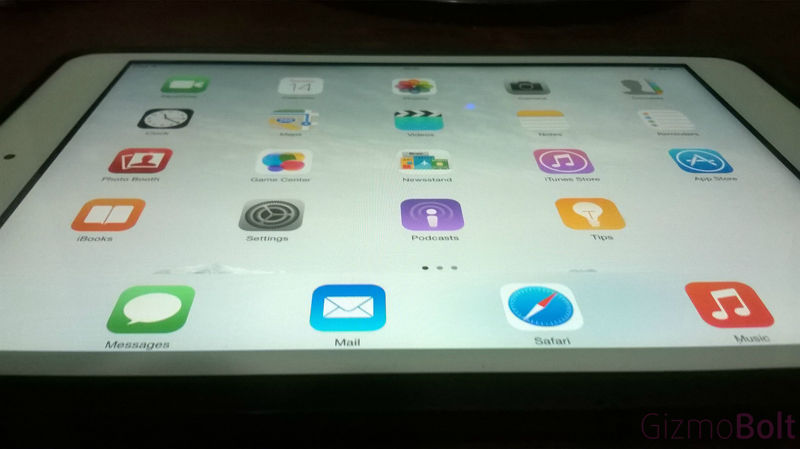 Apple unveiled its latest iOS 8 and OS X 10.10 Yosemite at WWDC 2014. Apple CEO Tim Cook recently paid visit to Mac Pro Unit in Austin, Texas from where just tweeted a pic of iMacs which are supposedly believed running Windows as OS on their system. As we all know Apple has started assembling iMacs at their own US manufacturing campus in Austin recently.

Tim Cook tweeted saying along with a pic “Watching the Mac Pro come together in Austin yesterday,thanks to a team loaded with American manufacturing expertise” but unexpectedly what has caught attention here is that iMacs which are shown in the pics are running Microsoft’s Windows OS ( most probably Windows 7 ).

Below you can see the tweet made by Apple CEO Tim Cook.

Watching the Mac Pro come together in Austin yesterday,thanks to a team loaded with American manufacturing expertise. pic.twitter.com/5LcCOFIVgC 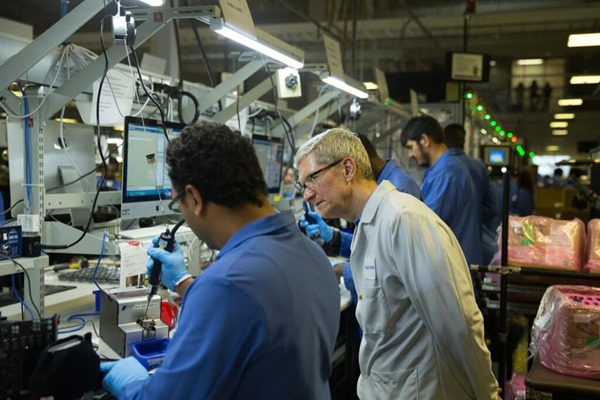 Go through the pic clearly and all comments made by the users on the tweet made and see yourself whether iMacs running Windows or not in that factory production pic. Let us know what do you think, drop your comments below.