Recently we saw Sony D5503 speculated as international version of Xperia Z1 F SO-02F passing through FCC which confirmed officially it’s codename as Xperia Amami and running android 4.3 14.2.A.0.144 firmware. While the exact model name of this device is still a mystery. Some call it Xperia Z1S but now it seems Xperia Z1S and Sony D5503 are tow different devices as seen from the images.

Sony’s press conference at CES 2014 is scheduled on 6 Jan 2014 and at that time it is expected that Sony may officially launch Xperia Z1S ( Facelift version of Xperia Z1 ) and Sony D5503 ( aka Xperia Z1 Mini, global version ), in the midst of it just now alleged AnTuTu benchmark scores of both devices have been leaked somehow. 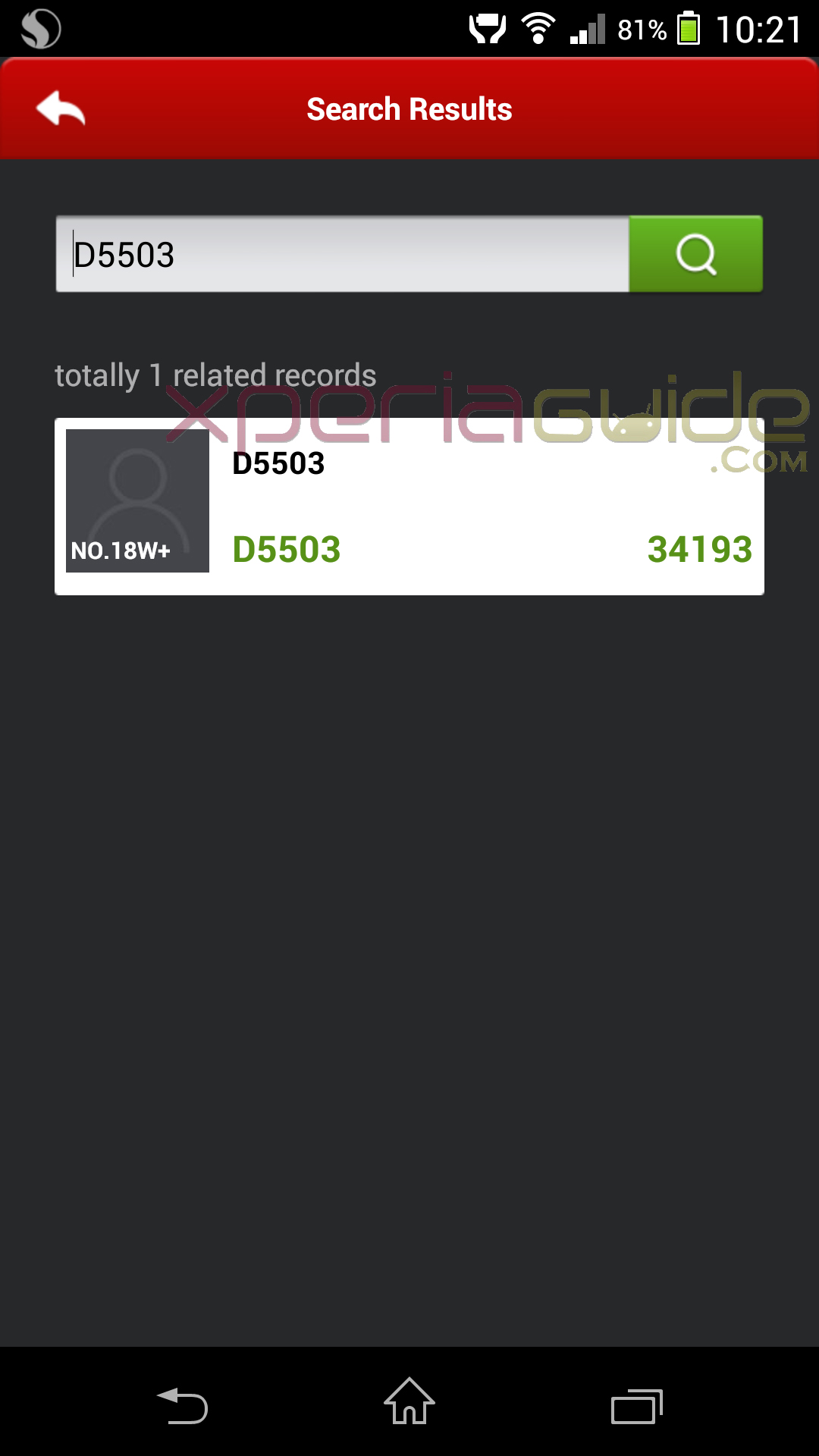 Xperia Z1S is expected as a facelift version of Xperia Z1, when seen in leaked images location of ports and headphone jack was different and even phone was much taller than Xperia Z1. It scores 35485 points on AnTuTu benchmark clearly stating Snapdragon 800 SoC and similar specks like Xperia Z1. 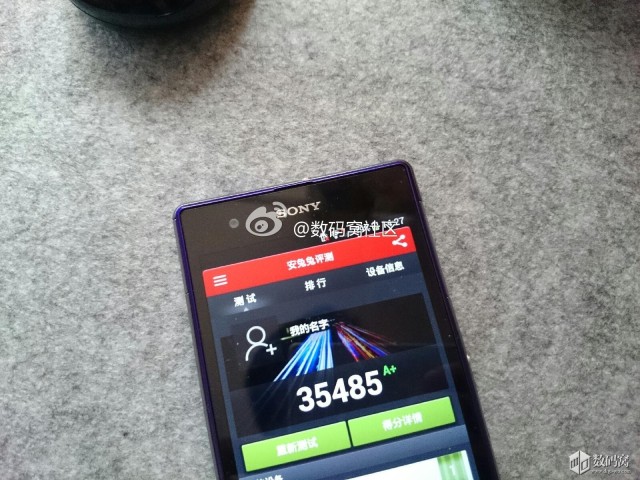 Below AnTuTu benchmark score is of our Xperia Z1 C6902. 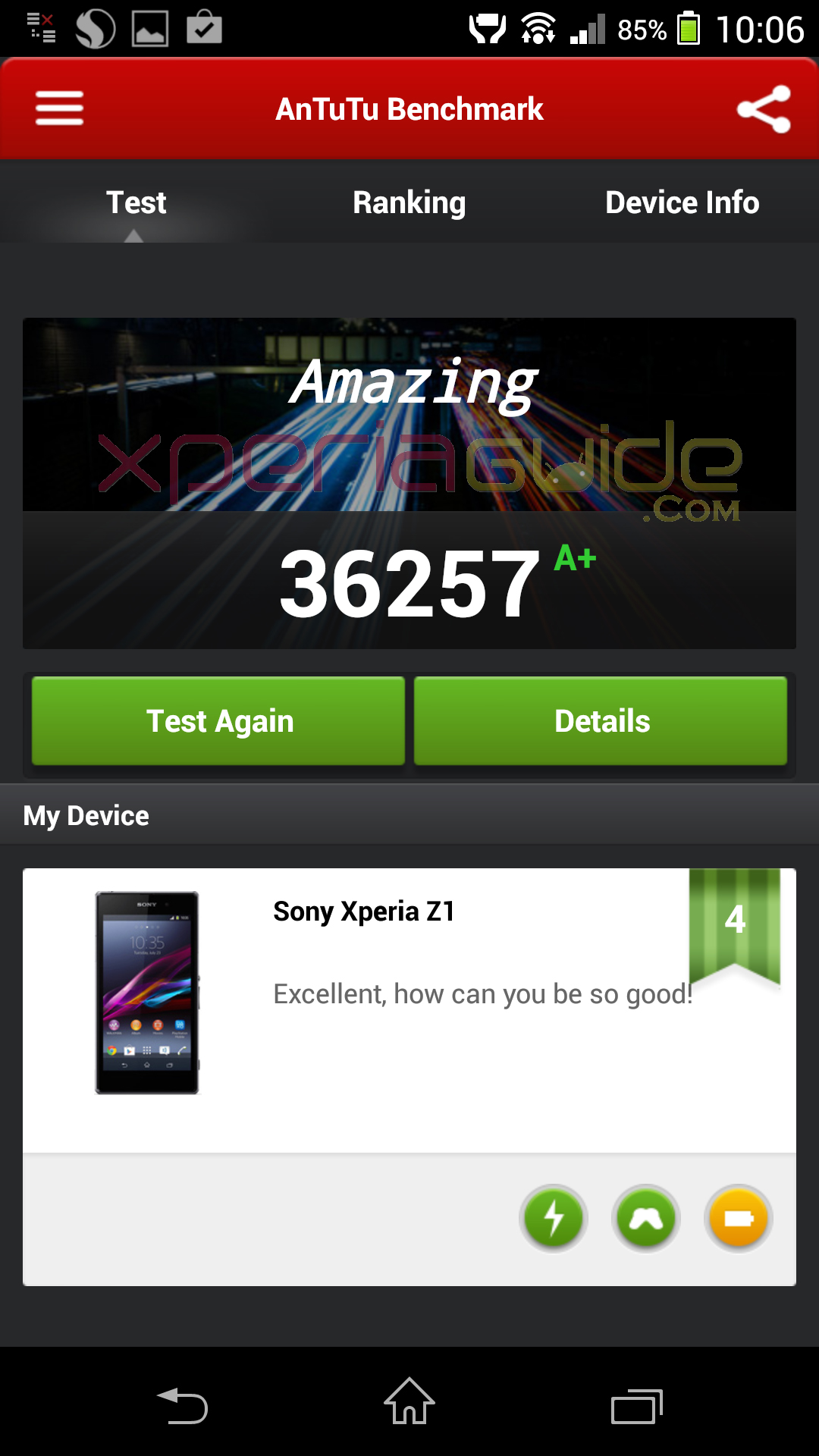 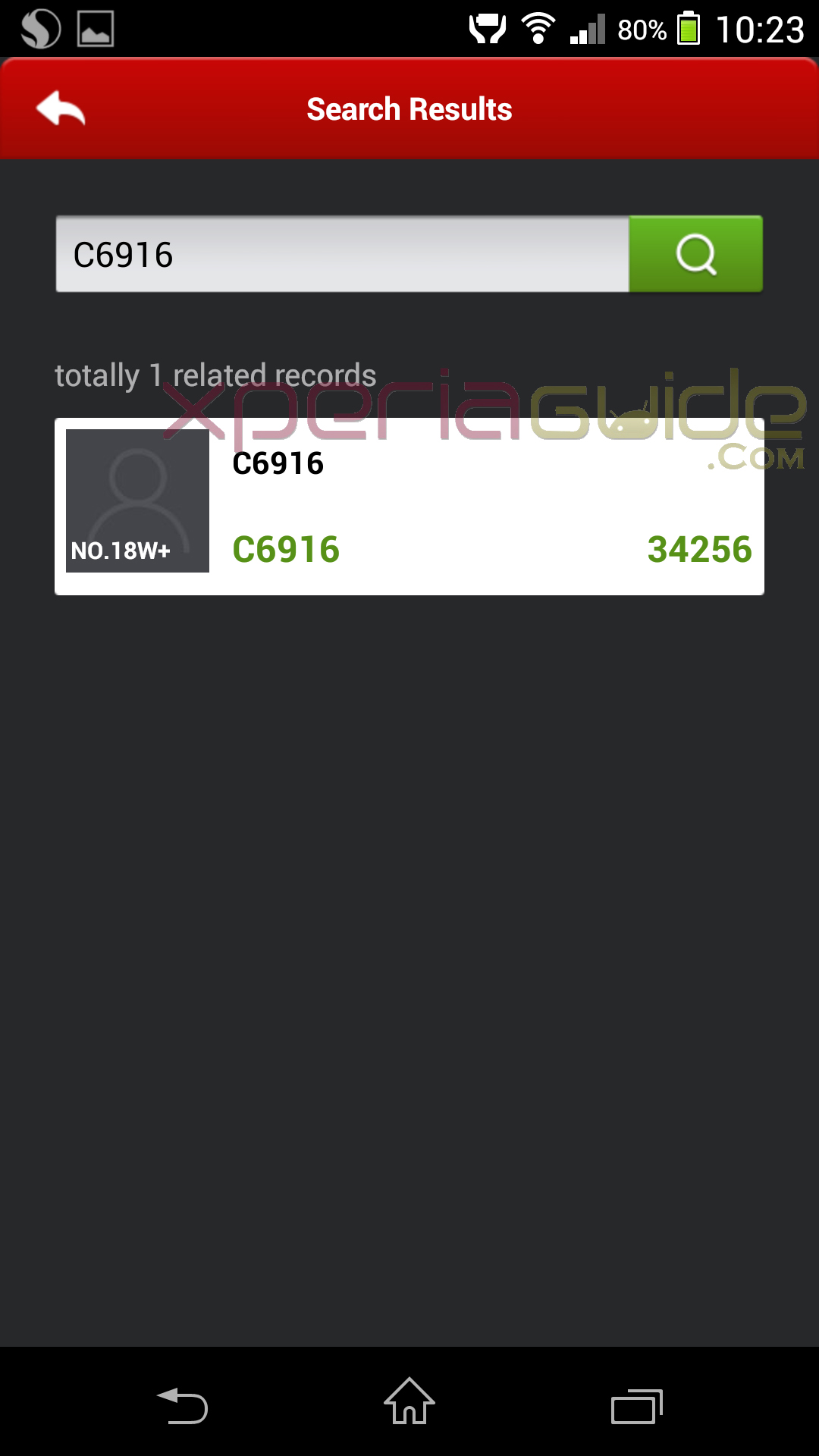 It seems that now launch of Sony D5503 and Xperia Z1S is not very far, we may see one or both devices getting launched at CES 2014.