ZTE Blade V8 Pro has just got the first Android update since it was released. New (Android 6.0.1 Marshmallow) update Z978V1.0.0B19 build installs Android January security patch to the device along with some major changes.

ZTE Blade V8 Pro Z978V1.0.0B19 Update brings a fix to music app closure issue after 15 minutes. ZTE has fixed various bugs as mentioned by users on Z-Community since its launch.

Make sure your device is fully charged or is connected to the charger before you install the update. 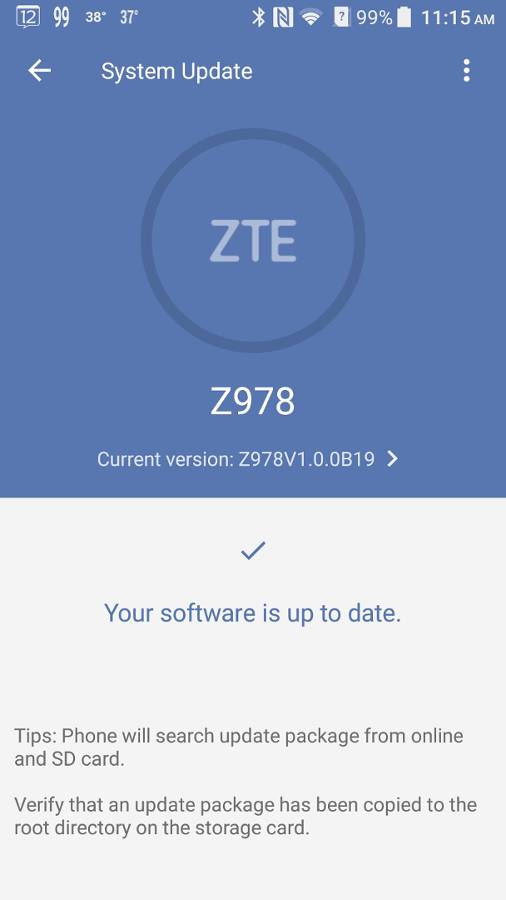 Changelog of the Build 19:

Now it is to be seen when ZTE pushes Android Nougat update to the device.

If you have already updated your device on latest Z978V1.0.0B19 build, let us know your views on it. Are you still facing any bugs? Drop your comments below.