Album App 5.4.A.0.20 update says Android 4.4 KitKat support again in changelog, which may indicate that Sony is updating its media apps before they roll out the official android 4.4 KitKat firmware update on their handsets. If you look closely in the screenshots you will see white icons in the status bar which is a native KitKat feature. 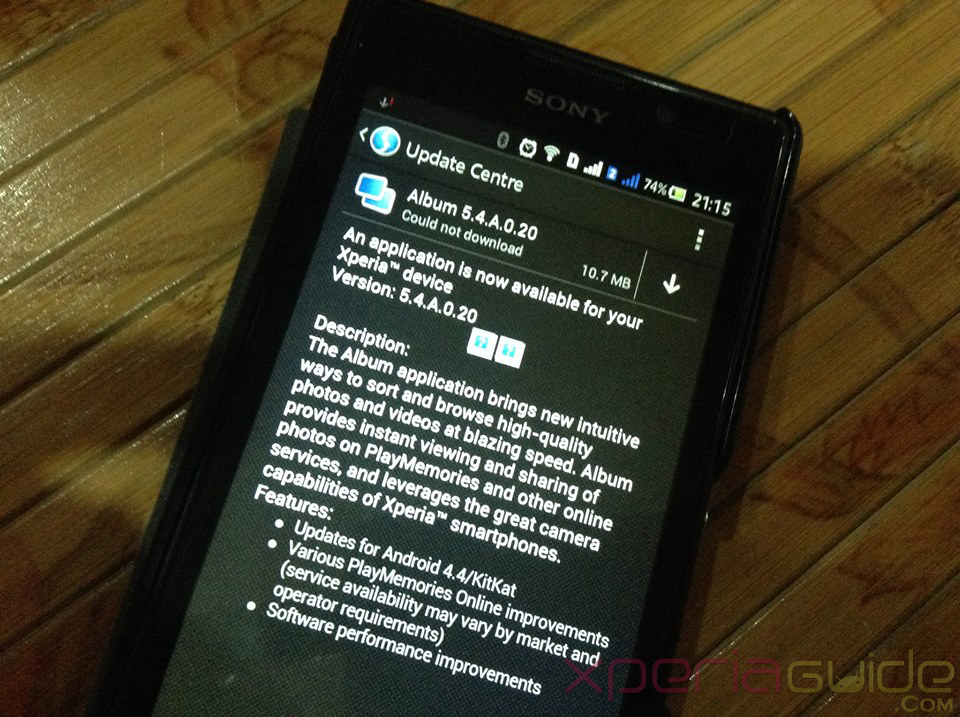 Check in your update center app for Album App 5.4.A.0.20 update notification as shown below. 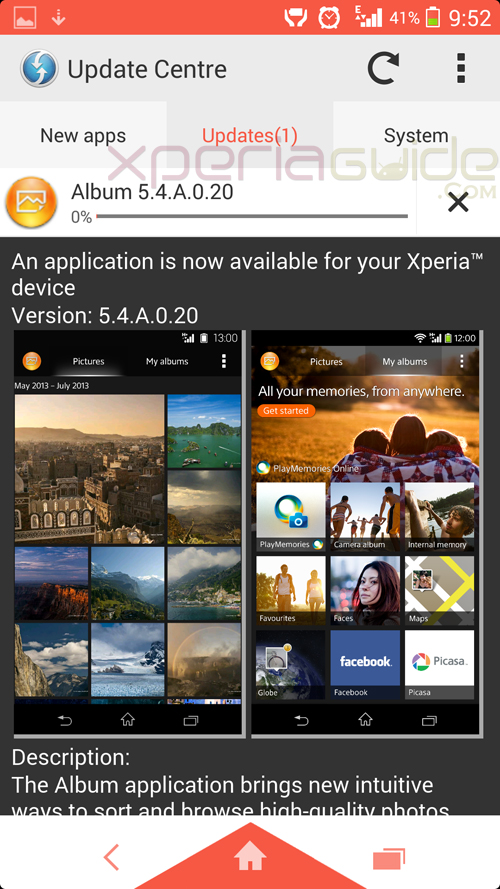 Install as normal apk on your android 4.3 and android 4.2.2 powered devices. It may or may not work on  Xperia S, SL, Acro S, etc let us know after trying. 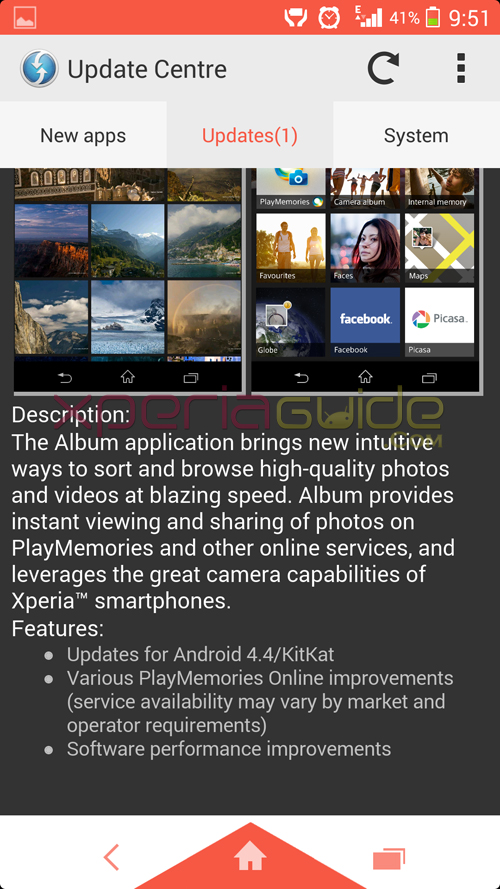 Fast loading of thumbnails and smooth scrolling across pics is noticed.

We hope Sony soon rolls out KitKat firmware for its mentioned devices, hopefully it will come only after Sony’s MWC event where it will unveil Sony D6503 and Sony Xperia Z2 Tablet with the new KitKat UI.

If you have got this Album App 5.4.A.0.20 update already, let us know if you are facing any bugs. Drop your comments below if it works on your device.