Sony Mobile has just updated one of their media app, Album app is updated to new version 5.4.A.0.12 from previous 5.3.A.0.24 version. This new update moves album app from version 5.3.A to 5.4.A which means considerable changes in the app. At present Album app version 5.4.A.0.12 is confirmed rolling on Xperia Z series and Xperia L across many nations.

Album app version 5.4.A.0.12 brings android 4.4 KitKat Support as mentioned in the changelog which is very amusing right now, why would Sony mention android 4.4 KitKat stuff in the changelog of media app update. Well if you see clearly in screenshots below in one the screenshot taken by Sony itself, all icons in status bar are white in color which is a standard KitKat feature of Android.

Album app version 5.4.A.0.12 is rolling as OTA update, check in your update center app. 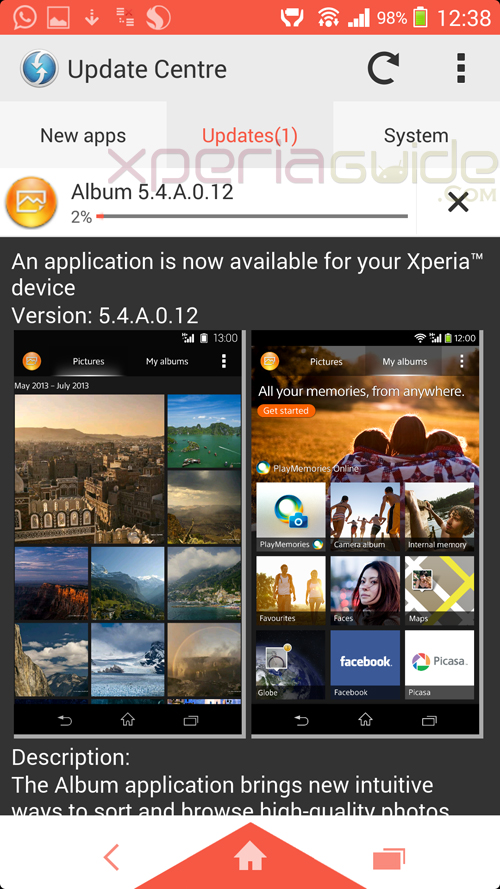 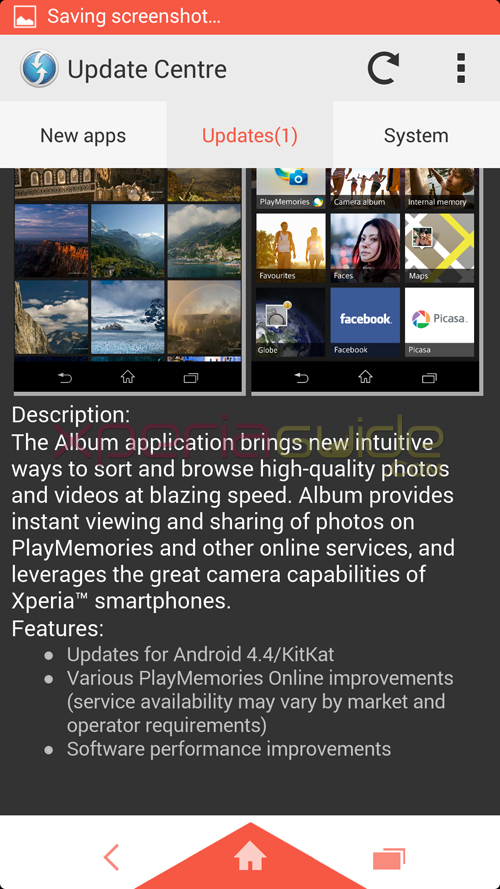 Smooth scrolling across pictures and fast loading of thumbnails is seen.

What do you think why would Sony mention KitKat support in Album app version 5.4.A.0.12  update, is its release near than we actually expected. Drop your comments below.