Xperia SP 12.1.A.1.192 firmware which was spotted on PTCRB at Feb end has been approved and confirmed by SFR carrier in France and roll out of the same starts today dated 21 March, 2014. Sony rolled android 4.3 12.1.A.0.266 firmware update on Xperia SP after a long delay and getting number of firmware certified for the same android version but Xperia SP users are still not satisfied with the build as it has many bugs associated with it.

Earlier today SFR France mentioned that android 4.3 has been finalized for Xperia M and now they have posted another good news, as per SFR carrier in France, 12.1.A.1.192 firmware update can come anytime today and will bring more improvement in performance and stability, overall smooth graphical experience and update to Sony Media apps viz. Walkman, Album, Movies.

12.1.A.1.192 firmware update has not been spotted yet rolling on any user’s handset so far but as soon as it comes we will let you know.

Bugs like hidden volume bar, touch responsive issues, poor camera quality in low light, heating and battery drain issues have come up on 12.1.A.1.192 firmware update. Do let us know your bugs list on Xperia SP. 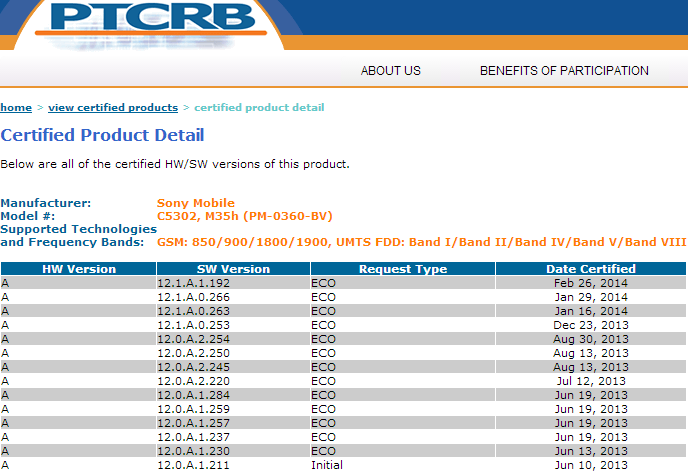 No ETA is there on 12.1.A.1.192 firmware roll out yet but seeing that bug fixing update over the original android 4.3 firmware on Xperia SP, T, TX and V has been certified at the same time, it may come soon now.

Sony has put Xperia SP android 4.4 KitKat update now under investigation unfortunately, but we do hope KitKat to arrive on Xperia SP. What bugs you are facing on Xperia SP 12.1.A.1.192 firmware currently. Let us know. Drop your comments below.