The Samsung Galaxy S5 released in 2014 while the Galaxy S6 followed in 2015 with some advancements. However, you may be wondering exactly how much better the S6 is compared to the S5. What features from the S5 can still be found in the S6? Are the new features installed on the S6 worth the extra costs? If you are on the fence about which smartphone is the better choice, then discover the following differences and similarities between the two in design, display, and other functionalities.

How Is the Design and Display on Each Phone Different?

First consider the design of the phones. The Galaxy S6 is slightly smaller than the Galaxy S5 with dimensions of 5.6 by 2.78 by 0.27 inches and a weight of 4.87 ounces. The S5 weighs 5.11 ounces and has dimensions of 5.59 by 2.85 by 0.32 inches. The material that both phones are made from is completely different. The S5 contains plastic, and the S6 has a main body made from Gorilla glass with aluminum accents. 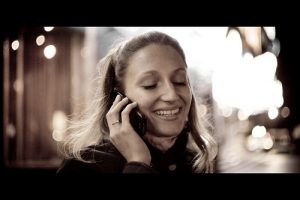 Both models have the fingerprint feature, but the S6 is touch-based while the S5 relies on swipe-based input. Each phone has touch-sensitive control keys. The main difference is that the S5 has interchangeable covers, which is good for anyone who likes to easily change the style of the phone.

Additionally, the Galaxy S5 on a reliable network such as T-Mobile has a favorable dust- and water-resistant design. One of the reasons why industry sources consider T-Mobile a reliable network is because the carrier’s top ranking in 4G LTE speed and availability. This feature permits ease of access for voice and data no matter where you may be traveling.

The display size of the S5 has carried over to the S6 whose display measures 5.1 inches. The resolution is higher in the S6 at 1440 by 2560 pixels while the S5’s resolution is at 1080 by 1920 pixels. The displays in the S5 and S6 are the same with its scratch-resistant glass, ambient light sensor, and proximity sensor.

What Camera Features Do the Galaxy S5 and S6 Have?

Each phone’s camera comes equipped with 16 megapixels and LED flash. The front-facing camera of the S6 has increased to 5 megapixels compared to the S5 with its 2.1 megapixels.

One undesirable feature of the S5 is that its camera lens sticks out, which is not favorable when you want to put your phone in your pocket. Both cameras have autofocus and a back-illuminated sensor; however, the S6 has been improved with optical image stabilization and High Definition Range (HDR) mode. This feature will bring you less blurry images and better quality videos. Plus, with the S6, your camera will stay ready since it will remain turned on in the background.

What Are the Memory and Storage Features of the S5 and S6?

The S6 comes with 3GB RAM and the S5 has 2GB RAM. Having more memory on your phone is important if you plan to do many activities with your phone, such as run more apps or have multiple browser tabs open. The S6 also comes with different amounts of storage. You can choose from a phone with 32GB, 64GB, and 128GB. Of course, the more storage you want, the more you will have to pay for that storage. Storage capability is a significant change from the S5 which comes with a microSD slot installed, one that allows you to increase your memory when you want.

How Is the Connectivity on the S5 Compared to the S6?

The connectivity features on both phones are relatively the same. Both phones come with dual-band 802.1ac Wi-Fi, microSD, mobile hotspot, and GPS. The biggest difference is that the S6 features Bluetooth 4.1 and the S5 has 4.0.

To sum up, both the Samsung Galaxy S5 and S6 are great Android smartphones that deliver awesome features for their users. The better choice in a phone, however, is really dependent upon the individual user and how that user envisions working with the phone.