The internet is changing, and so are the ways to market around it. Speaking of which, Email Marketing is taking a new turn, it’s being molded into something much more than just “email marketing”. I still remember myself standing at the edge of confusion wondering  which Email marketing tool I should be going with.

They all seem good, and they all seem to do a pretty good job at marketing themselves too, hence I decided to write this review down comparing two of the leading email marketing companies around the globe.

GetResponse VS ConstantContact. I’m pretty sure you don’t need me to introduce you to these two friendly faces, so let’s just get started right-away.

I’m pretty sure if we’re talking about Email marketing, we just can’t miss out email marketing templates, can we? 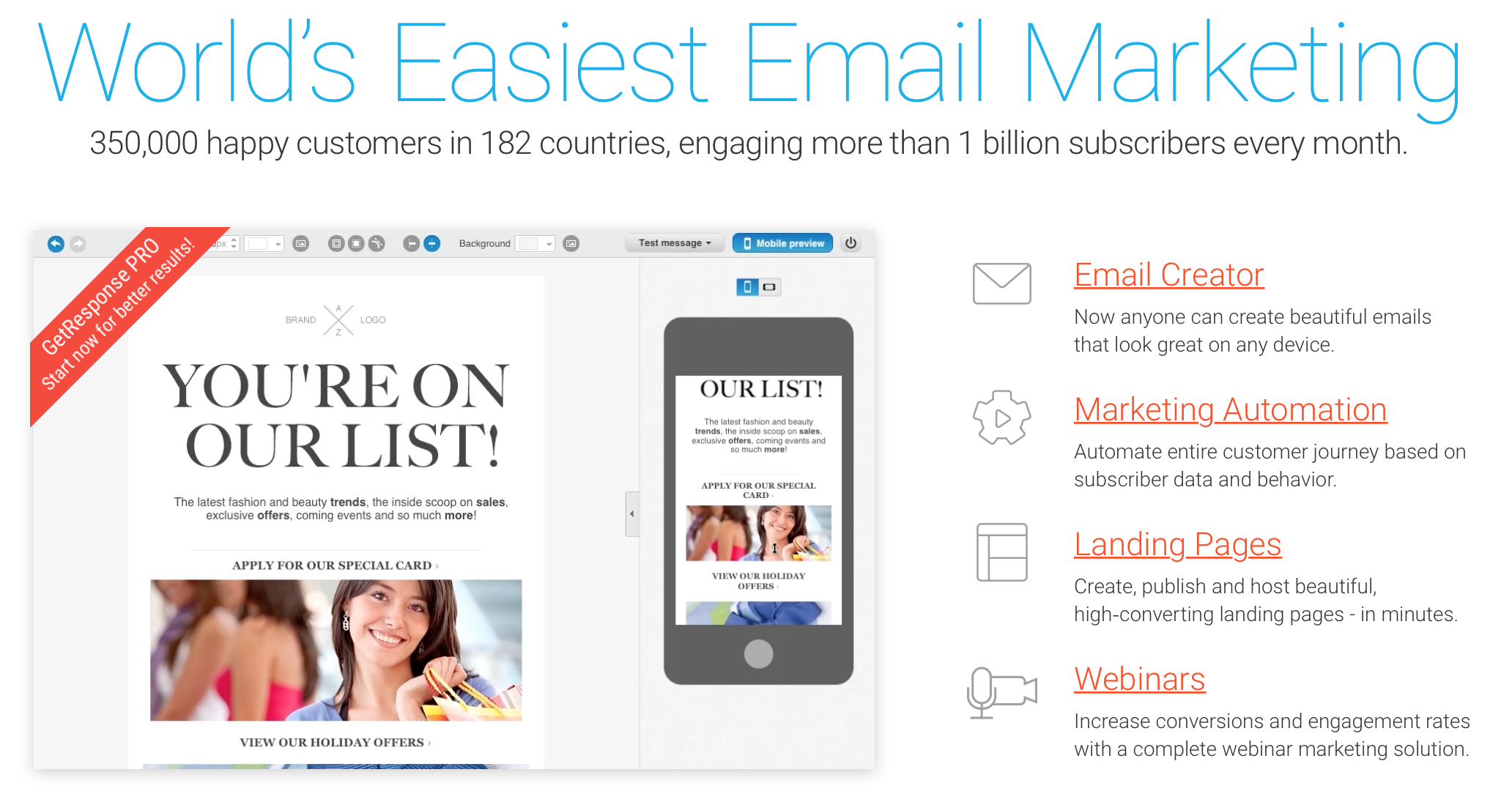 Now, not everyone of us is a designer, or has the time to design the templates themselves. Additionally, once we design a templates, I personally have to spend atleast couple more days experimenting with it, if it will be a good conversion optimized template or not.

The good news is, GetResponse has over 500+ Pre-designed professional Email templates already! So well that eliminates two problems at once. First, the need to design templates.

And second, the doubt if they’ll work. Cause if they didn’t, they wouldn’t exist with GetResponse.

Now, Constant Contact too is good at it’s job and hence you get Pre-designed templates with it too! Not as professional or nearly as many as 500, but well you do get some.

Before your campaign can produce results, it needs to get to your subscribers’ email ID’s, right?

Now again, GetResponse has been participating in feedback loops  with almost all the major Email Providers out there since 1998, what this means is, all the major email providers have listed GetResponse in their whitelists.

Combine that with GetResponse’s 99% Email Deliverability rate, I’d say that makes it almost a 100%.

Although, ConstantContact might not be as close to the Email Providers as GetResponse but well it does have a great reputation which means it’s whitelisted too. 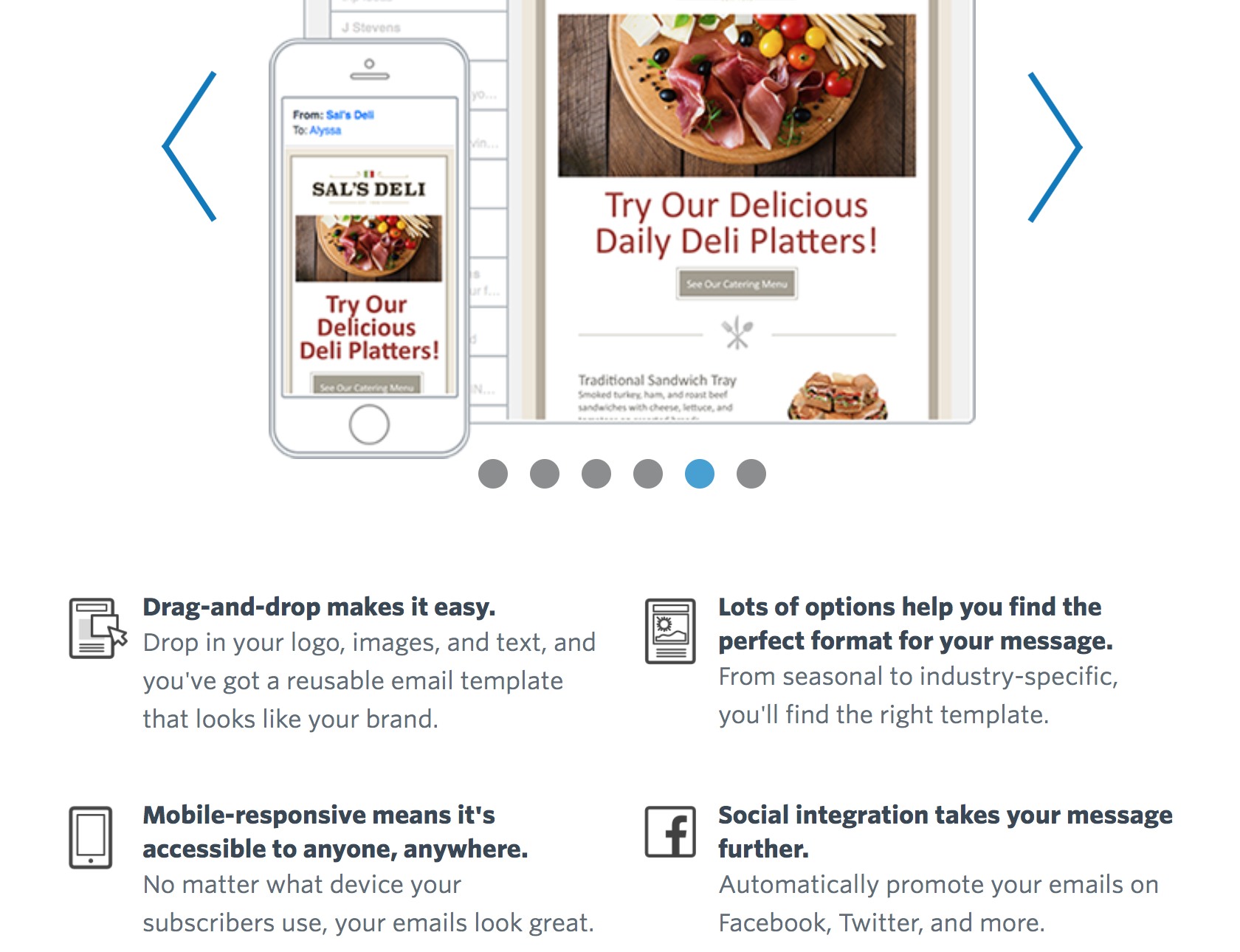 So if you’re taking deliverability as a factor, I’d say you can go with both of them, they both know what they’re doing.

Now GetResponse has a pretty advanced autoresponder algorithm. You can send people automatic Emails on their birthdays, or maybe when there’s a certain action from their end, like adding something to a cart, but not checking out.

Basically you can create endless scenarios with GetResponse’s autoresponders based on your needs.

ConstantContact while on the other hand too is equally good and trustable. It let’s you send event-based automated Emails too.

Although I’d say I’d go with GetResponse as far as autoresponders are concerned, as this feature of creating endless scenarios without ever needing to touch code is something that constant contact is missing at the moment.

I’m meantioning this feature because when you’ve a big enough list, sending every guy every kind of E-mail is the best way to make them unsubscribe!

So if you don’t want that to happen, you need to segment them into separate lists, and GetResponse has an extremely advanced Segmentation feature.,

You can segment your Email list with GetResponse based on:-

If that’s not enough you can make your own custom parameters for the segmentation. So boottomline? GetResponse’s segmentation is pretty advanced.

InfusionSoft:- On the other hand, InfusionSoft has a “filter” but it’s no where GetResponse’s Segmentation.

GetResponse is an all in one tool which you might have guessed by now.

So well Getresponse has a Drag & Drop landing page builder for you, with over 100+ Pre-designed templates for almost every kind of need.

Meaning you don ‘t need to touch code and you still can have the most professional landing pages on the planet.

InfusionSoft:- InfusionSoft doesn’t have a landing page builder, simple as that! It does have an “event page builder” though, but it’s extremely basic, and trust me if the “design” of the page isn’t professional enough, your visitors won’t trust you enough to give you their Email ID’s.

While ConstantContact’s lowest price is $20/month.

So if you ask me for a final verdict, I’d say both the tools are good, no doubt.

But it’s just that with GetResponse I get more, a lot more features + and extremely advanced landing page builder (saving of a minimum of $80!) .

While infusionSoft isn’t as feature rich as GetResponse and it still is priced higher than GetResponse. So well, My vote goes to GetResponse, simple.