When you used to hear the word bike or scooter, the first image that popped into your head was that of a child riding it. These days, things have drastically changed with the apparition of revolutionary and quite affordable E-bikes and electric scooters that make commutes for adults more fun, convenient, and help cut down on costs for those who used to ride their cars over relatively short distances.

As these alternative means of transportation became valuable for everyday mobility, especially for those who think of themselves as fighters in the war against pollution and reckless use of the natural sources provided by Mother Earth, their sales numbers have considerably grown, streets being flooded with them all over the country. However, we need to keep a realistic perspective and admit that there are downsides to riding an E-bike or an electric scooter instead of their traditional counterparts that don’t require electricity to run. 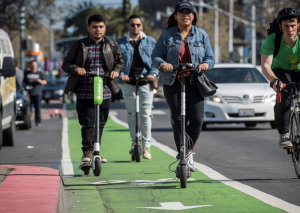 Technically, you don’t save either when you compare them to your car, but you do indeed save a lot of time and energy if you compare these transportation means do their classic, traditional counterparts. Even if the electric bike has you pedaling, just like the classic model does, the speeds it can reach are incomparable. On the other hand, the E-scooter is much more convenient as all you have to do is sit vertically on it, change the speed with the controls on the handles, and steer it – no more swinging your foot on the ground continuously to move ahead.

A study has revealed that, on average, a car releases 229 grams of greenhouse gases per passenger, per kilometer. On the other side, the same study shows that electric bikes and scooters produce significantly less greenhouse gases in the same circumstances, more precisely approximately 16 grams. Thus, as you switch to using them, you cut down your carbon footprint dramatically.

Realistically speaking, this is a benefit you will reap only when using an E-bike as the E-scooter doesn’t require you to do any movement except for sitting on your feet while riding it. On the other hand, the E-bike, just like an ordinary one, has you pedaling in order to make it move and reach your destination. As opposed to the car, transportation means that you consume 0 calories when you use, by riding the E-bike for your daily commute, you can burn up to 600 calories depending on the distances you must cross. If you keep at it, weight loss will be visible in no time, your lower body muscle mass will improve greatly, and you will be toned. 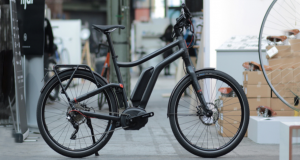 For those who live in big, crowded cities where traffic jams seem to be a normal thing by this point, especially during work days of the week, getting the chance to sneak pass the chaotic traffic is a bliss, and you can enjoy this perk if you use one of these methods of transportation. However, you are limited as using them on the sidewalk is not recommended, incidents having a higher chance of occurring if you do so.

Let’s face it, no one holds the action of spending money on gas dearly. No matter the area you live in, one thing is for sure – a good part of your hard earned cash is thrown away on supplying the car with fuel to get to your destinations conveniently. However, you can get there just as conveniently with the E-bike or scooter, and with way less money spent as there is no gas fuel involved due to the fact that they need to be charged using electricity. For your wallet and overall financial situation, this is a heaven sent.

Back in the day, you were more likely to see a child on a bike or scooter, but these days, adults are going crazy over these alternative means of transportation as they are more convenient, economic, and fun. However, there are always downsides that have to be takes into consideration, and E-bikes and electric scooters make no exception, boasting positive as well as negative aspects.