The average users of the internet might not really be aware of the difference between 3G & 4G internet. All that they really care about is being able to go online when they want and when they have to. That’s enough for them. But in this day and age when internet is playing an ever increasing role in our lives, it is important that we should stay aware and knowledgeable as to what each type of internet connection can bring. The speed of technological development dictates that there would be a lot of differences in details already. You can find out more about the different iinet ADSL2 data plans on their comparison page.

First of all, we have to find out what 3G & 4G are in the first place. G stands for generation of technology in mobile communications. 3G 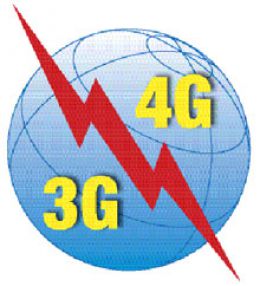 The third generation of mobile communications technology first came into common use in 2003. It offered a minimum speed of internet connection at about 144Kbps. Since then the technology has changed so much that it is now possible to get connections that reached 400Kbps or many times faster than that and that is still considered to be 3G.

A new generation of technology is supposed to have new base technologies, higher voice quality and bigger capacity when it comes to data handling.

What’s the Deal with 4G?

Now we come to 4G internet. Using the explanation that we have given, 4G internet should mean connections that are a lot faster than what we have been used to. But things are more complicated than that. There are several technologies that are claiming to be “4G” that that term is now almost meaningless. A worldwide governing body, the International Telecommunications Union tried to remedy the situation by setting guidelines on what can actually be called a 4G technology, but carriers and providers from different countries conveniently ignored the guidelines that were set by the ITU.

The three most common technologies being referred to as 4G are the following:

Some people consider LTE as the only technology that is really fast enough to be considered as a fourth generation technology, but some are saying that even that isn’t fast enough. If you really want to take advantage of the latest technology when it comes to internet connection then you should check what the latest offering of your provider is. Sometimes the 3G offering is faster than the 4G of others, so you need to consider that.

Don’t fall for the ads of providers claiming that their latest 4G offering is the fastest internet connection that you can get. You should always check the specifications to be sure that you are actually getting an upgrade and not just the same speed with a different name. You might actually get a slower connection when you go 4G.