‘Ultrasonic proximity sensors’ isn’t new to your ears, but how much do you know about these sensors? Supposing you intend to buy one someday, basic knowledge about these sensors may prove beneficial in making an informed purchase decision.

Here, we’ll give you some relevant facts that you need to know about ultrasonic proximity sensors. 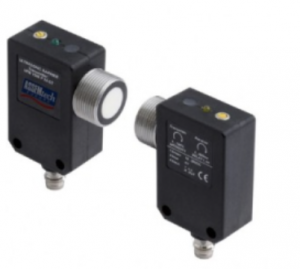 When the ultrasonic waves reach the targeted object, they get reflected to the sensor. The sensor then measures the time sound waves take to travel back. Using the time, the detector calculates the distance between itself and the target object.

Ultrasonic proximity sensors are designed to detect the presence of proximate objects without the need for physical contact.

Before you settle for a sensor, first analyze your needs and pick the one that best suits your needs.

An ultrasonic sensor can work in three styles, namely; diffuse reflective, reflex and thru-beam. In thru-beam, the sensor’s emitter and the detector act as two distinct units. The detector detects the light emitted by the emitter. When a targeted object passes between the two units, it interferes with the standard transmission of light from the transmitter to the detector. The change of the light reaching the sensor makes the unit detect an object.

In the diffuse reflective mode, the sensor emitter and detector are housed in one package with their fields of view crossing one another. The transmitter emits light unceasingly while the detector makes the detection. When a targeted object reaches then the sensor’s operating range, it reflects the light leading to its discovery.

A piezoelectric transducer, a unique sonic transducer, is an essential component of the ultrasonic proximity sensor. It’s used for the transmission and detection of sound waves.  The inbuilt transducer generates sound waves at a high frequency and assesses the waves reflected by the detector.

Hopefully, with the knowledge you’ve gained here, you stand a better chance of choosing the best possible ultrasonic proximity sensor for your needs.