Sony Mobile is now sending media invites for their Mobile World Congress press conference which is scheduled to take place on February 22nd at 08:30 CET, Barcelona.

Recently Sony had their CES 2016 press conference where no new Xperia smartphone was revealed and as per last year’s trend we can expect a new Xperia to be revealed at MWC 2016.

Check out the media invite sent by Sony below. 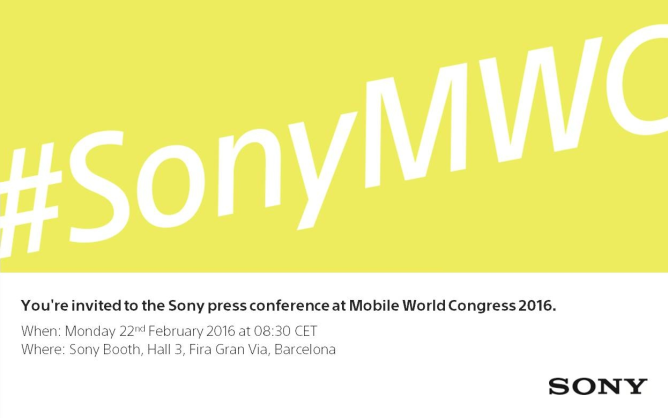 If you are going to attend it, drop by Sony Booth, Hall3, Fira Gran Via, Barcelona.

Recently rumours about Sony’s Xperia “Z6” series came and an alleged rose gold color Xperia C6 Ultra’s pic was leaked (we might see any of them to feature at MWC 2016).

We will post the live video link to view the press conference as when the date approaches, stay tuned till then.

What are you expecting from Sony this time? Let us know in comments below.