Sony Mobile is about to have a press event on 26 May in India at New Delhi where they will be launching a new Xperia smartphone with water resistance certification as judged from their media invite sent to us. Annotation on the invite reads as “Block Your Date, Tuesday 26 May 2015”.

In 2015, Sony launched only two water resistance certified Xperia smartphones i.e. Xperia M4 Aqua globally at MWC and Xperia Z4 in Japan exclusively along with Xperia Z4 Tablet so we can see any one of them or all at the press event getting unveiled.

Sony’s press event on 26 May 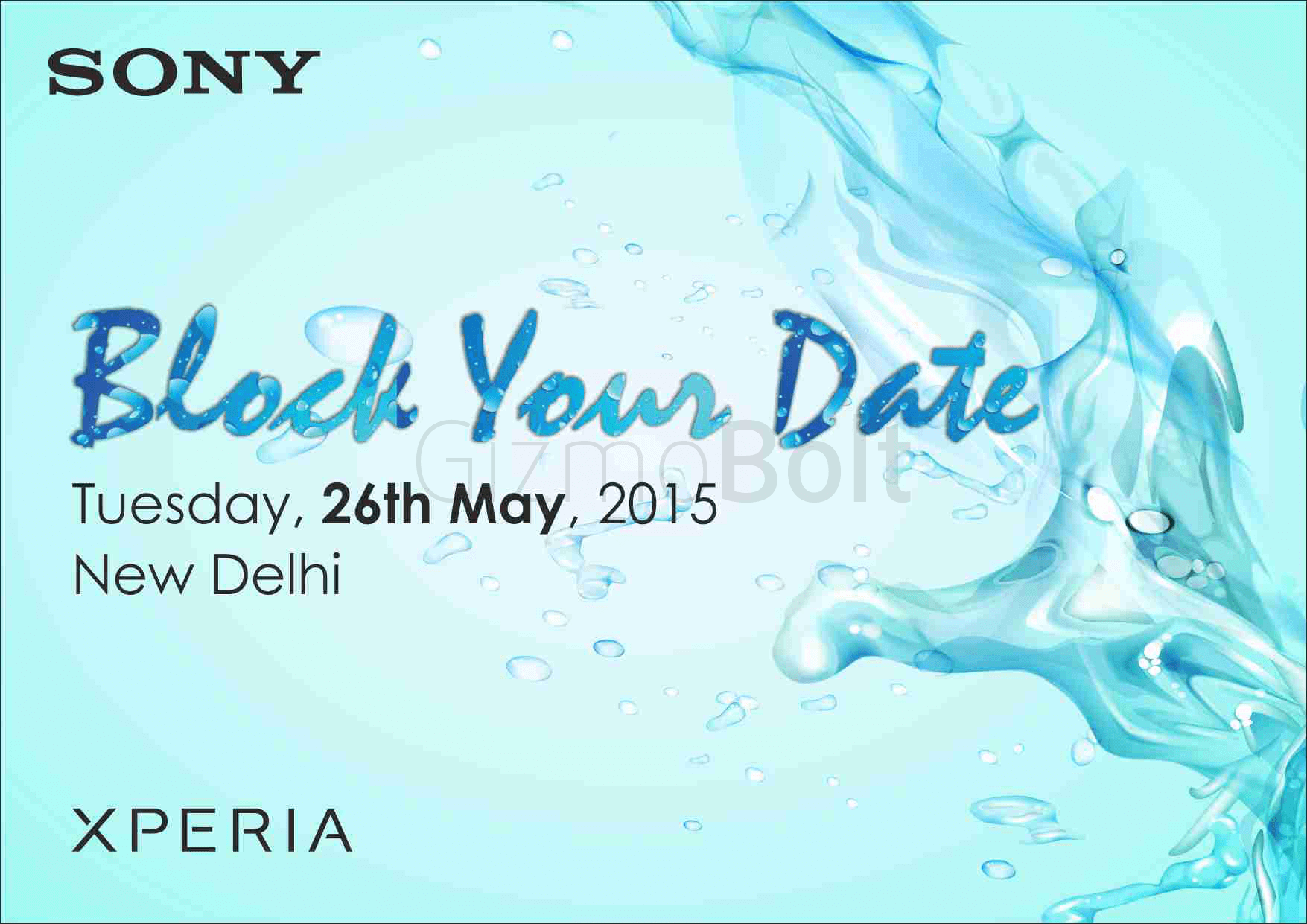 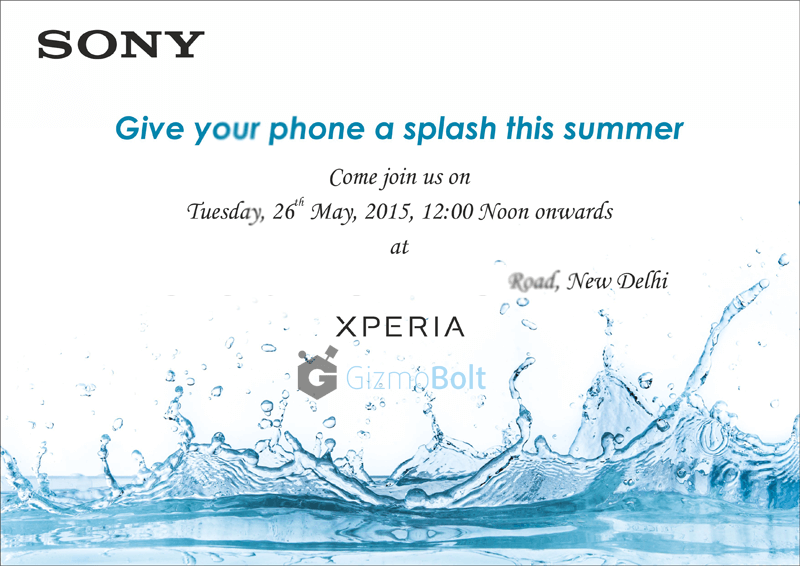 As you can clearly figure out from the press invite that Xperia device which is to be launched will definitely have water resistance certification so chances of either Xperia M4 Aqua or Xperia Z4 (or both) getting launched are there.

It is in rumors that Sony might not launch Xperia Z4 specifically to other markets except Japan, so we might see Xperia Z3+ getting launched (revamped version of Xperia Z3). Xperia Z3+ was recently spotted in the white paper of Sony Style Cover SCR30 for Xperia Z4.

We will bring live updates from the event, stay tuned. Which device you would like to see getting launched, let us know. Drop your comments below.

Thanks for the tip, Parth!