One of the good news for Sony Xperia users is that Sony released Android 5.0.2 Lollipop update today on Xperia Z3 and Xperia Z3 Compact, whereas Sony is busy rolling Lollipop update; an alleged pic of Xperia Z4 has been leaked online showing us the first glimpse of Xperia Z4 pic from Sony’s promotional images (might be).

@OnLeaks tweeted earlier that Xperia Z4 will have dimensions 146.3 x 71.9 x 7.2mm (too much similar to Xperia Z3) and now a pic showing Xperia Z4’s front display is exposed.

It follows the similar Omni-Balance design like Xperia Z3 but with no ports or flaps on right side, exactly like the leaked Xperia Z4 frame showed, all the ports and flaps will be present on left side only. 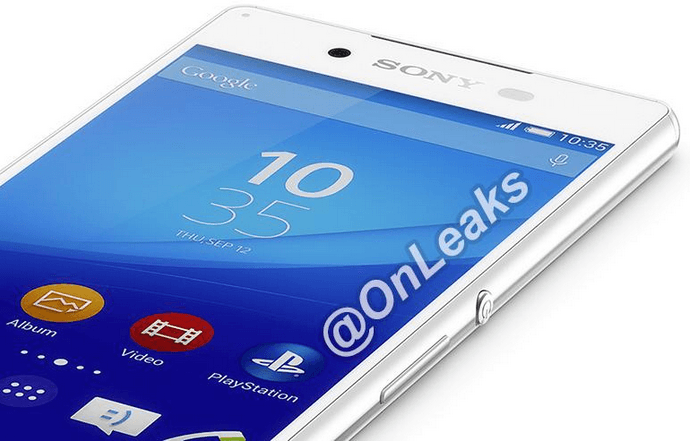 In pic. we can see it is running Android Lollipop.

Check out the tweets we got today on Xperia Z4.

We will keep you updated if more info comes on Xperia Z4.

Thanks for the tip, STJS Gadgets Portal!