Sony has updated its Album app to newer version 6.3.A.0.10 which we recently spotted in Xperia Z3. Sony Album 6.3.A.0.10 update  brings much awaited option “hide pictures from the grid and top area” and “select all pictures option” added. Update is confirmed on Xperia “Z” series handsets, Xperia L, Xperia SP etc.

Sony Album 6.3.A.0.10 update brings rotation feature in PlayMemories Online content and other bug fixes and performance enhancement. Update is only available as OTA update in the update center app. 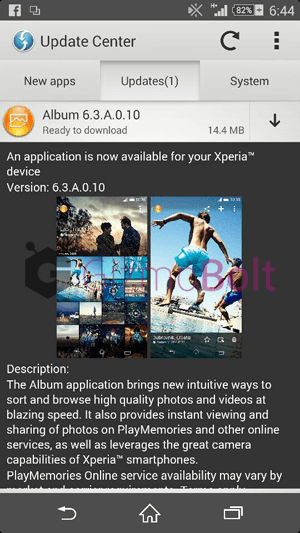 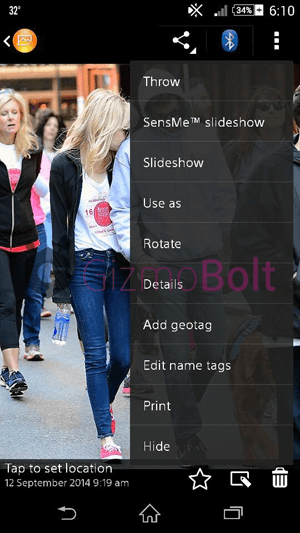 If you haven’t got the Sony Album 6.3.A.0.10 update yet then download the apk from below and install it like a normal apk. It is confirmed working on non rooted android 4.2+ device. 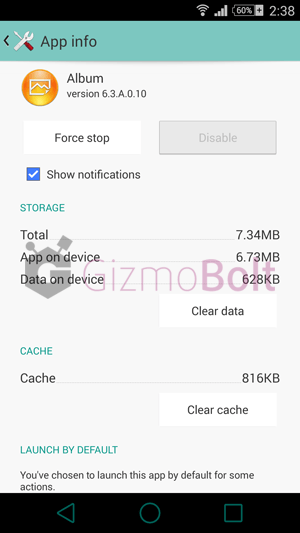 Many users who have updated to this Album app version are complaining of screen flashing on the app, are you facing it also ? Let us know. Drop your comments below.